Stepping Back in Time

A late catch up this one. My husband and I were returning to Queensland after my 70th birthday climb of Australia's top ten peaks. We had planned to spend more time exploring the Snowy Mountain area, but discovered accommodation was all but non existant.

The Snowy Mountain Hydro Electric Scheme 1947 - 1972, is expanding. The first workers lived in 100's of temporary camps. The accommodation for the Snowy 2 workers is still being built, so all the 'tourist' accommodation is booked out. The result was that we ended up getting a bed at Gundagai, well on the way to our road home. This turned out to be a positive. Gundagai was a beautiful historic town and we stayed 3 nights.

On day 2, we drove the short distance to explore Junee, a town serving an area of wheat, sheep and vineyards. Whilst the town's historic buidings didn't have the wow factor of those in Gundagai, we were thrilled by the town's rail history and especially its Roundhouse Museum.

The Great Southern Railway, Sydney to Albury was built in the 1870's, through Junee. Many branch lines were built from here, making it the hub for workshops. The elegant, station refreshment room was essential for the long distance traveller.

The station - opened March 1885. The original wooden station had burnt down. 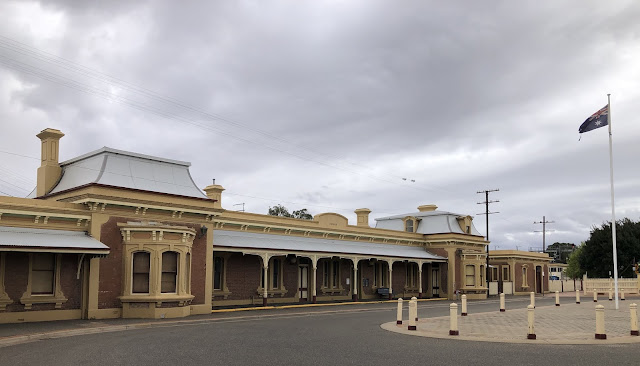 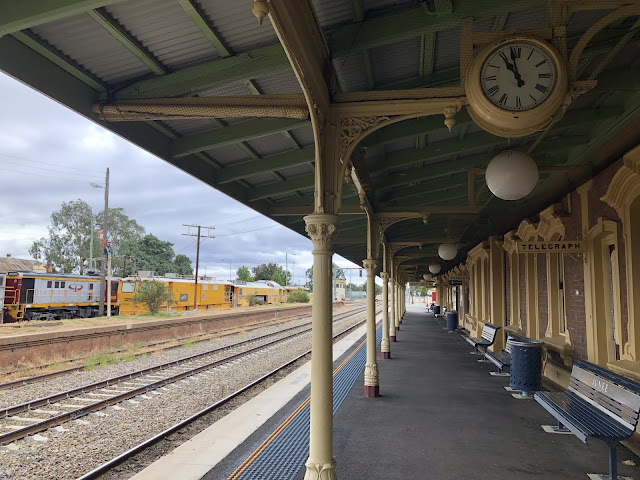 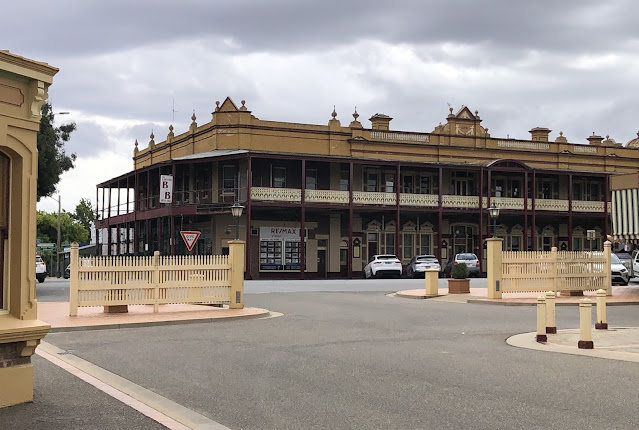 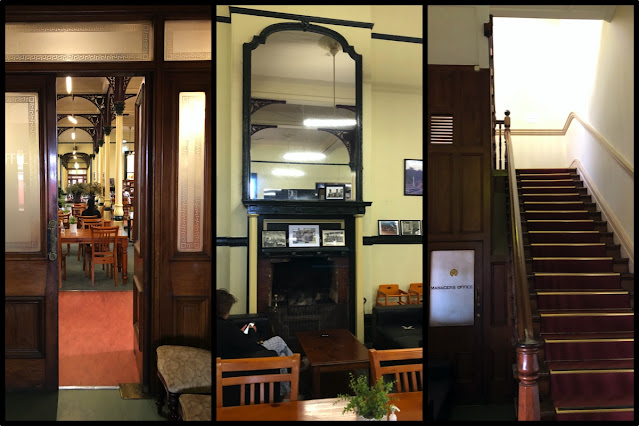 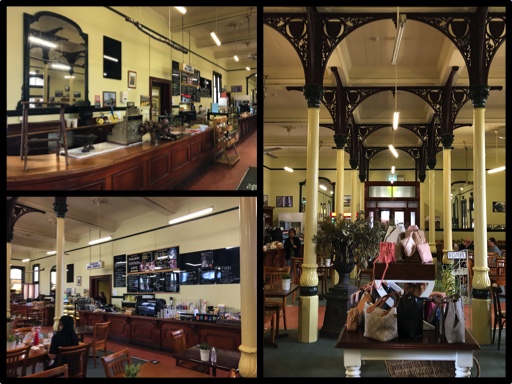 In January 1947 a 42 road, fully covered roundhouse was completed on the outskirts of Junee. On reading of the existance of this building, it was a must to find and visit. Several wonderful hours were spent exploring the museum and watching the work of the active section.
It was to be the last depot built by New South Wales Government Railways, but at that time, it was the largest in the Southern Hemisphere. It was closed in 1993, but thankfully in 1994, half was created into a museum and half leased to Austrac a private rail operator.
The original plan and an old aerial view. 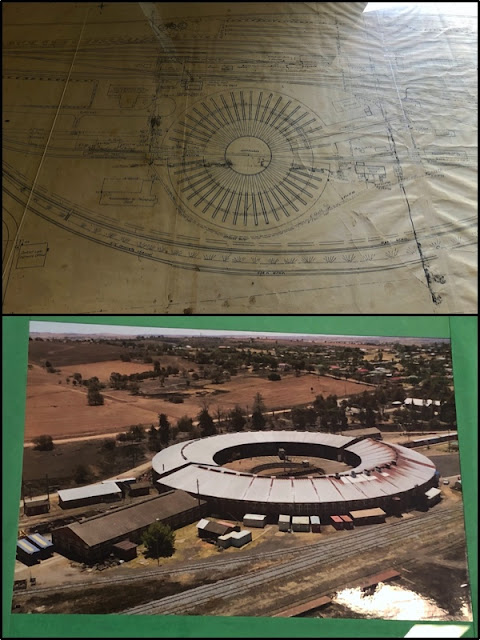 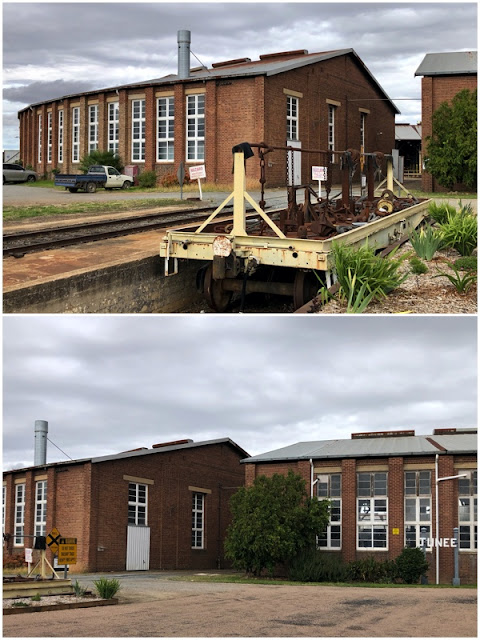 The museum - Its memorabilia was quite familiar to me, as Mooloolah, the country town near my parent's dairy farm, had a railway station. During my high school years, I cycled several kilometres to it, to take the 45 minute train ride to Nambour and high school. 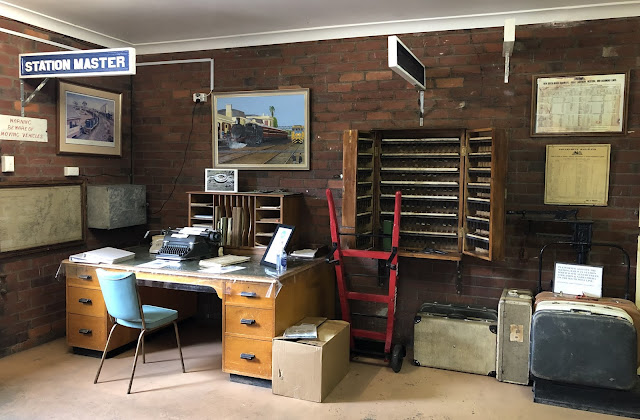 The Roundhouse had 42 bays. Half of these were filled with engines and carriages of  bygone years. I was again filled with nostalgia. 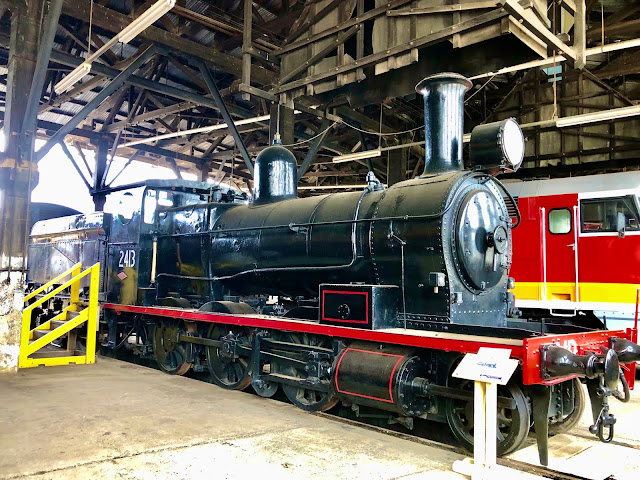 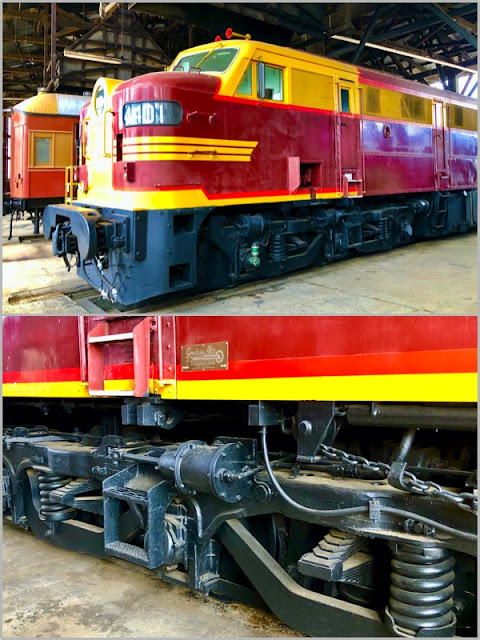 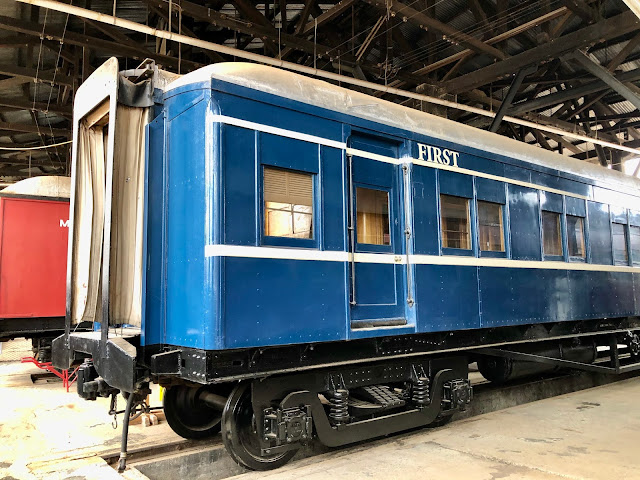 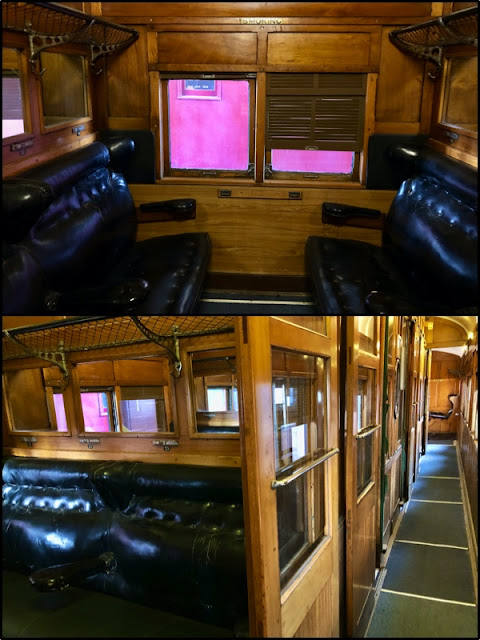 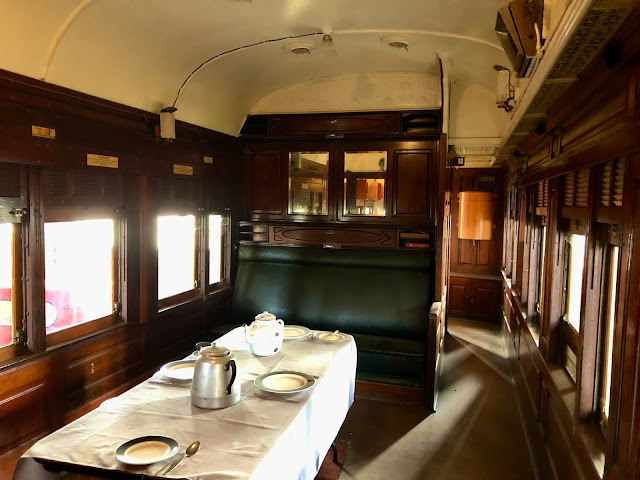 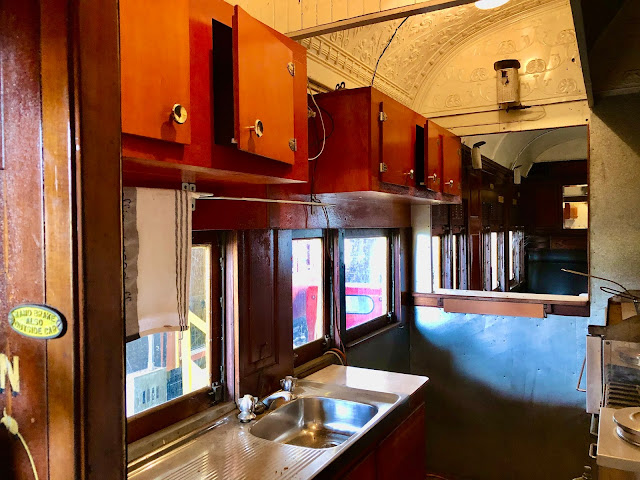 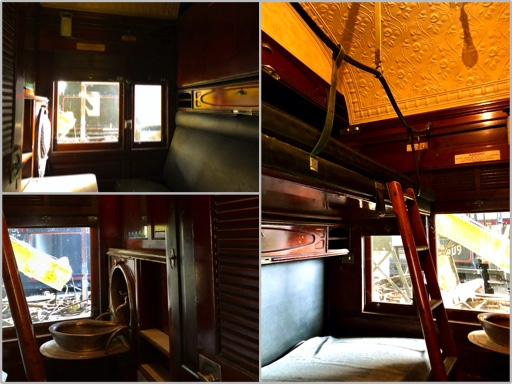 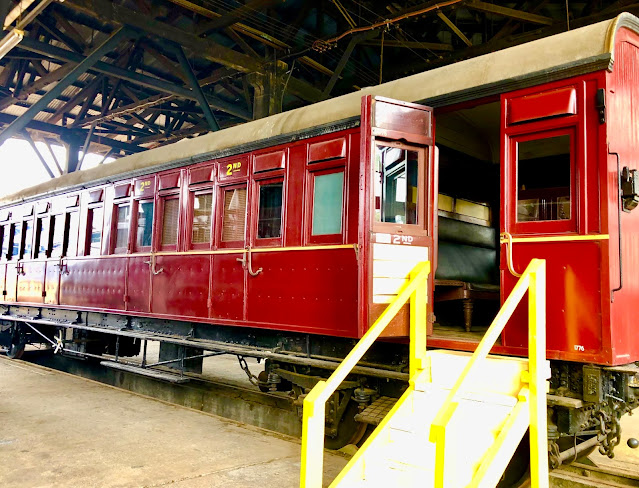 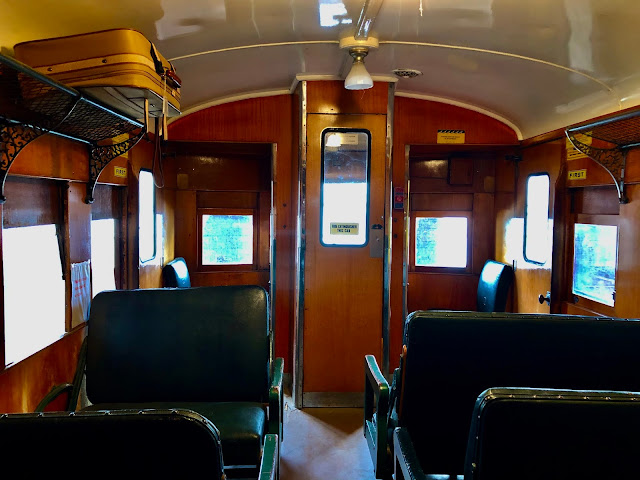 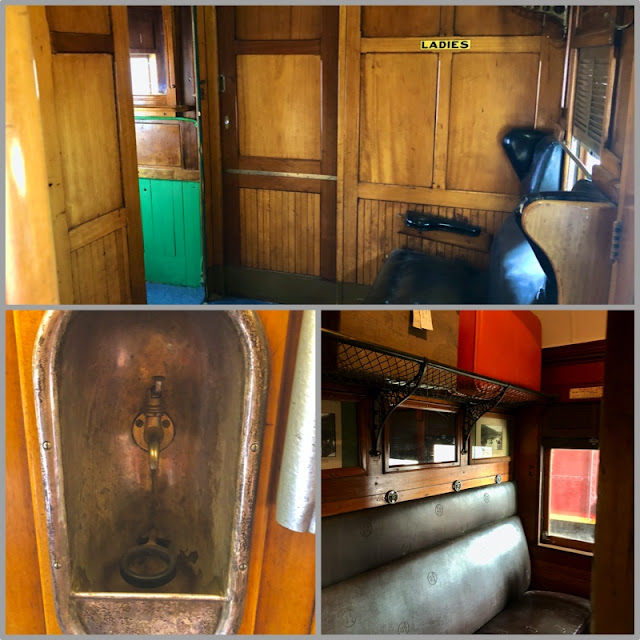 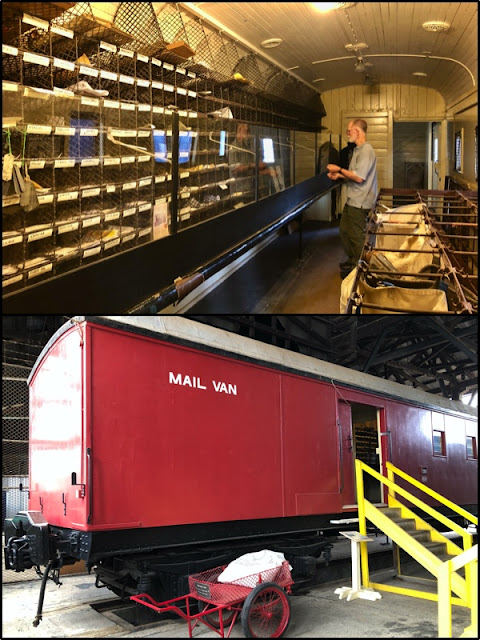 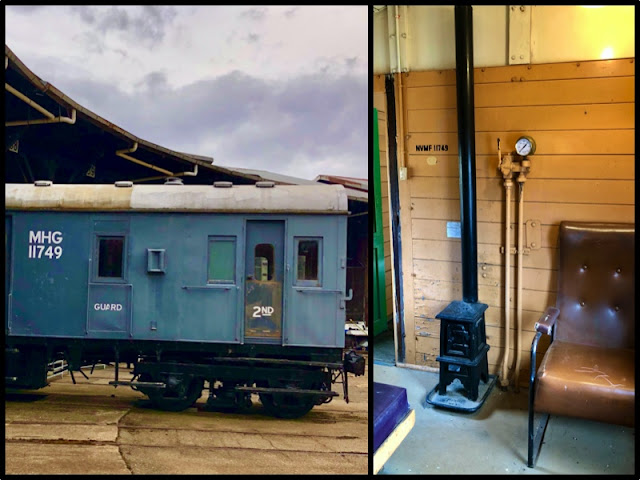 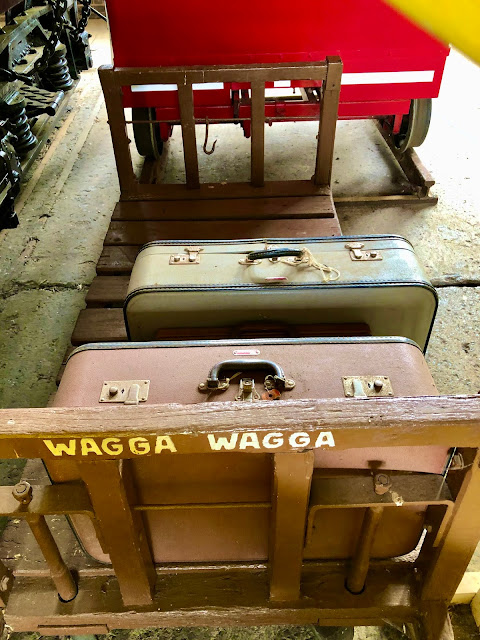 Several, wonderful hours were spent enjoying the roundhouse, reliving memories of our train experiences of the 50's and 60's - the chugging of the engine, smoke filling the sky, coal grit in the eyes, the rythmn of the clicketty clack on the rails, wooden panels and leather seats, snap shots of life slowly passing by and  the excitement of the journey.
This was interrupted on several occasions by activity in the workshop half of the Roundhouse. An engine pulling another engine arrived. 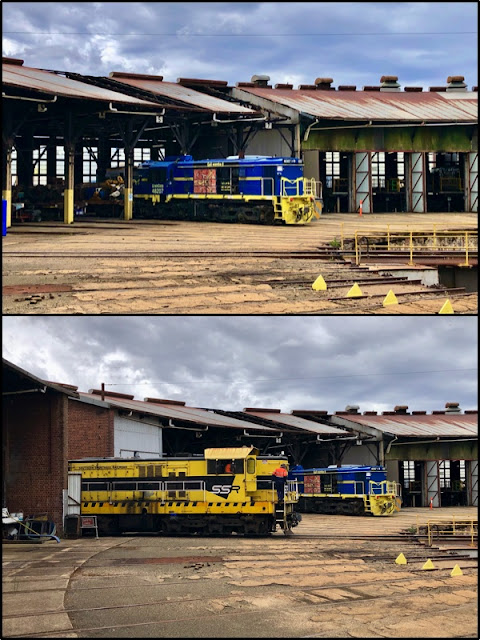 They crossed the turntable and exited. 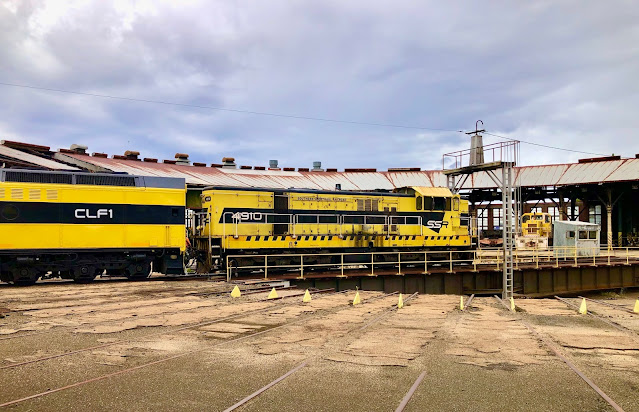 Another engine entered from the north. 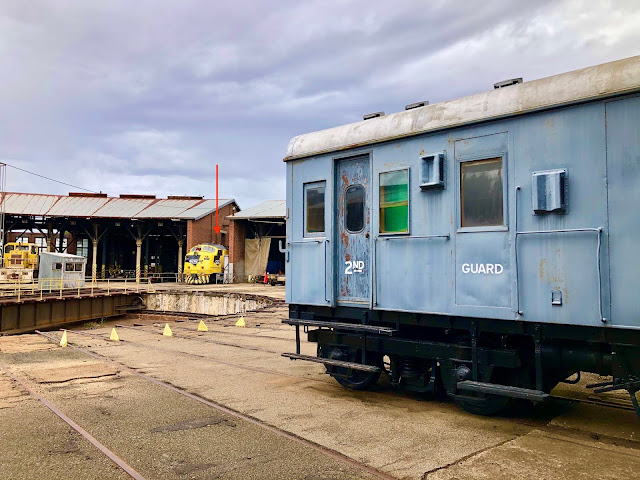 It broke down, and its drivers had to wait for the work crew to return from lunch. 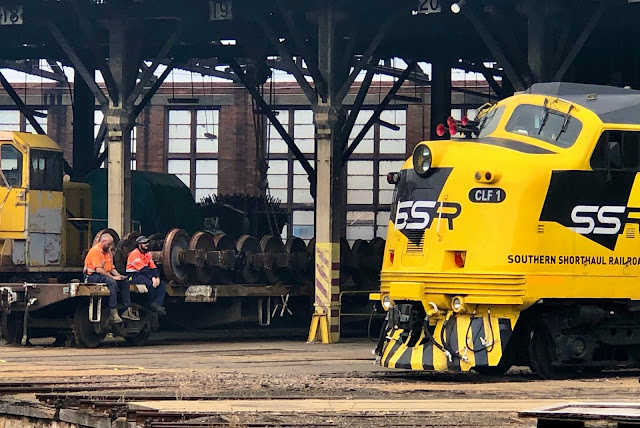 The train was unable to be fixed. Engine 4532 had to be woken, turned round on the turntable and linked. 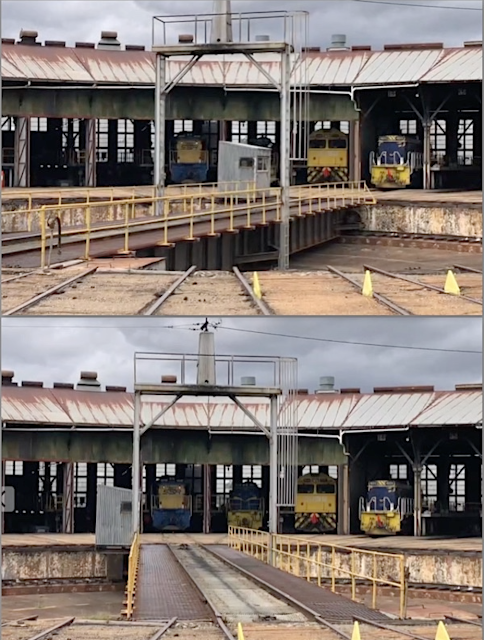 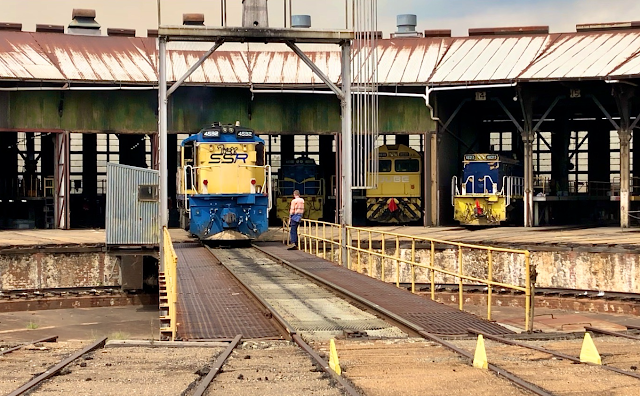 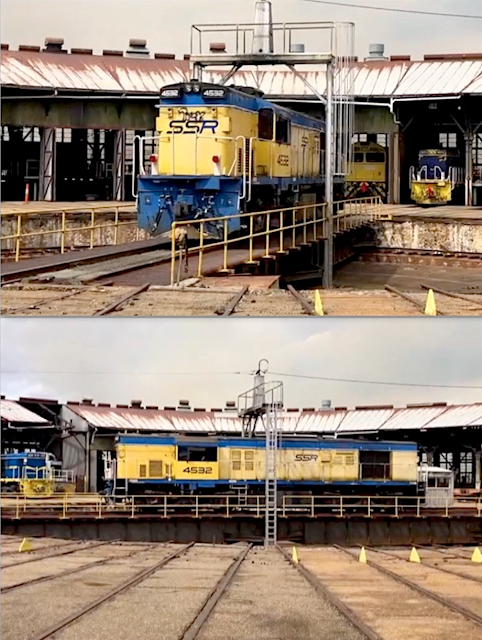 The recovery engine driver had a lot of time to fill in! 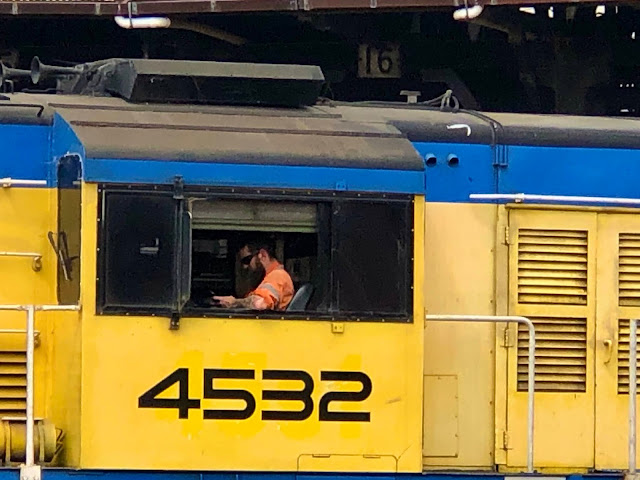 A wonderful, wonderful visit. I hope you have enjoyed it as much as I hope our Ben will enjoy it, through his visit via this book I made for him. 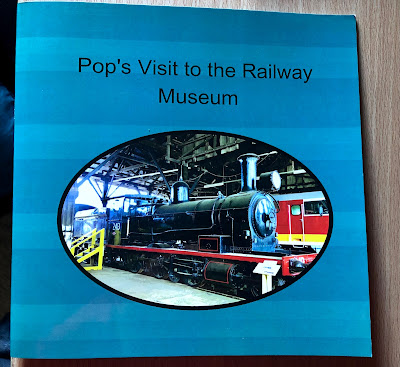 I would love to read your comment.
Posted by Helen at 14:56