Growing up on a farm, I soon learnt to spot storm clouds. On reflection, I recall that they regularly rolled in just as milking was about to start, around 4pm, or as a high school student, when I had to make the ten minute dash from school to railway station.

I was extremely nervous of them. My bedroom curtains would be closed and I would hide my face under a pillow. When I was about five, lightning struck a tree near our garage 60 m from the house. Thankfully the burning tree caused no damage to the building. At about 12 years old, a storm rolled in just before milking time and I bravely sat on the verandah with my parents, watching . It was a spectacular storm. I felt incredibly brave, until the Weather Gods threw in the drama of a fireball flashing through the sky and descending on the far side of our 90 acre property. As a teacher in the junior school, I soon had to learn to mask my fear when early afternoon storms rolled in. As a mother, that still wasn't easy.

Eventually I learnt to relax and enjoy these magnificent light displays. I've now lived in the city for 37 years but when its dry, I still yearn to see the white anvil cloud darken, an listen for its distant thunder. I eagerly watch our radar site to watch for formation and progress of any storms.

Like so much of Eastern Australia, drought hovers. Watching the radar late yesterday afternoon, we could see that areas to the south east of us would receive heavy falls, but our chance of any was slim.
Joy of joys, that scenario rapidly changed. Our first spring storm arrived with driving rain, small hail and non damaging wind around 6pm. 21 millimetres filled the gauge and several other minor cells that rolled by during the evening, added to the total. My garden rejoices! 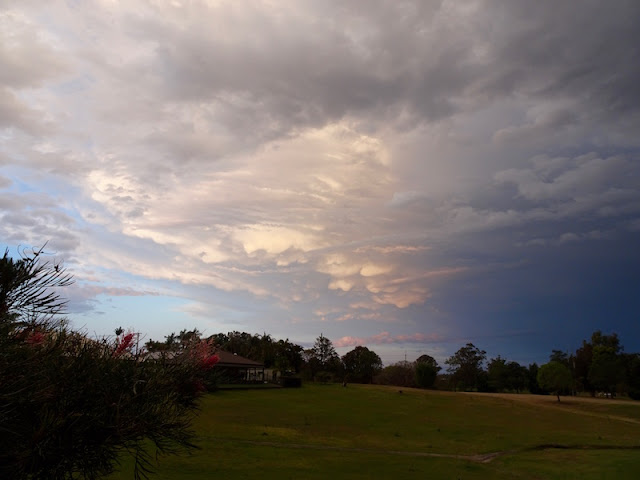 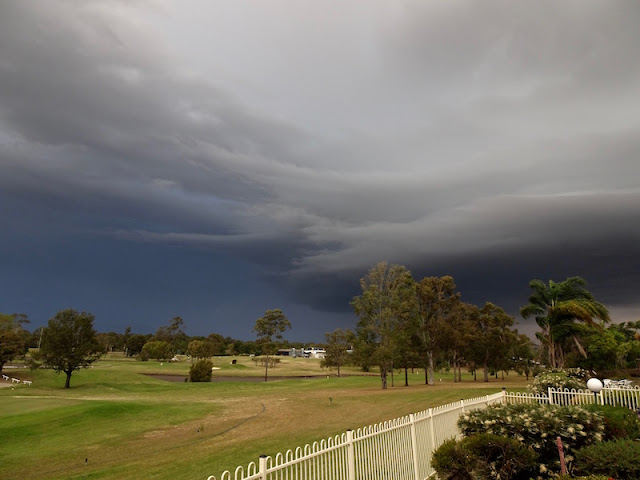 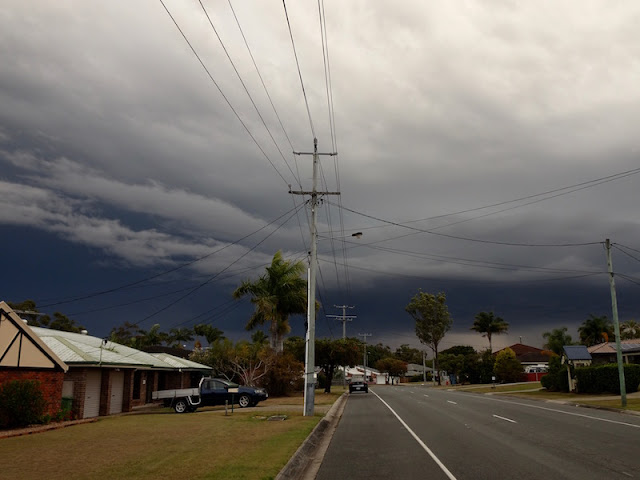 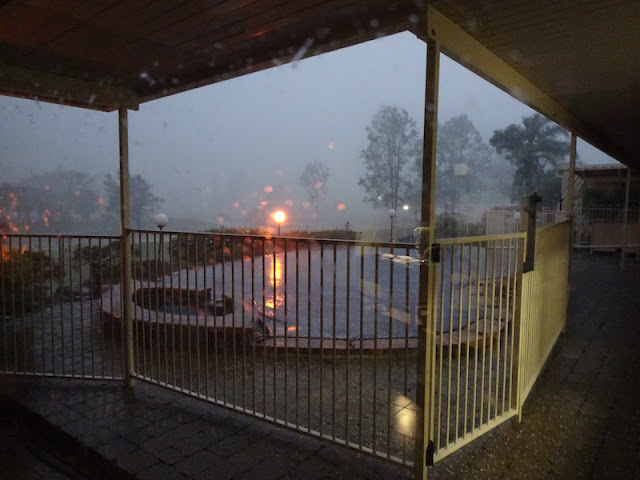 The hail on our pool cover. 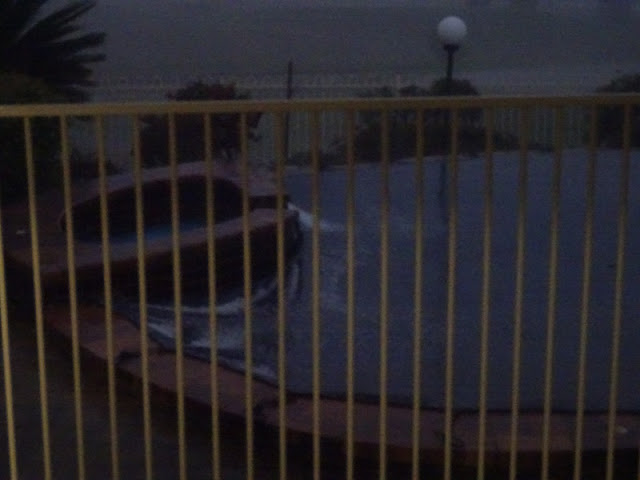 Belatedly adding these photos of the same storm at Beaudesert, 45 km away and Tenterfield 255 km. We had driven through Tenterfield on Monday afternoon. So glad it wasn't a stormy day then. 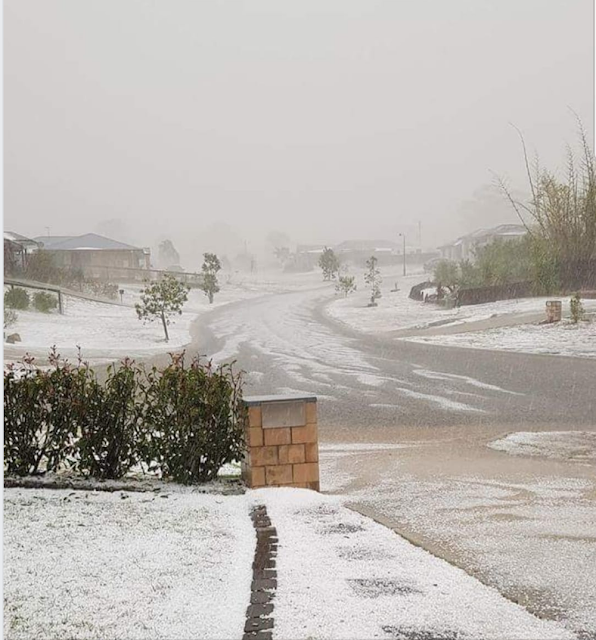 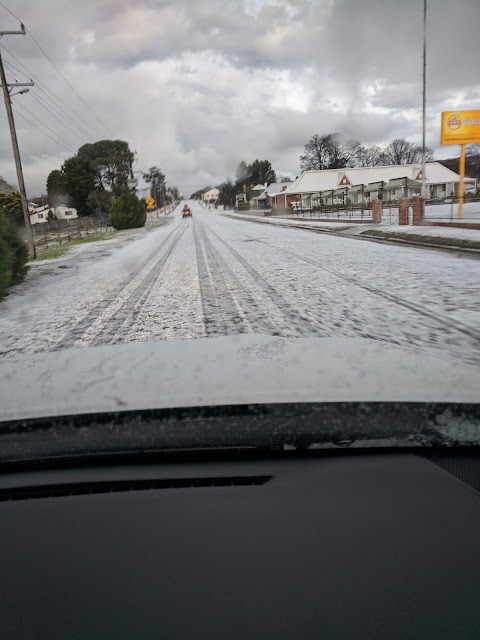 And 12 hours later, the hail was still on the ground. 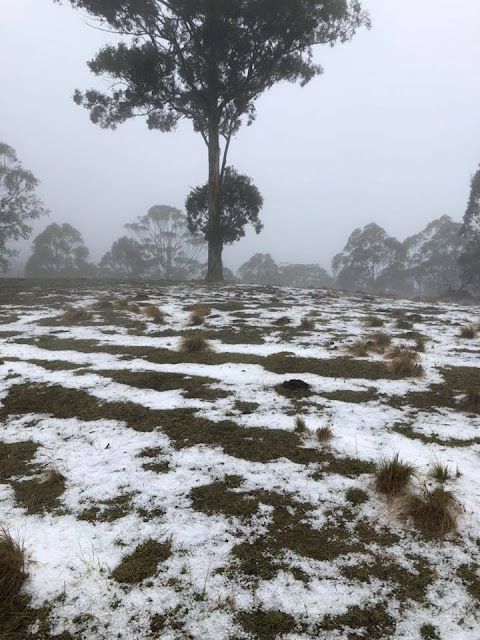 Today was hiking day with the Hungry Hikers. Our meeting point was King George Square, Brisbane, which was serendipitous. We discovered that we could not only enjoy the famous 'Ekka strawberry icecream' but in so doing also support our strawberry farmers, who have been doing it extremely tough. Drought, low prices and then someone with nothing better to do, added a few needles into packaged strawberries, resulting in recall and then frightened customers.

Apologies for the following layout. I had copied and pasted an article, then deleted but the format won't change. I'm short on time to try and fix things.

So not only did the Hungry Hikers support the farmers this morning, they were interviewed by ABC 612 am radio, and managed to be on Ch 7 News albeit in the background. A fantastic start to our city hike. 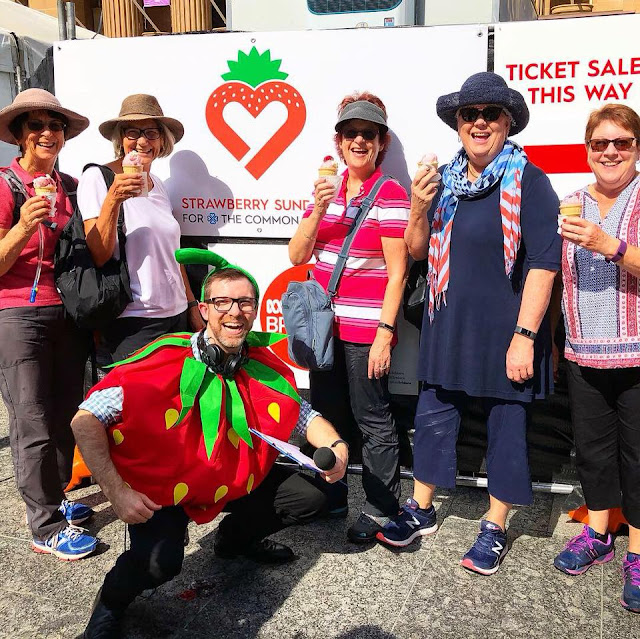 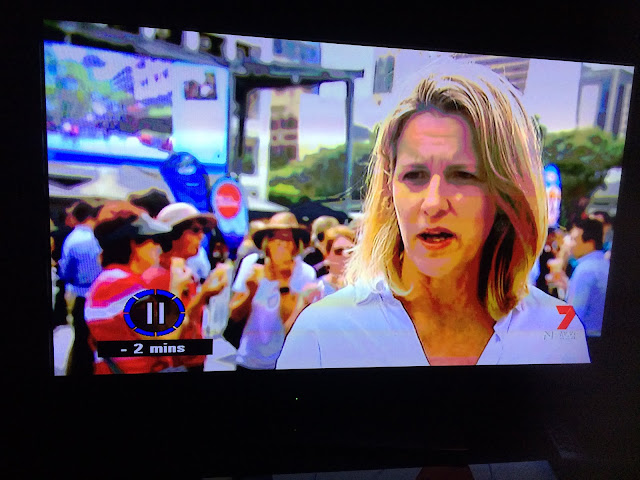 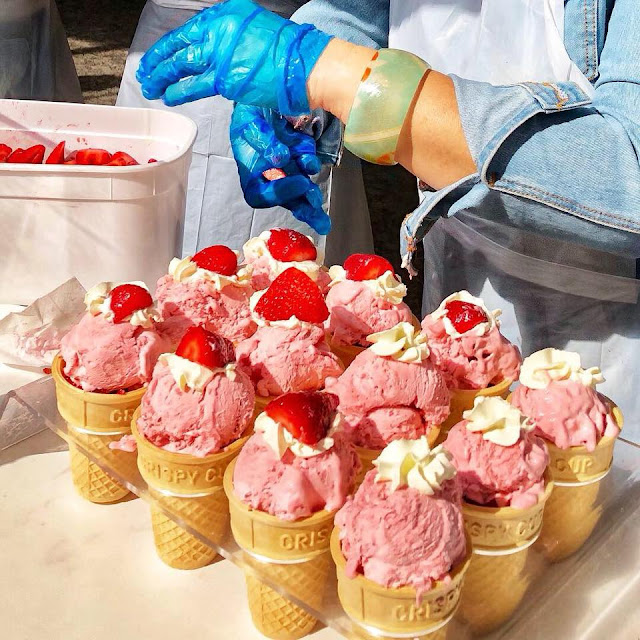 People were drawn by the thousand, tempted by the lure of the famous Ekka strawberry sundaes and the opportunity to support farmers devastated by the strawberry contamination scare.

But by mid-afternoon on Wednesday, the pop-up stall organised by the Prince Charles Hospital Foundation in Brisbane's King George Square had sold out of sundaes, selling more than 14,000, and using up 700 kilograms of strawberries.
Strawberry grower Mandy Schultz and her 12-year-old daughter Madeleine travelled from the tiny town of Wamuran, west of Caboolture, to shake hands with people and chat about their plight.
“It’s been really hard for us since this happened,” Madeleine said.
“We just wanted to come out and say thank
you to everyone.

I would love to read your comment.
Posted by Helen at 15:44