Our summer has been long, hot and steamy. Until 2 weeks ago, rainfall was scarce. Thankfully we have seen some wonderful deluges and all is green again.

My sunset view of one set of clouds retreating after dropping their load. 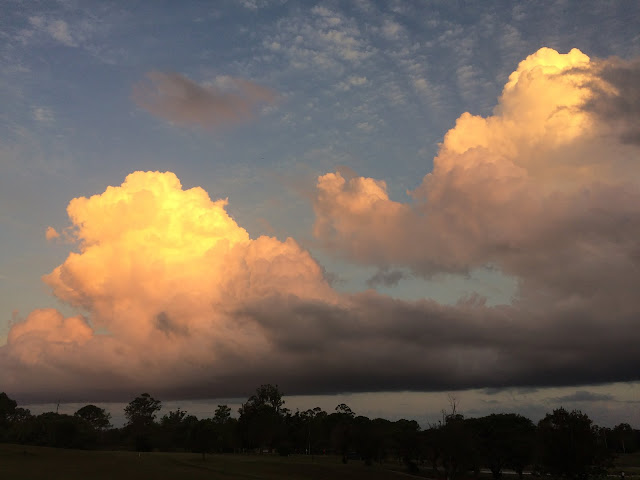 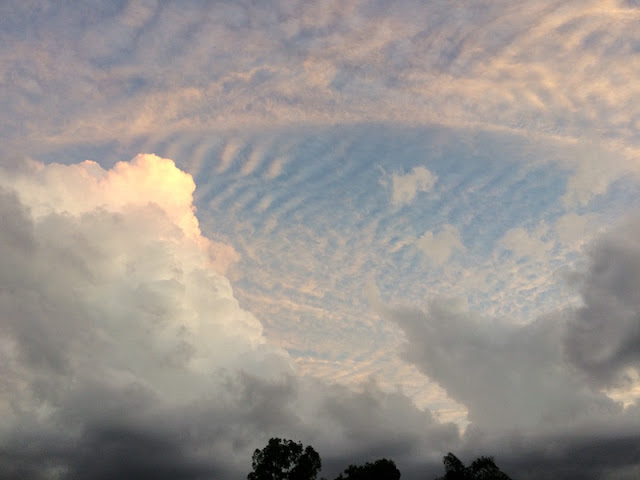 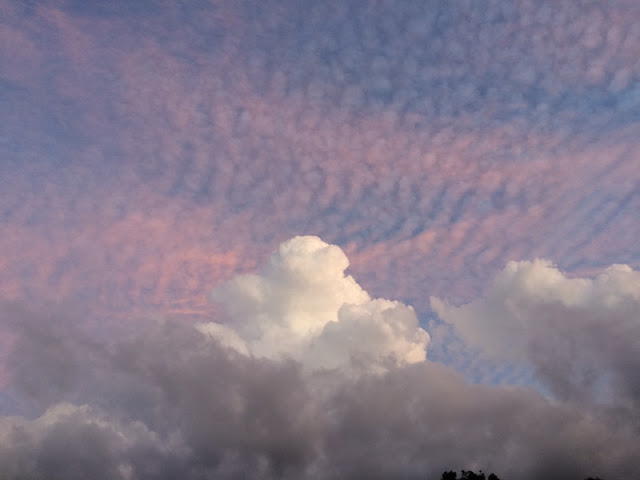 A night later we watched the full moon rise, only to see it quickly engulfed by dense cloud. 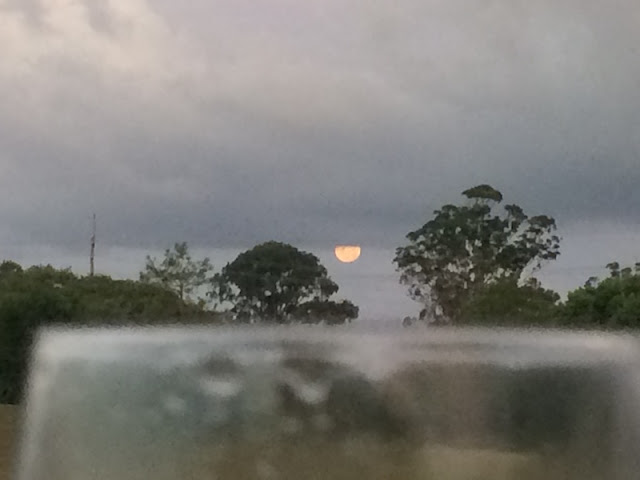 Many early morning walks had to be cancelled, but on this morning it was a joy to see fresh raindrops  still clinging to leaves and spider webs. 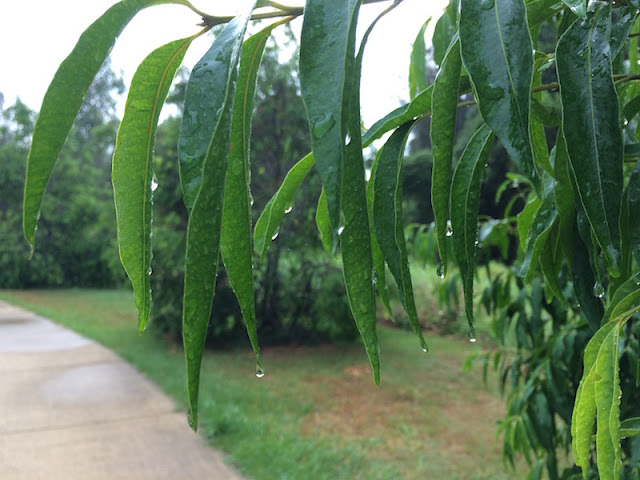 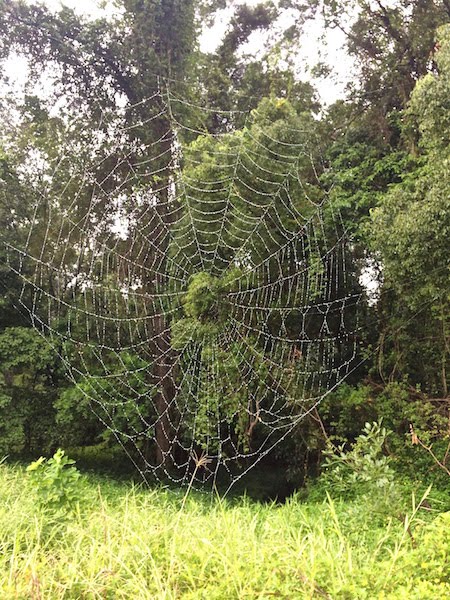 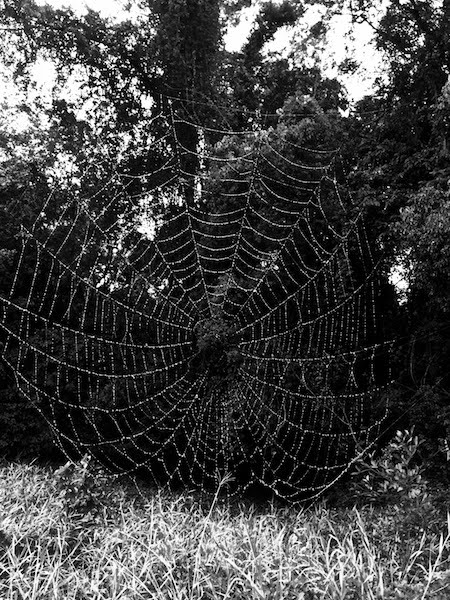 We have a garden bed of azaleas immediately outside our bedroom . Several mornings ago I woke to see these pure white fungi, emerging from the mulch. 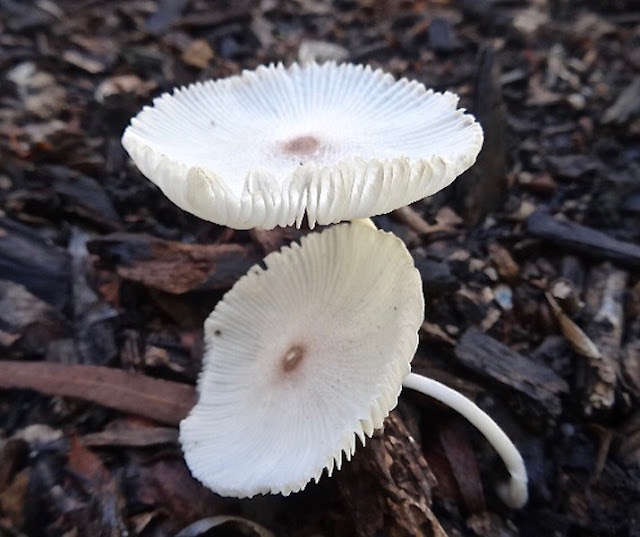 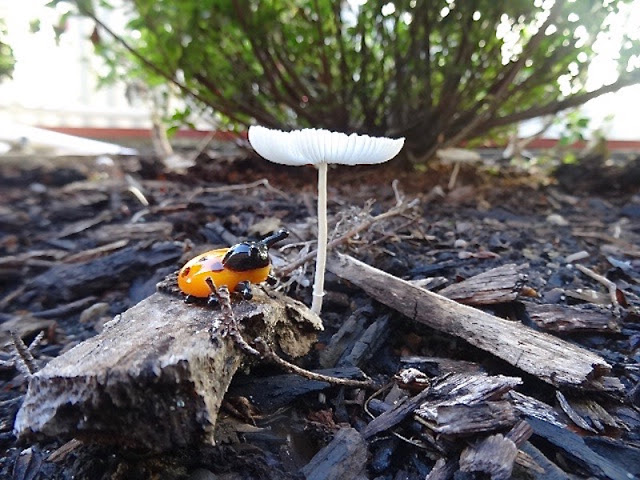 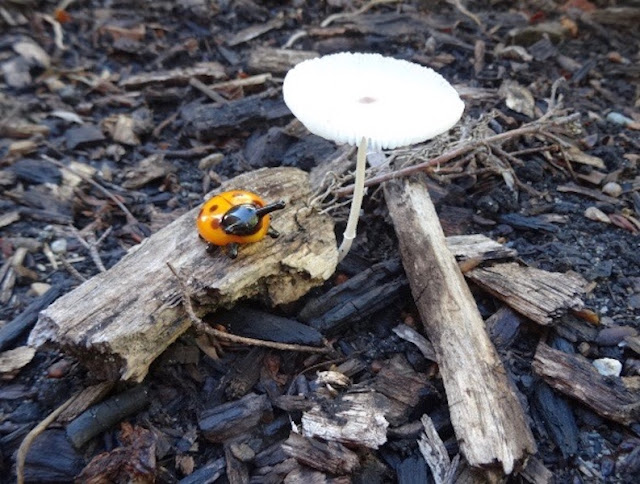 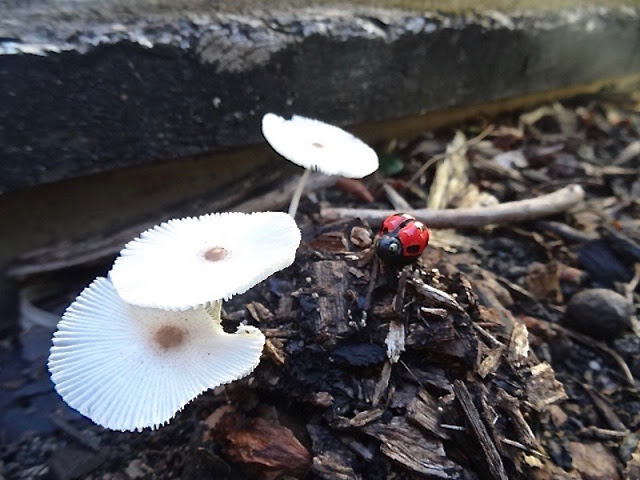 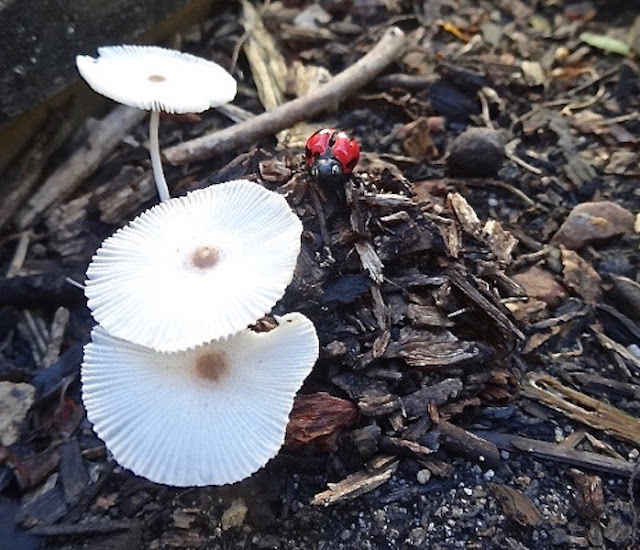 24 hours ago, a low off the north Queensland coast developed into cyclone Debbie. It is slow moving and as a result gathering strength, with the possibility of being a category 5 event. 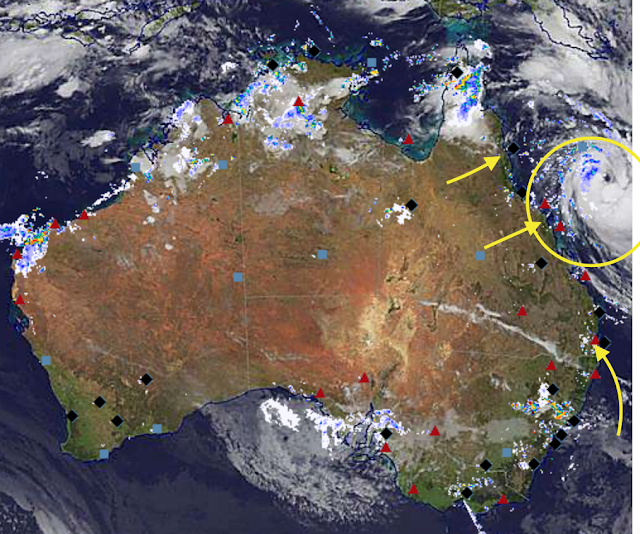 Our Queensland newspaper - the Courier Mail, wrote:
"Up to 300,000 people from Townsville to the Whitsundays are in the line of the monster storm as it tracks towards the coast with destructive winds possible as early as today.
Disaster experts warn the cyclone, predicted to be a category 5 or even the highest rating of a category 5, looms as a catastrophic event capable of destroying homes, buildings and power lines in the 400km-long stretch of coast."

My brother lives to the north of its landfall. Top arrow.
Our neighbours are staying with family right in its path. Middle arrow.
The bottom arrow is where I live.

Cyclone Debbie isn't expected to cross the coast until tomorrow or Tuesday. The waiting must be harrowing. I just hope the predictions will not be realised.

I would love to read your comment.
Posted by Helen at 14:10