Great weather for the Ducks

Cyclone Debbie crossed the coast on Tuesday afternoon bringing devastation to the beautiful tropical Whitsunday Coastline. Down graded to a tropical low, Debbie still wasn't going to say goodbye quickly. Her torrential rains are being dumped as far south as the Victorian border, a distance of 2500 kms.
Since 9pm last night to 5 pm today, 128 mms [ 5inches] has fallen here, just outside Brisbane. At 7am the State Government closed schools for the next 2 days and businesses were asked to send staff home at midday to get people off the roads and safe, before the worst fell. The hinterland, [where we often hike] would have had double that amount, so many of our rivers are now breaking their banks.

In a lull this morning, I headed out with my camera, across the golf fairways, which were rapidly being inundated. I had a lovely time splashing through the rivulets of water rushing to join the 3 ponds that were now one big lake. 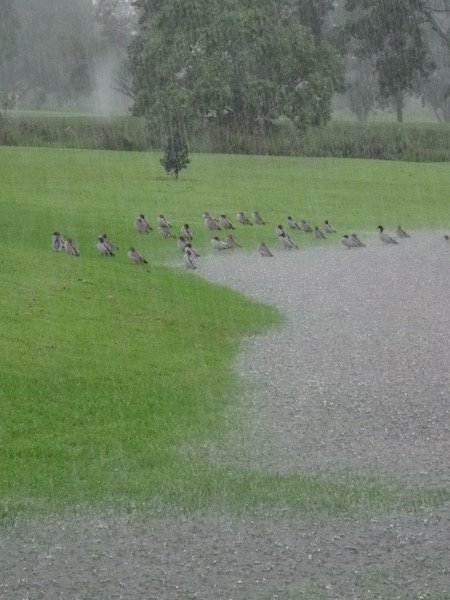 I discovered some unusual fungi. 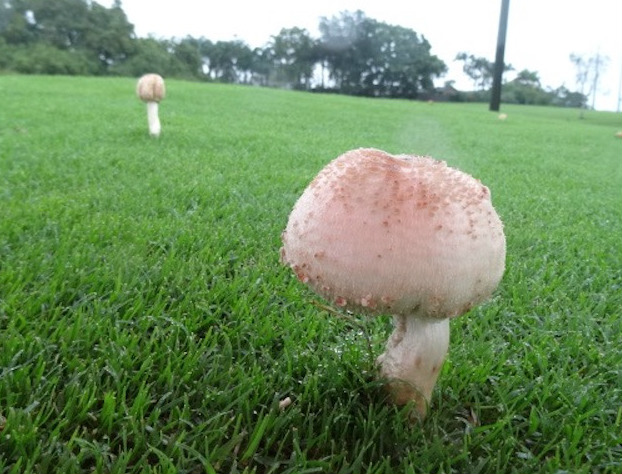 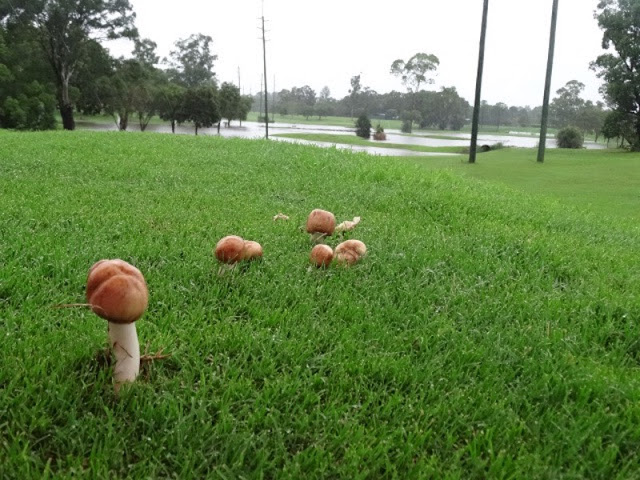 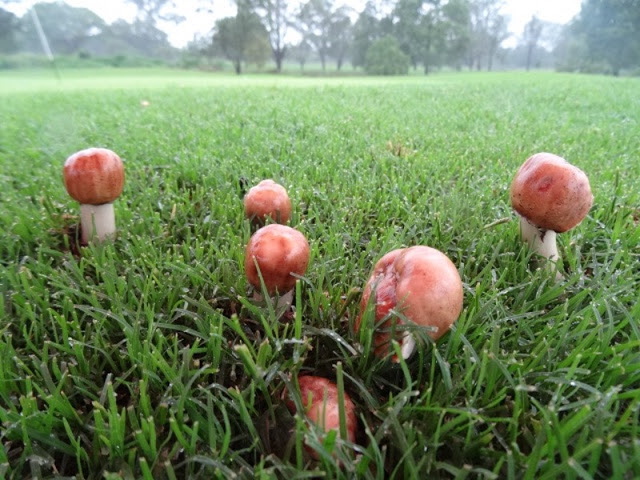 Ducks rushing to join their friends. 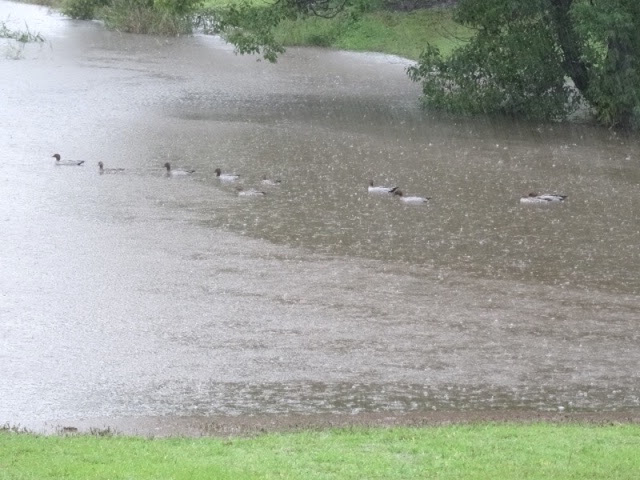 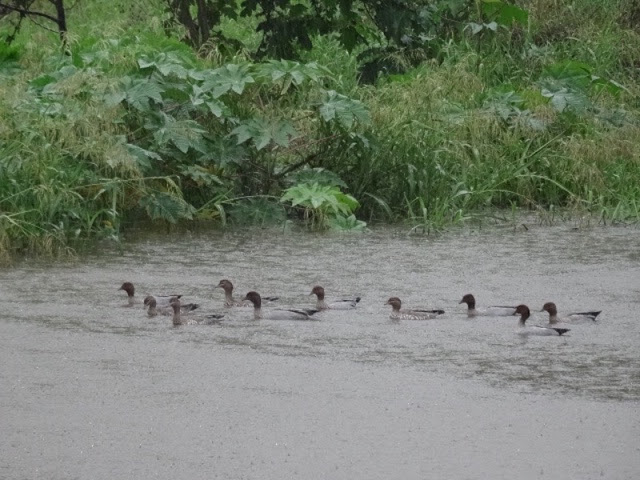 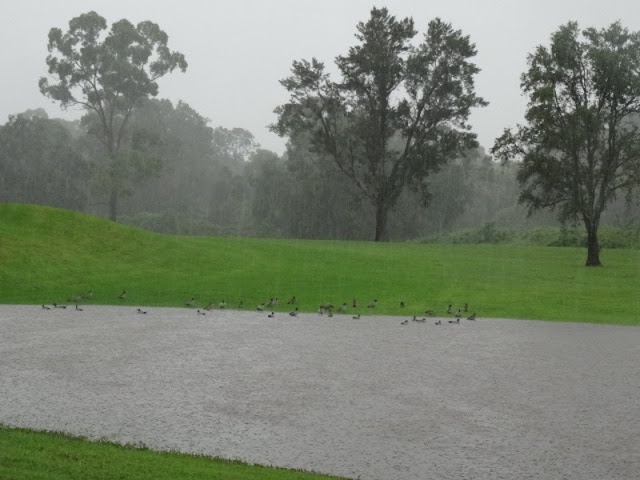 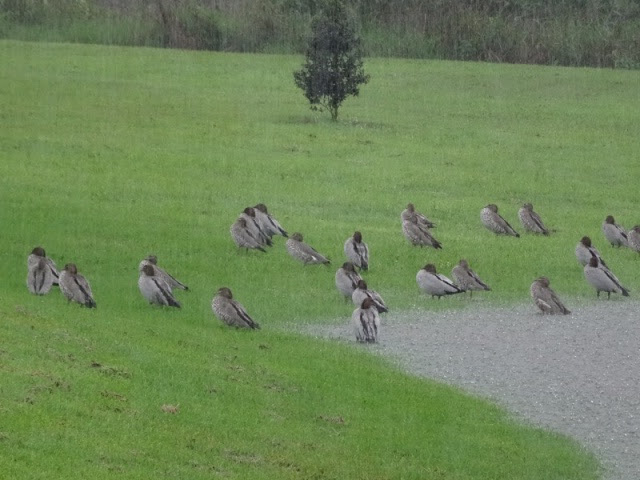 Time for a change of view. 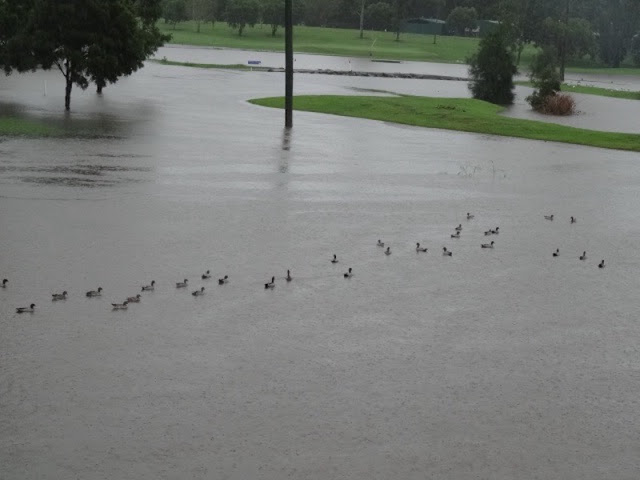 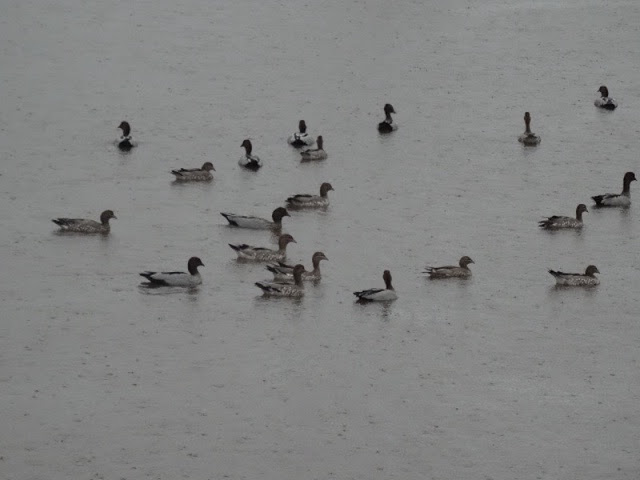 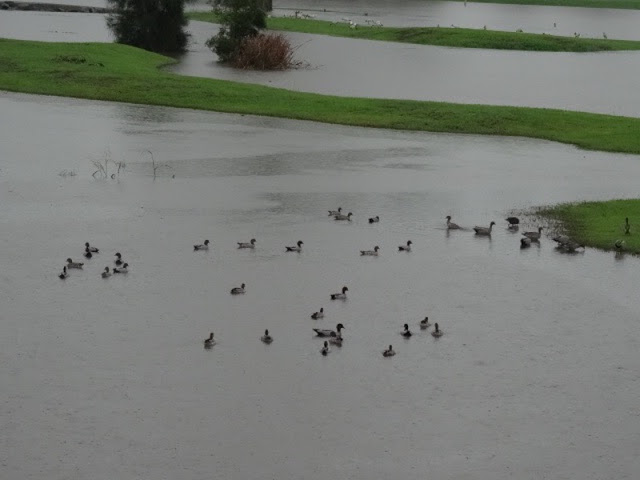 Top arrow is where Cyclone Debbie crossed the coast.
Second arrow is where I live.
Third arrow is the Victorian border.
That's a lot of rain falling and the system is not moving quickly. 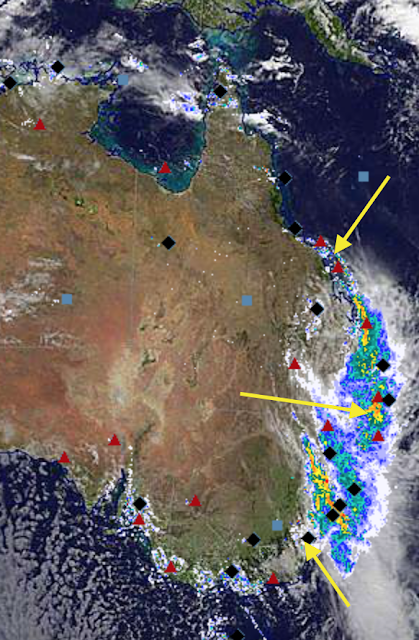 It is still raining. Tomorrow morning should bring sunshine, but I fear that for many it will also bring more heartbreak.

I would love to read your comment.
Posted by Helen at 01:03