When I woke early Sunday morning, the sky was all but completely cloud covered. The complete opposite to the previous day. I last climbed Wollumbin in 1993 with my husband, 2 sons [5 &7 years], their aunt and our good friends Penny and Ted with their 3 children. We had camped at its base and set off in drizzle, which did abate, but Wollumbin remained enveloped in thick cloud. A great adventure, but no 360 degree views. 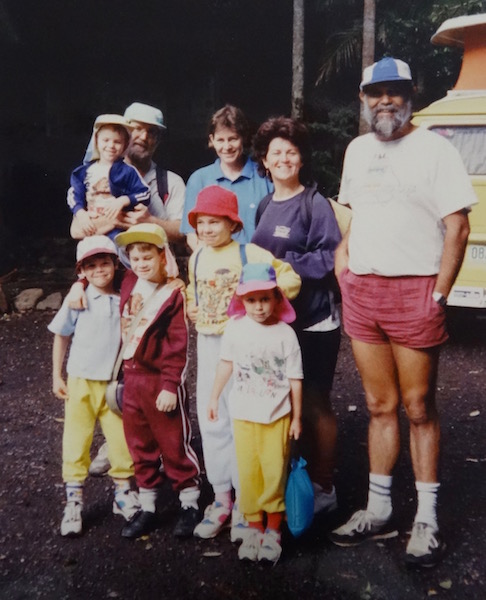 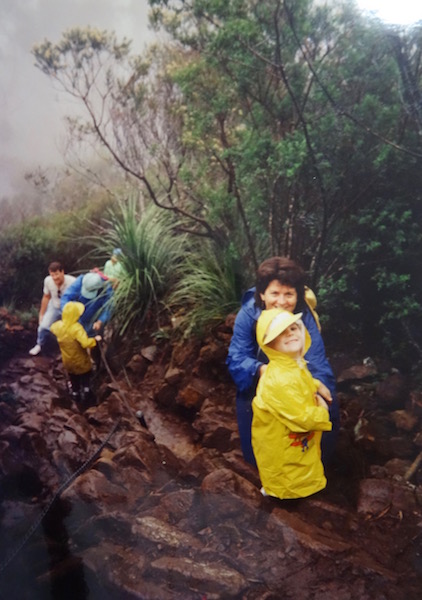 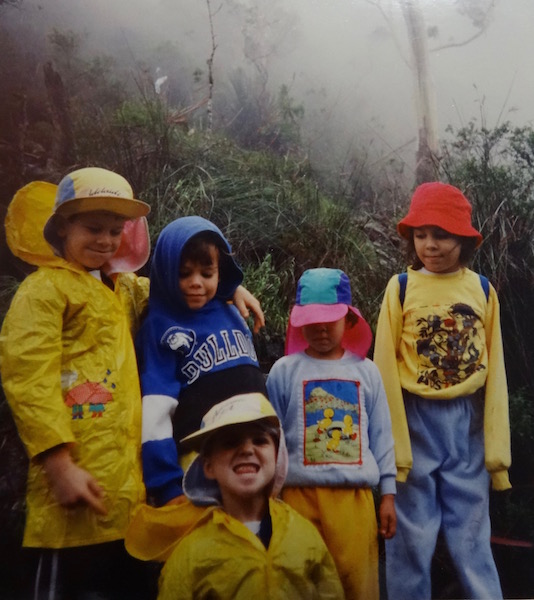 You can imagine that I was just a little disappointed with the Sunday morning sky. My transport arrived. My good friends assured me that the sun would burn off the clouds during the course of the morning.

This distant view under clear, blue skies [Yeah!] made Wollumbin look rather formidable. I was at my fittest in a long time, but would I be able to manage the steep, rocky and chained final 400 metres to the summit. 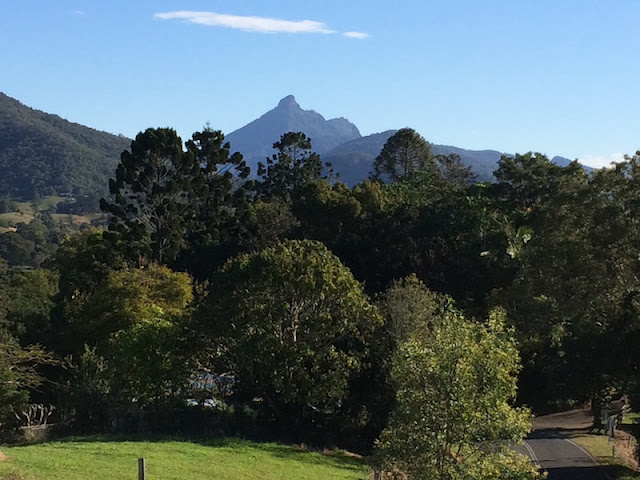 National parks had many warning signs. 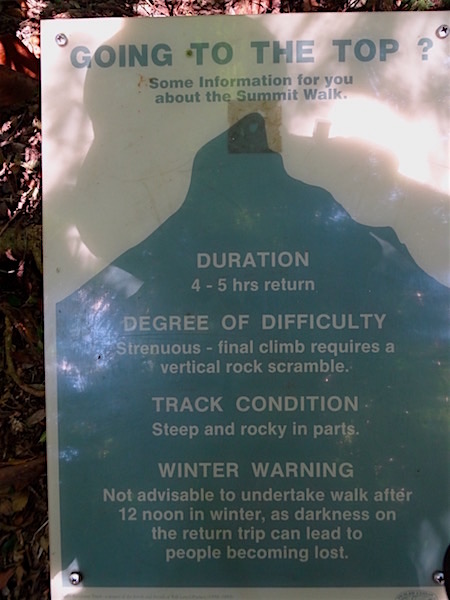 The ladies of the group - self, Marg, Rachel and Jo, looking keen to get on trail. Thanks Rod for taking the pic. 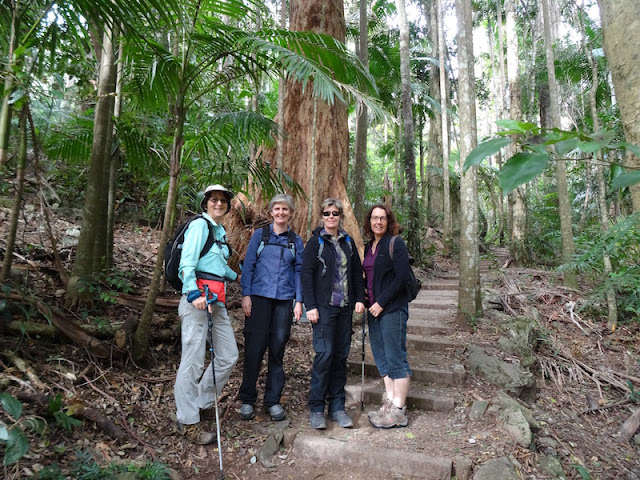 We were soon into our stride, on this lower smooth section. 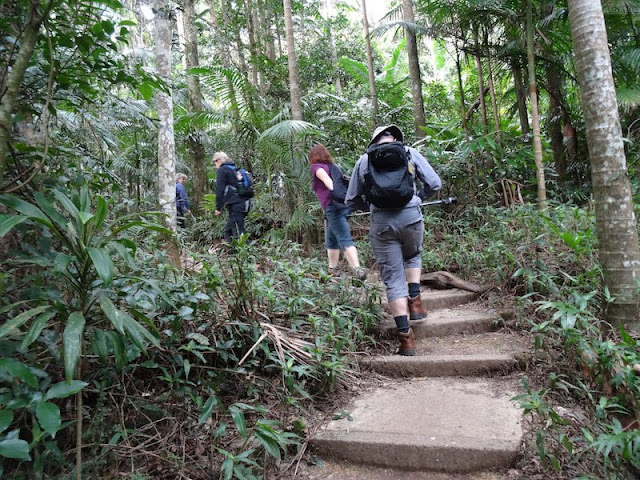 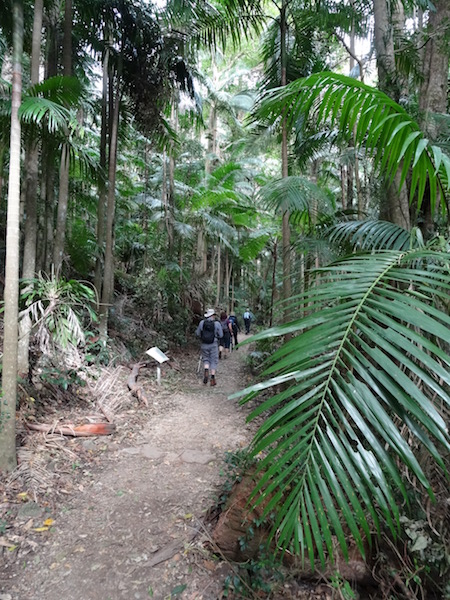 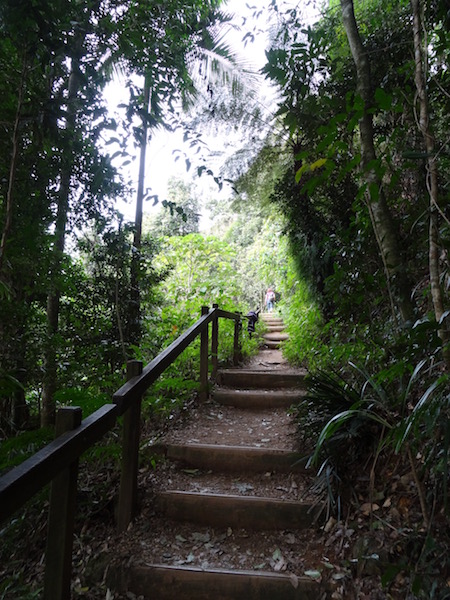 About 2 k's in, the wooden steps disappeared and the trail roughened as expected. 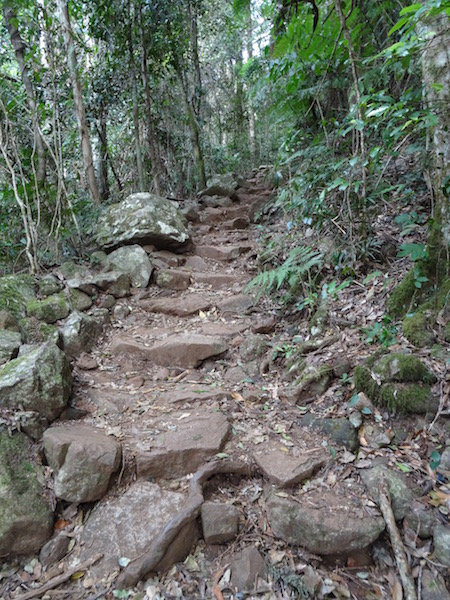 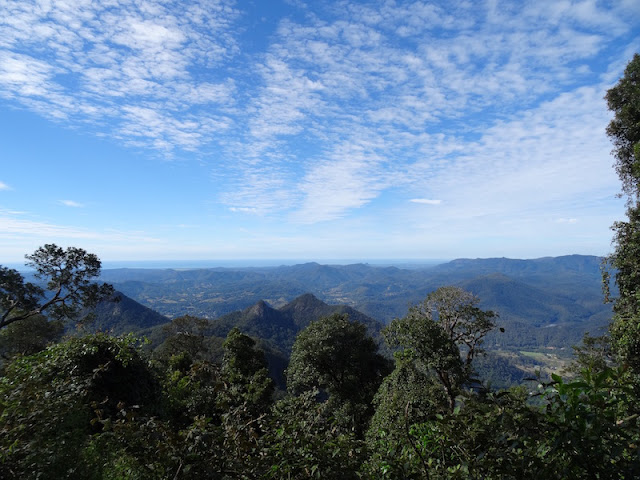 Further up, a hint of what was to be in store later. 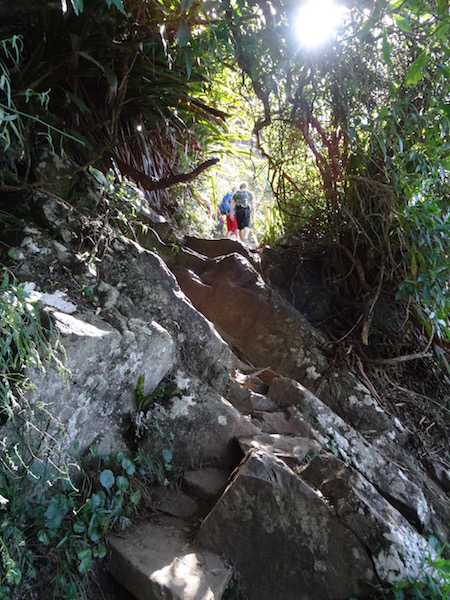 Rachel pausing on the chained section. 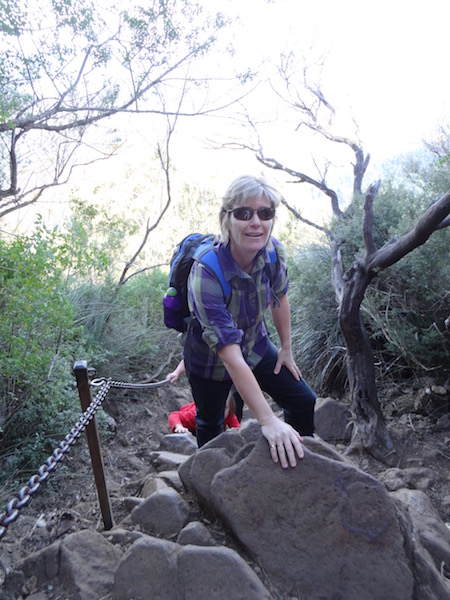 If only this photo showed how perpendicular this length was! 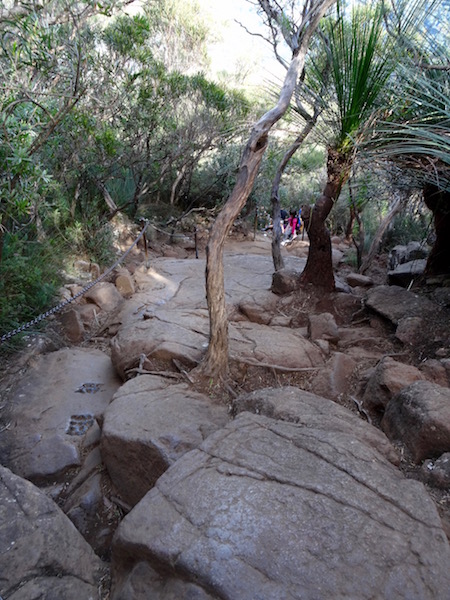 There was time to catch one's breathe on the final, definitely more level, 50 metres to the summit. 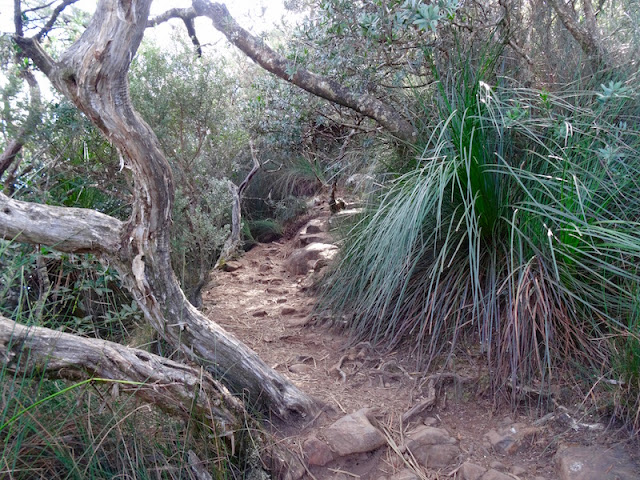 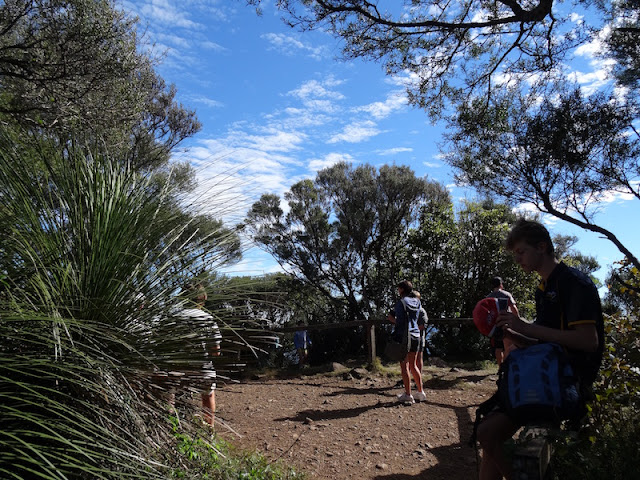 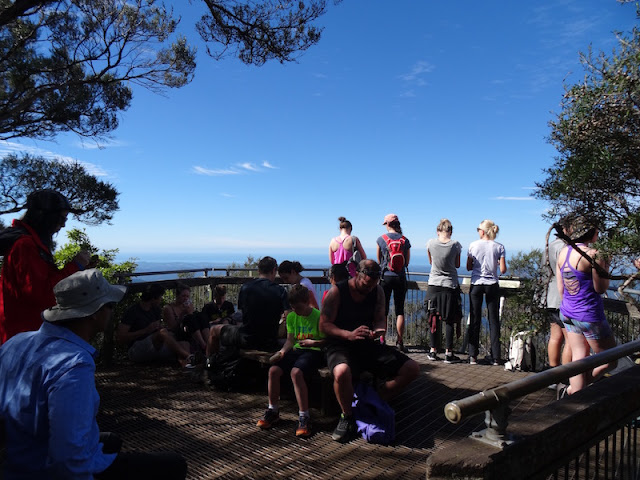 The panoramic view that greeted us.

Well into recovery mode from our 2 hours of climbing. 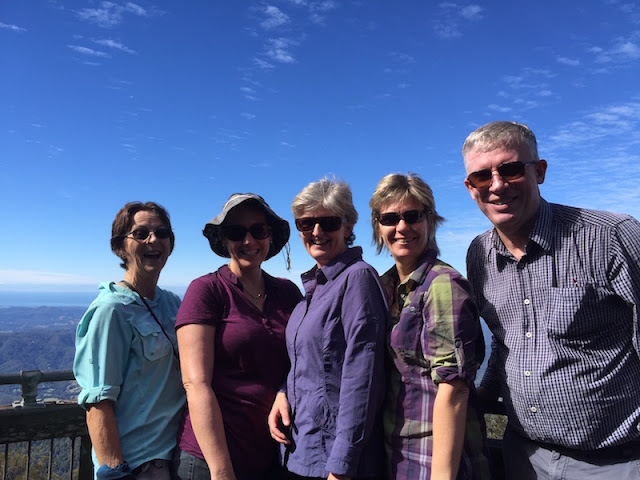 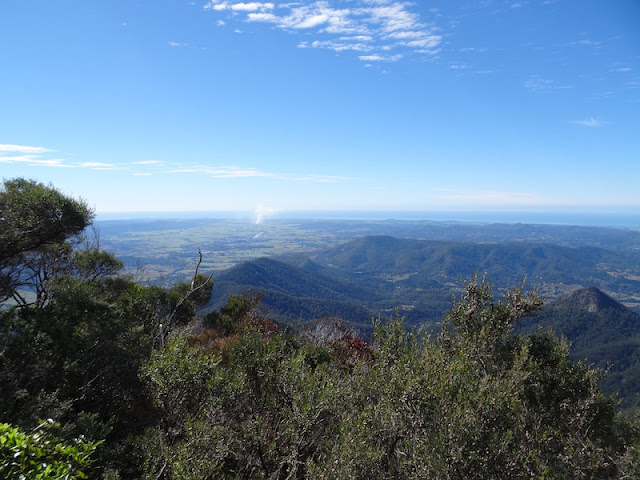 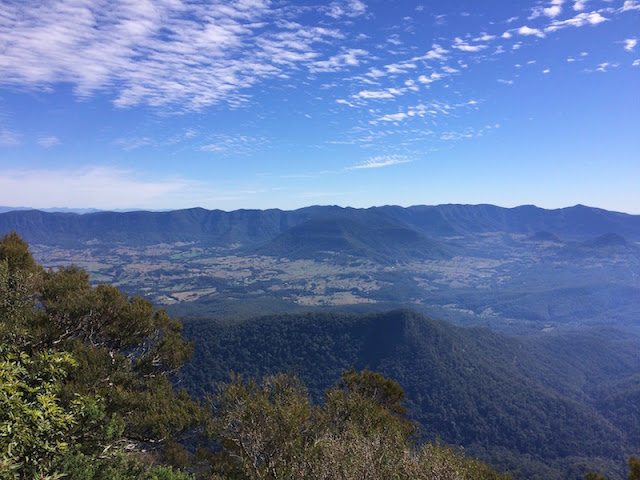 View south and still the sweep of the caldera walls. 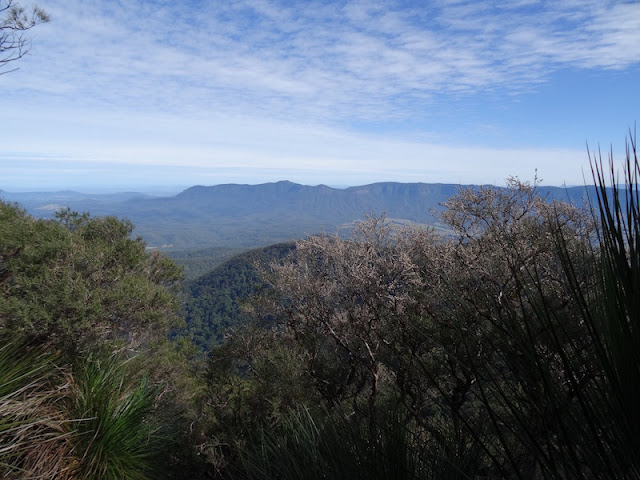 The trail up had been busy with hikers returning from viewing the first rays of the sun to hit Australia. [about 6.30 am.] We were also regularly passed by those, of a much younger age than us, making their  energetic ascents. This created a great camaraderie on trail, as we plodded along at our own pace.

I have just been speaking with Penny. [1993] Her son Worrin, now 29, quite often drives down early morning and is up and down in 1hour and 40 mins!

60,000 climbers a year make the expedition to the summit. An average of 164 per day. On this Sunday trek, the numbers would have been well over that.

It was about midday when we commenced descending. The queue on the chained section was impressive, especially the numbers of quite young and enthusiastic children. 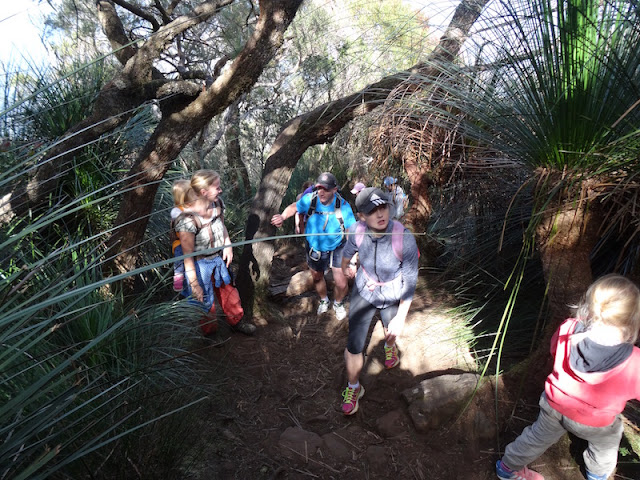 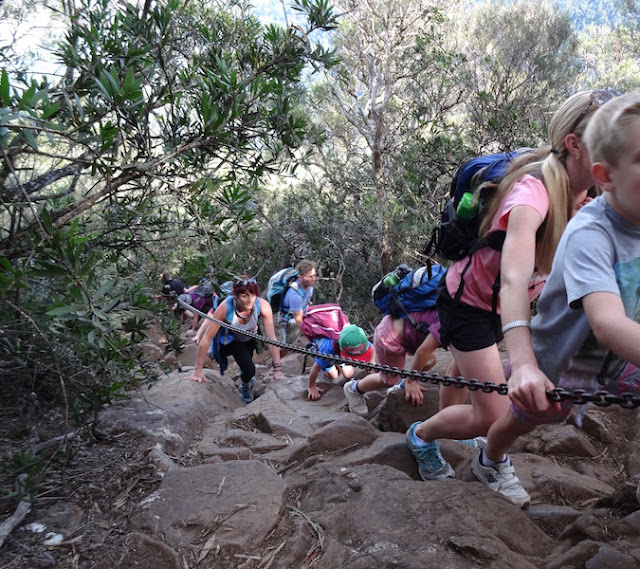 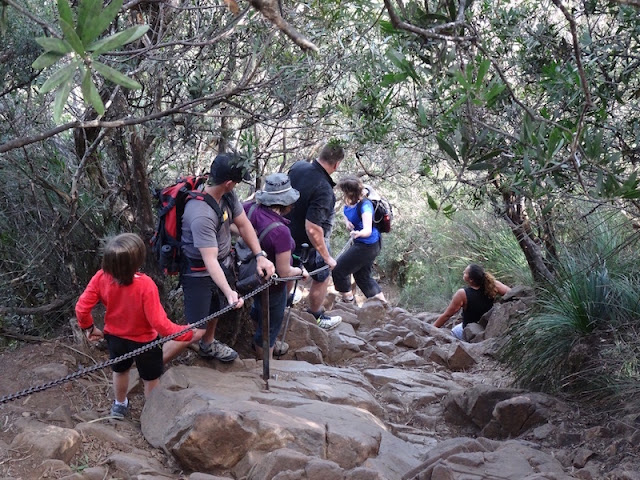 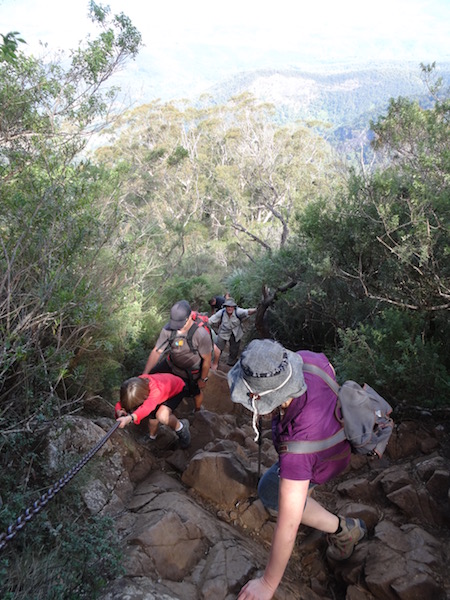 I found the descent quite relaxed, with time to enjoy our surroundings. 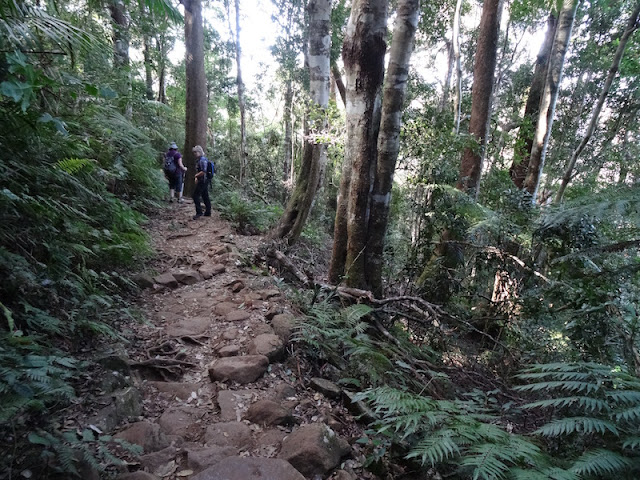 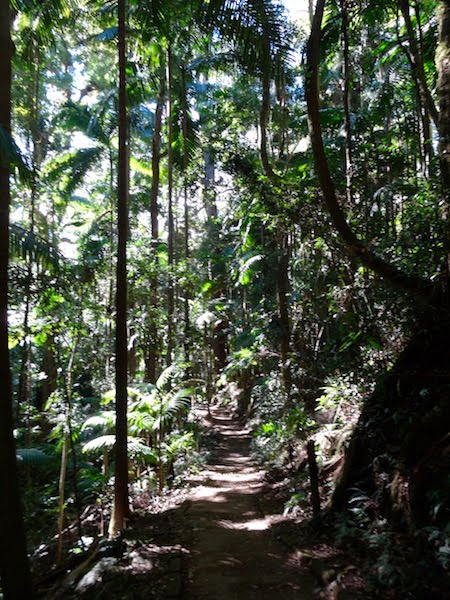 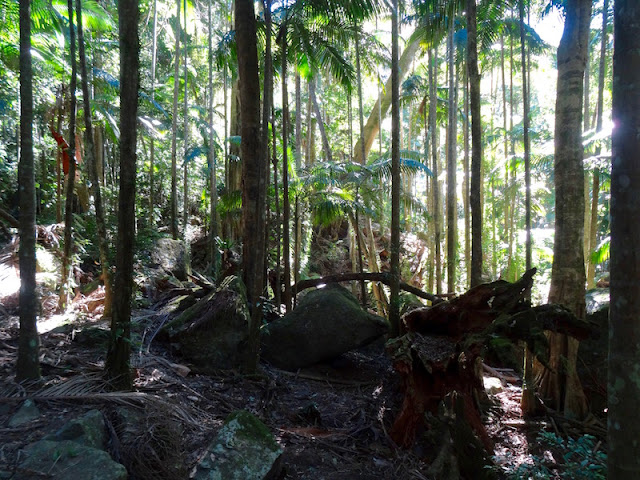 3 1/2 hours later, we were shedding our boots in the car park and feeling quite elated by, our not too demanding, achievement. A short drive later we were sitting in the cafe of the Tweed Valley Regional Art Gallery, enjoying some tasty refreshments. The view was just perfect. 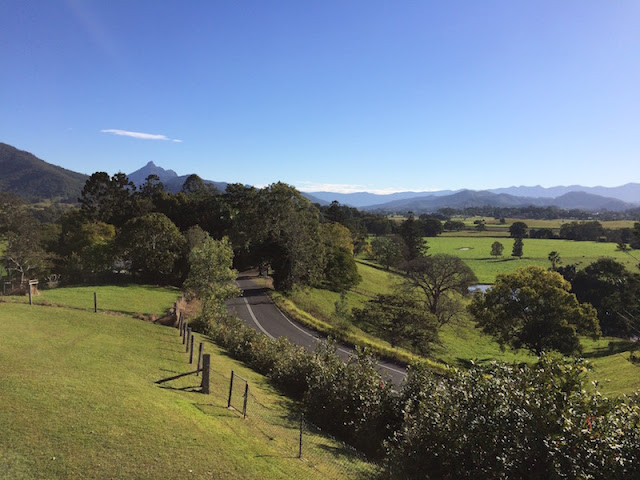 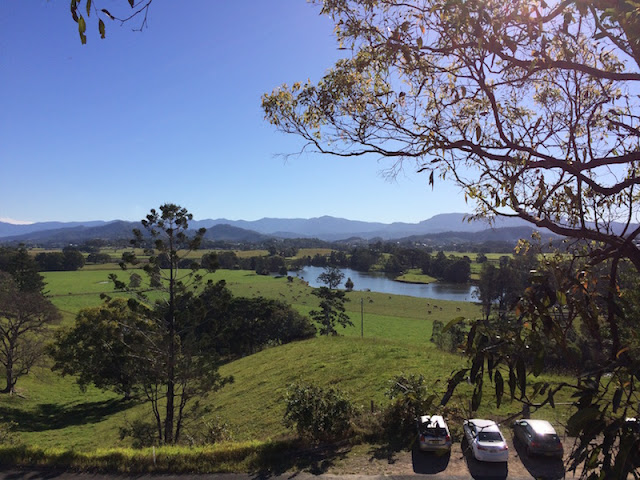 When climbing, I often give a thought to the ones who first made it to the summit and then to those who had to create the trail for us to so easily access it. Their stamina is mind boggling and I am extremely grateful to have been able to have had the opportunity to meet the challenge of Wollumbin.

Glorious View
While your climb may have been tough, it
was easy compared to earlier ascents. In
1871, botanist Michael Guilfoyle took three
and a half days to reach the top. The effort
was well worthwhile......

"When we reached the top we were so
enchanted with the glorious view that we
quite forgot the inner man, remaining on top
all night without food."

I would love to read your comment.
Posted by Helen at 03:16