Return to the Aussie Bush

To better enjoy the photos, please click on them to increase their size.

In December, Laurel joined a Logan City Council Community bushwalk. She reported back that the Wickham Timber Reserve was a must do, but when summer had ebbed.

One of the best features of this walk is that the reserve is only a 20 minute drive from here. How had we not known about it? 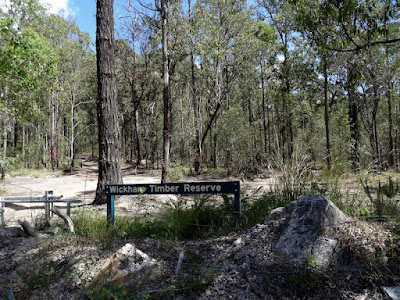 The area we passed through included dense and open eucalypt forests, shrubby areas of thick acacia, and densely vegetated gullies formed by rolling hills and sandstone outcrops. Except for the sandstone outcrops, it was your very typical Aussie bush. Although well into Autumn, the temperature was still very hot, but thankfully not accompanied by high humidity. 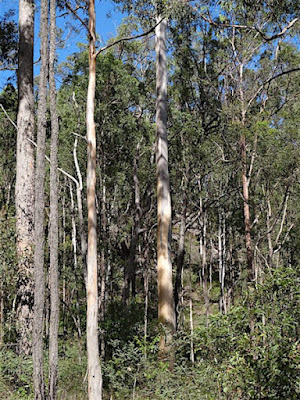 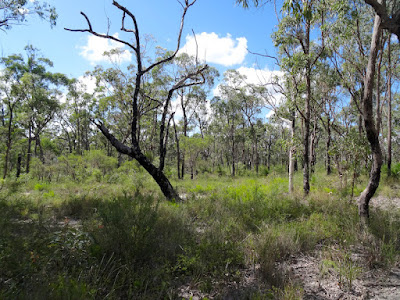 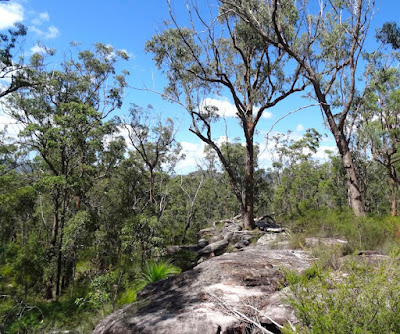 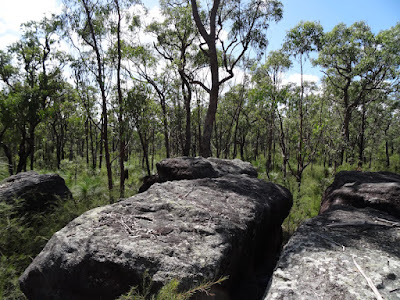 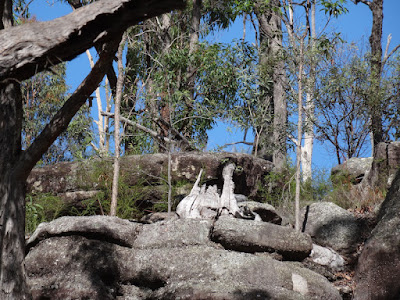 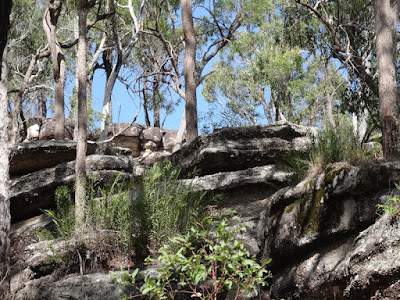 The initial trail was a gravel road, leading us to the starting point for the climb to the top of Wickham Hill. We were surprised by the extent of the sandstone outcrops, which made for quite a bit of scrambling as we climbed. 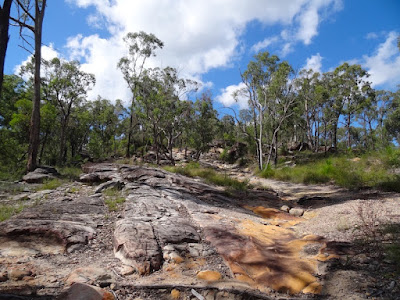 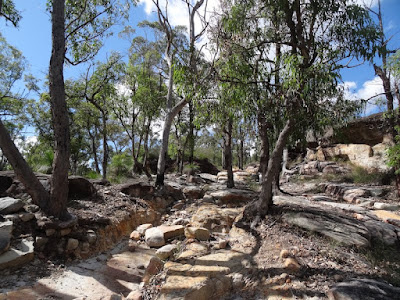 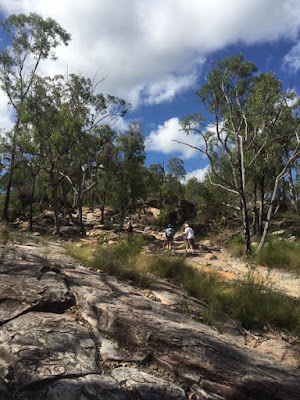 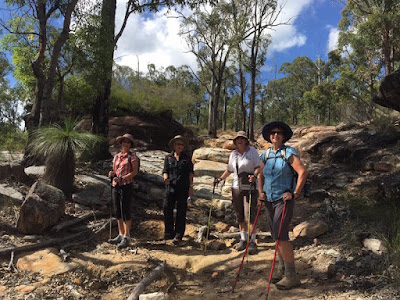 At the summit, the trail followed a sandy ridge before dipping down to give us another sandstone climb. 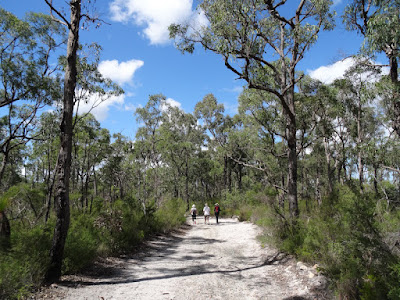 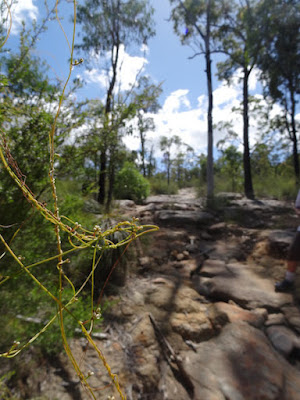 There was an abundance of Grasstrees, a true icon of the Aussie bush. Some were spotted decaying from past bushfires, but added an artistic display in the bush. 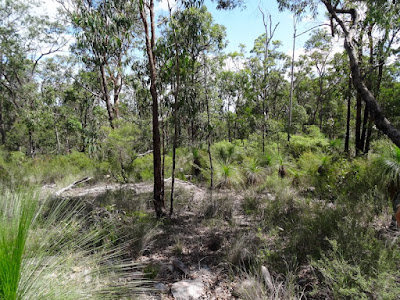 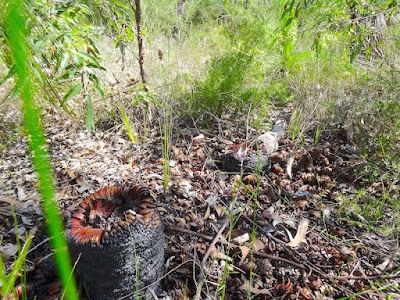 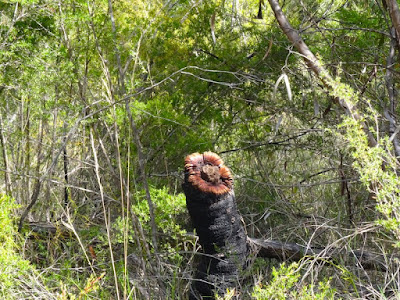 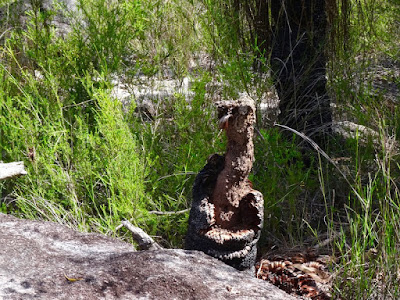 The views from the summit of Wickham Hill were to the distant Mt Barney, a peak we hope to climb sometime soon. 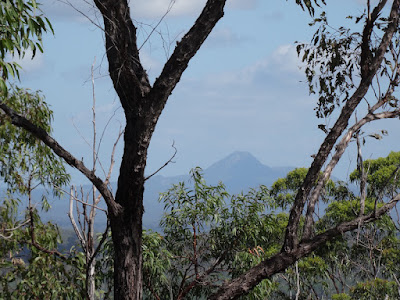 To the Brisbane city skyline. 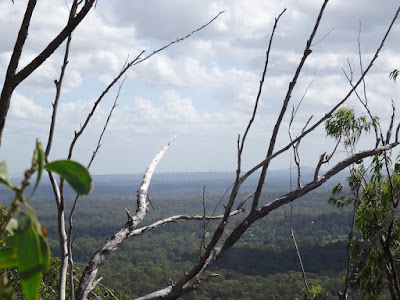 And sadly to the mega, satellite city of Yarrabilba. 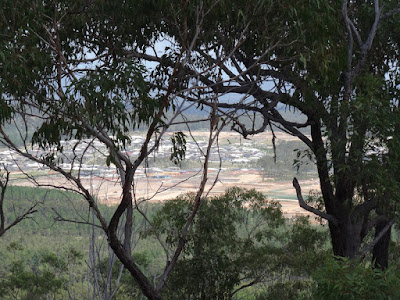 Only a small splash of colour to be seen. Spring will be the time to return. 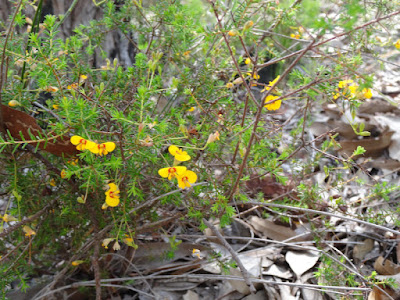 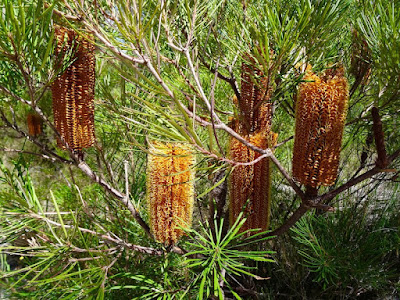 Ladybird was also enjoying being back in the bush. 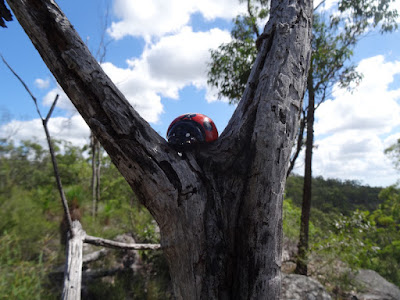 We all agreed that the 7kms had been hot work, but we will return  soon to explore the other trails. 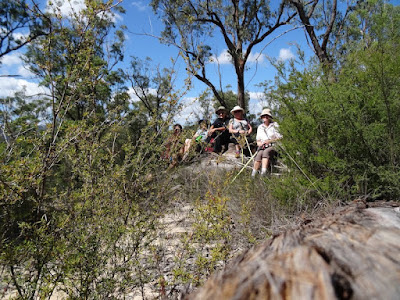 The candle holder on the table of The Green Frog Hollow Cafe, summed up our feelings for the day and of each and everyone of our hikes "down under'! 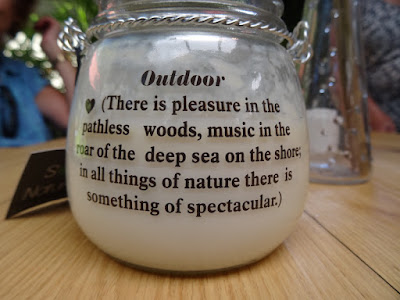 I hope you have enjoyed this typical Aussie bush. I would love to read your comment.
Posted by Helen at 04:16