To better enjoy the photos, please click on them to increase their size.

On Friday as we sat in the Australia Day long weekend traffic jam, north of the airport, we were feeling quite dubious about the eventual success of our planned walk along the Redcliffe foreshore.
On Wednesday afternoon Jenny and I had planned to walk at the Gold Coast after completing our business near by, only to be thwarted by the hot, salty, gale force winds blowing across the Southport Seaway.
The next night, [Thursday] another heavily rain laden thunderstorm hit at 5pm, causing chaos throughout Brisbane. At midday Friday, dark ominous clouds again gathered but dispersed. Should we really be travelling so far when the weather Gods were unlikely to be kind?

Thankfully the answer was a big YES!
The views, temperature and breeze were perfect, giving us that 'so glad to be alive' feeling and making us comment "I wonder what the poor people are doing?"
We set off at 4.30pm from Woody Point, walked to Redcliffe and had fortunately returned to the car at 7.30 just before the fish & chip shop shut. We then relaxed until nine, enjoying the balmy evening  and twinkling lights across the bay to the Hornibrook bridge. 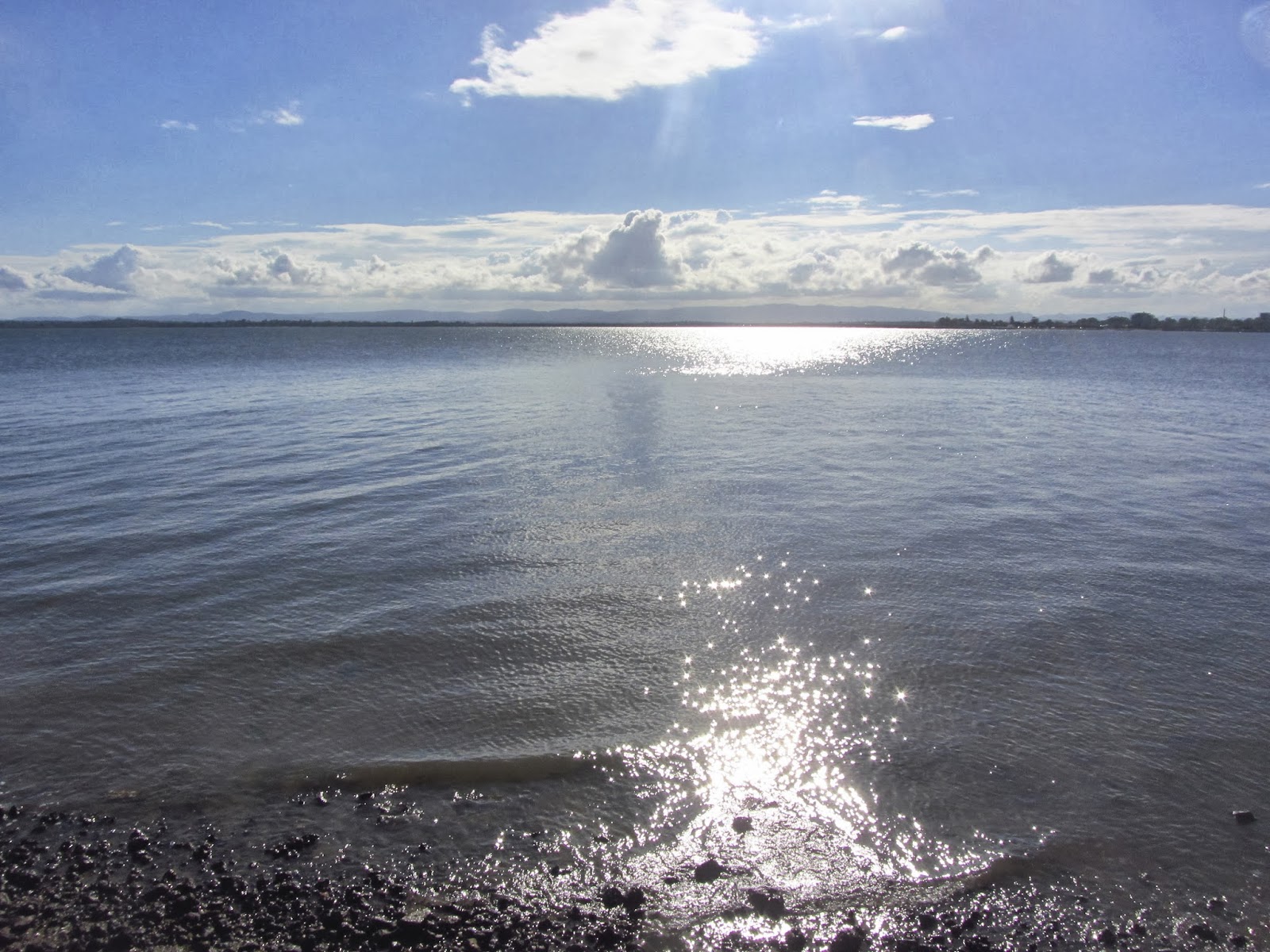 View as we emerged from the car. 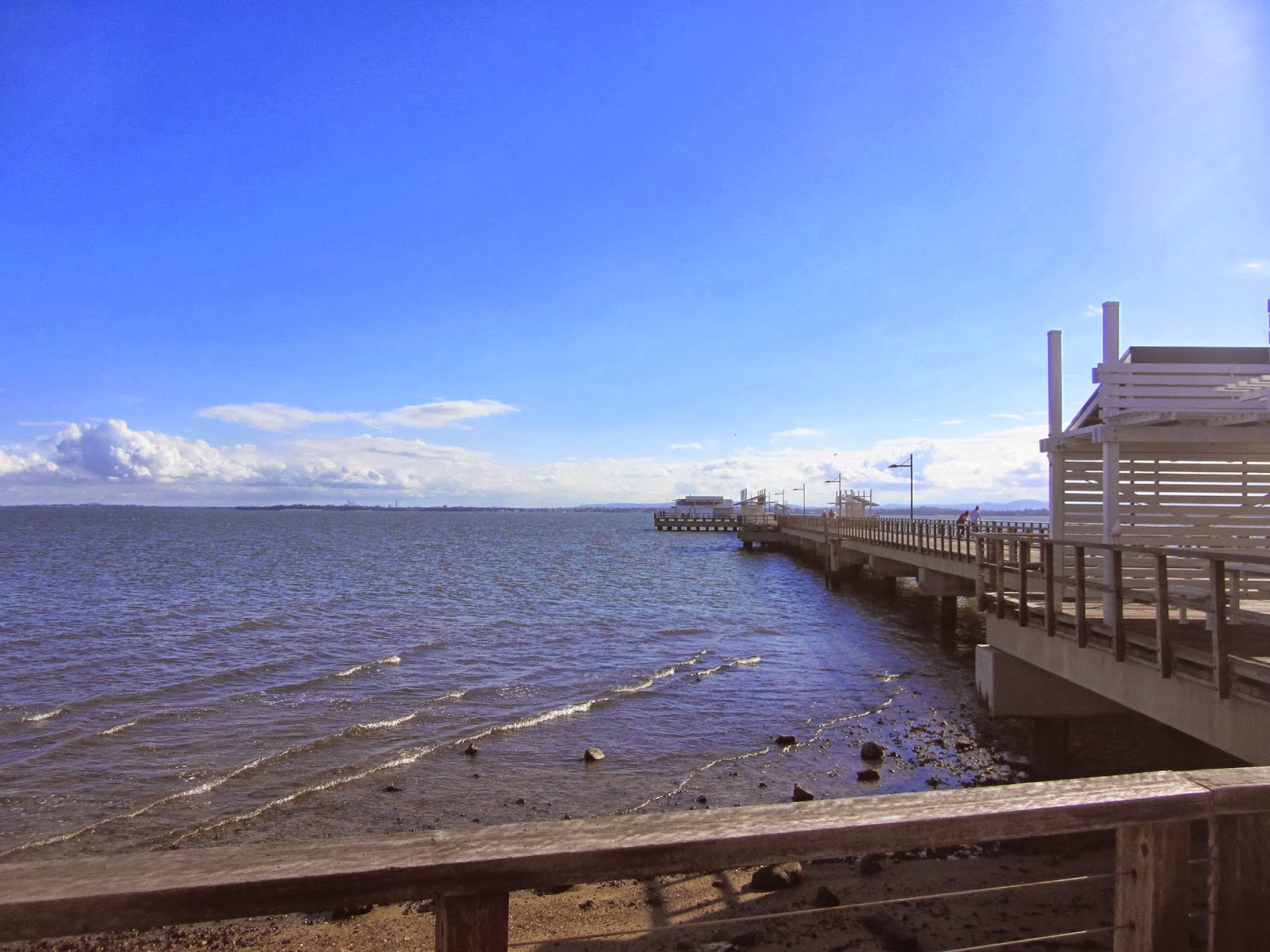 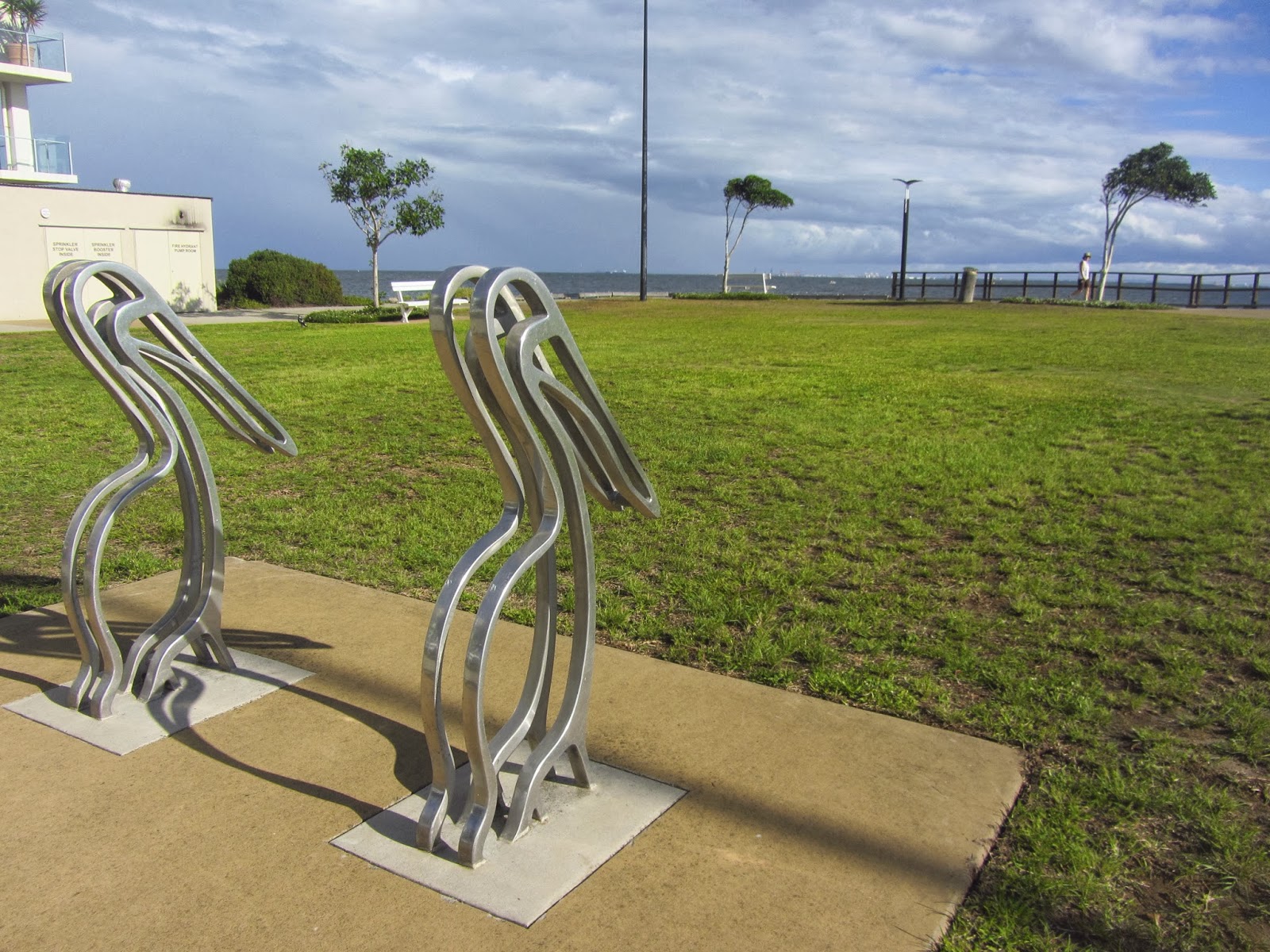 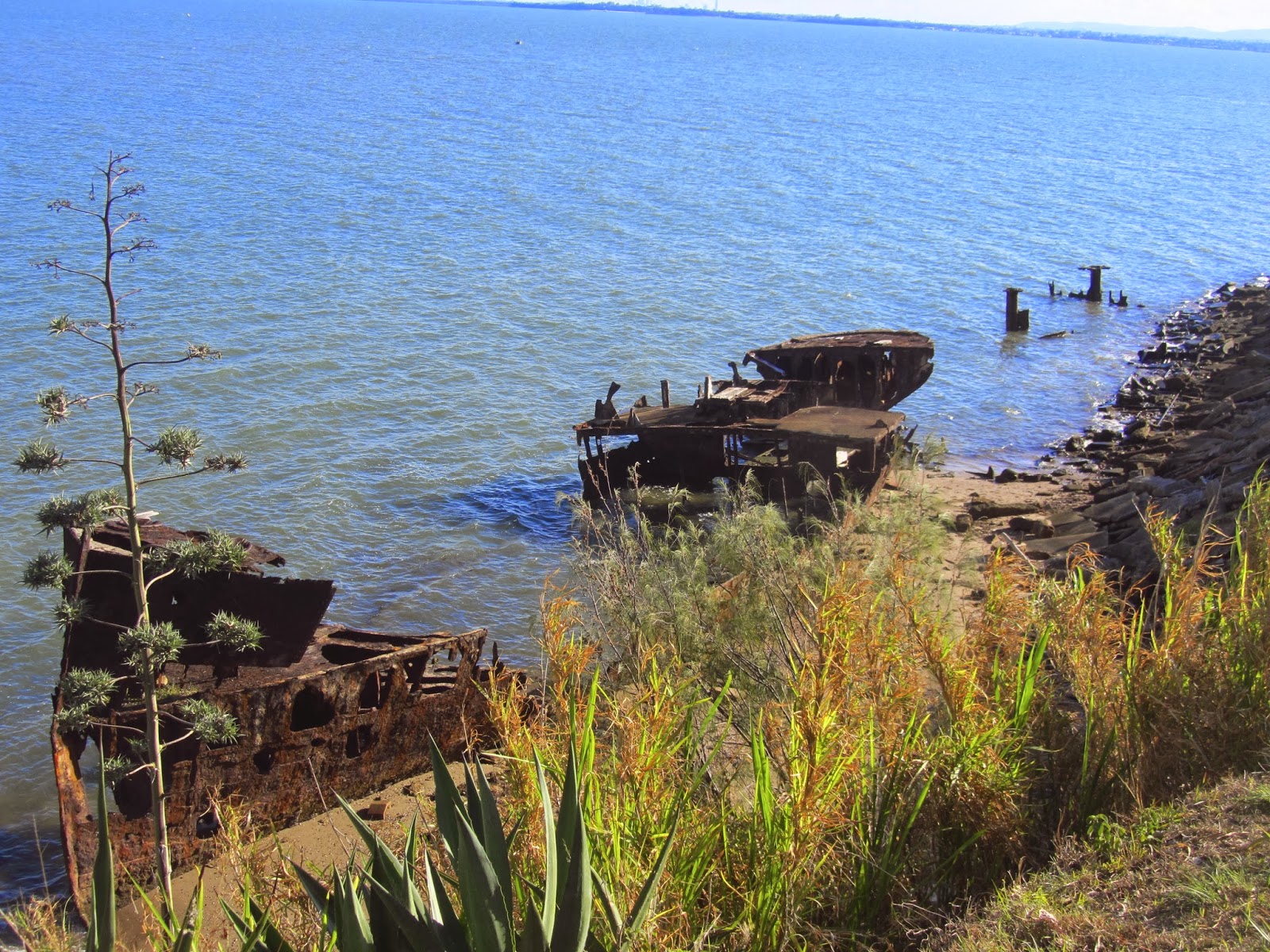 It’s hard to believe the rusty hulk at the foot of the cliffs of Woody Point was in the 19th century the Navy’s proud premier warship. As one of the newly established Australian Navy’s first ships, a flat-iron gunboat Gayundah was built in Newcastle-on-Tyne in the 1884 at the behest of the Queensland Maritime Defence Force, commissioned to protect the many bays, inlets and estuaries along the east coast from the enemy-of-the-day which at the time was believed to be the Russians.

By 1886 it had been acquired by the fledgling Australian Navy as one of its ten ships. In its short lived defence career the ship never encountered the enemy, although other achievements included the first warship in Australia to use wireless telegraphy.Up until the end of World War I she was used as a mine sweeper and sea tender ship and by 1919 had been decommissioned, sold to civilians and was thereby stripped and demoted to a gravel barge.By 1957-8 she was retired and towed to the base of these cliffs where she has since acted as a breakwater, protecting the shore not from the enemy but from erosion. 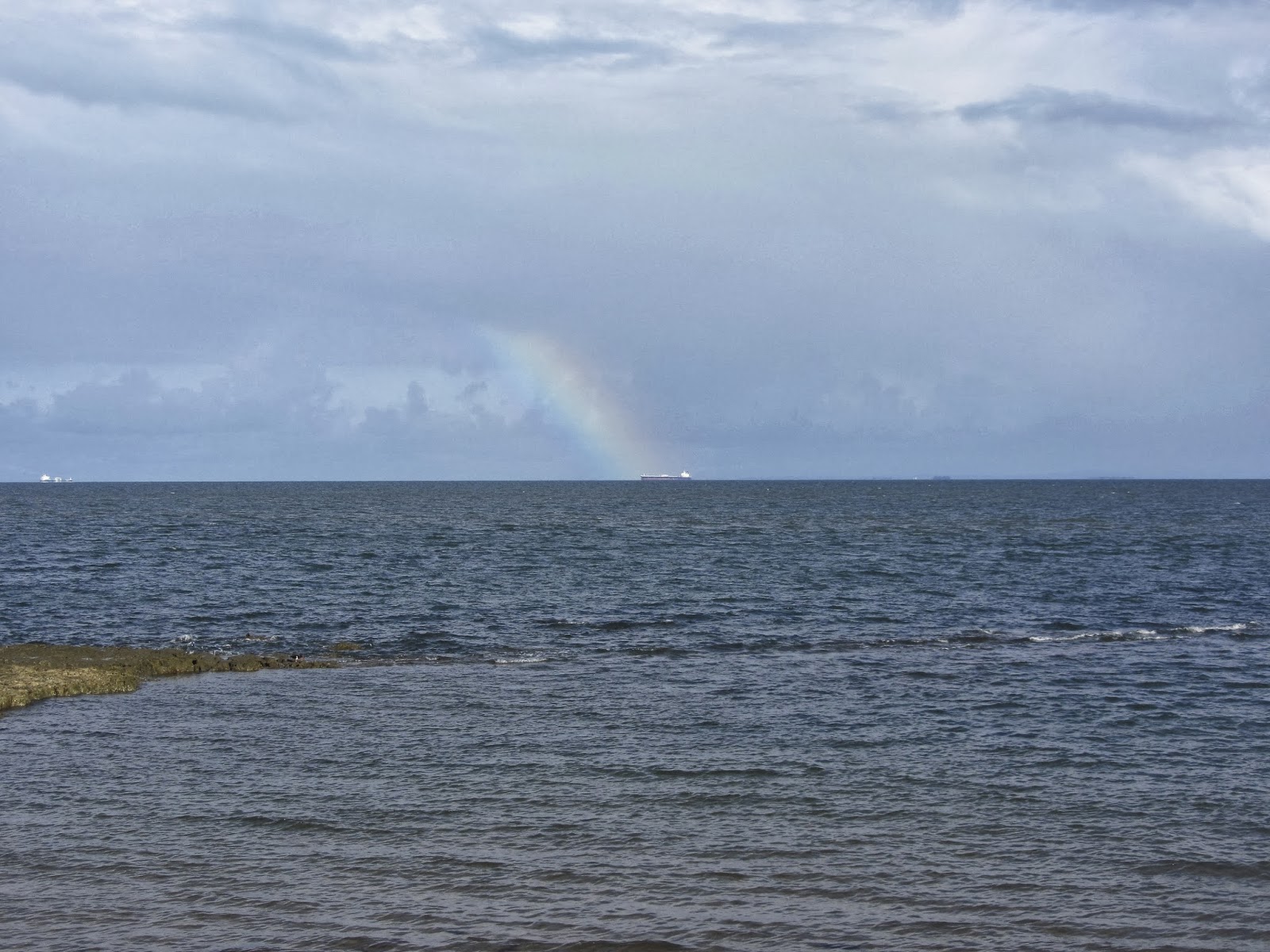 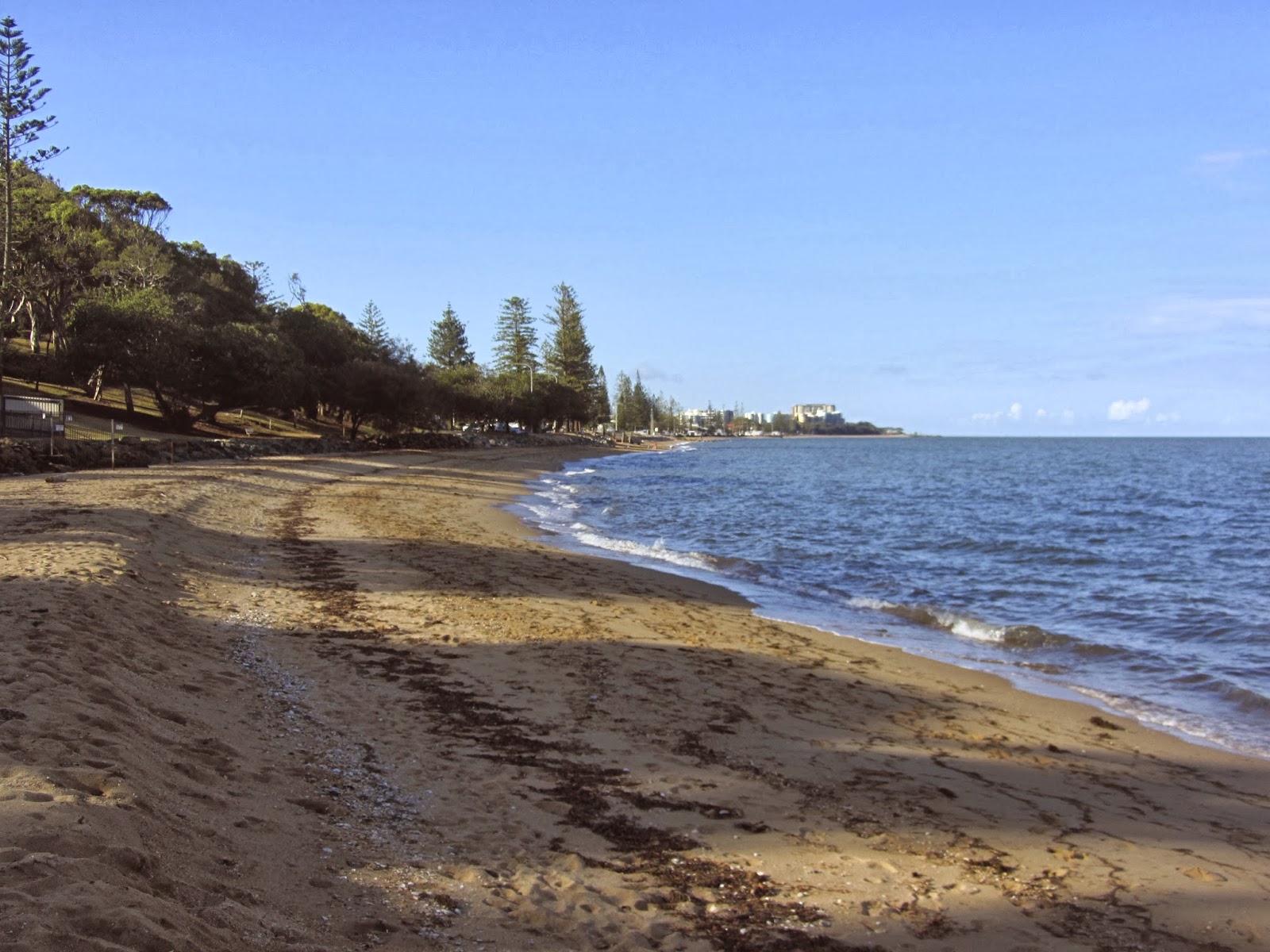 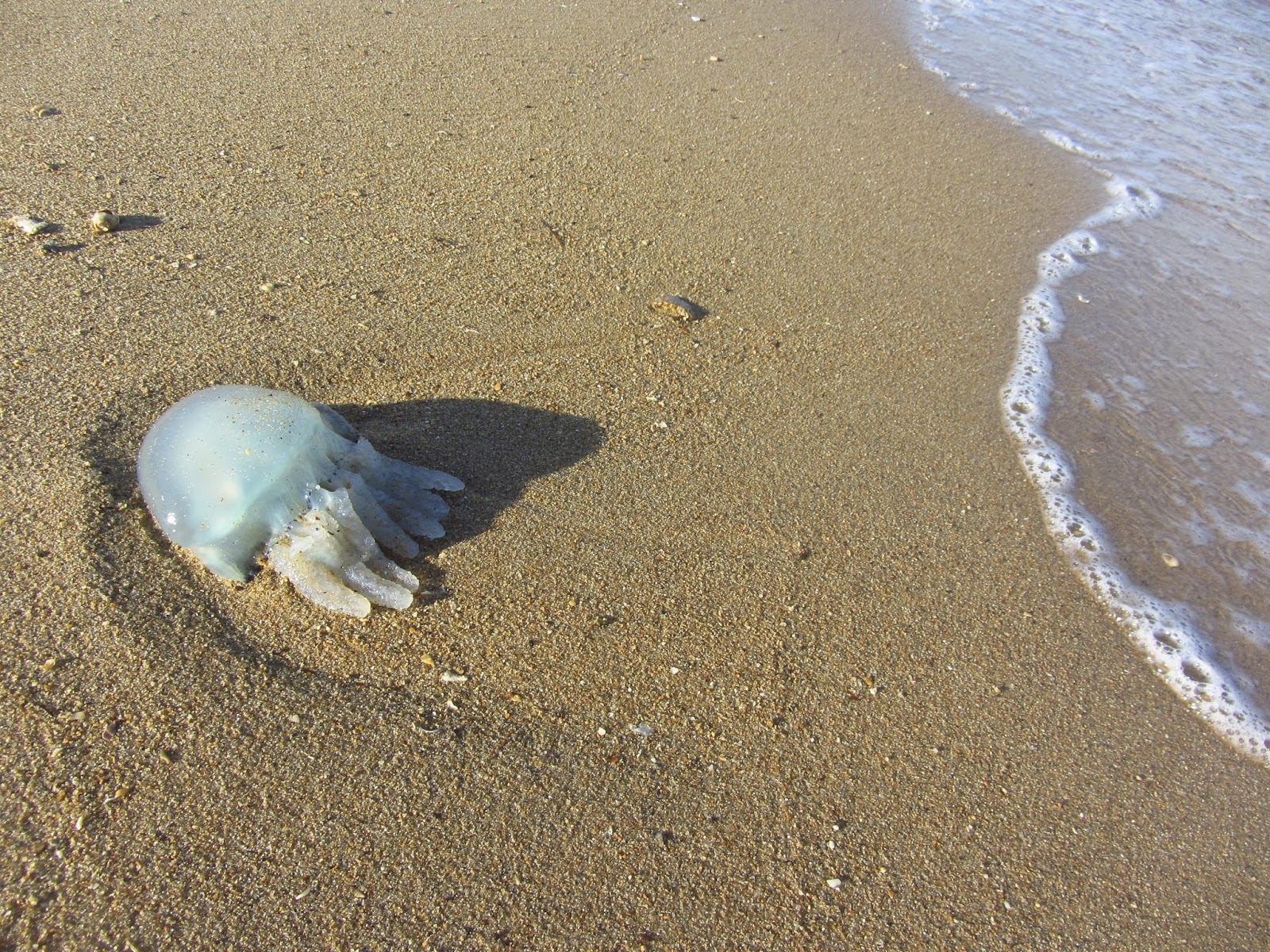 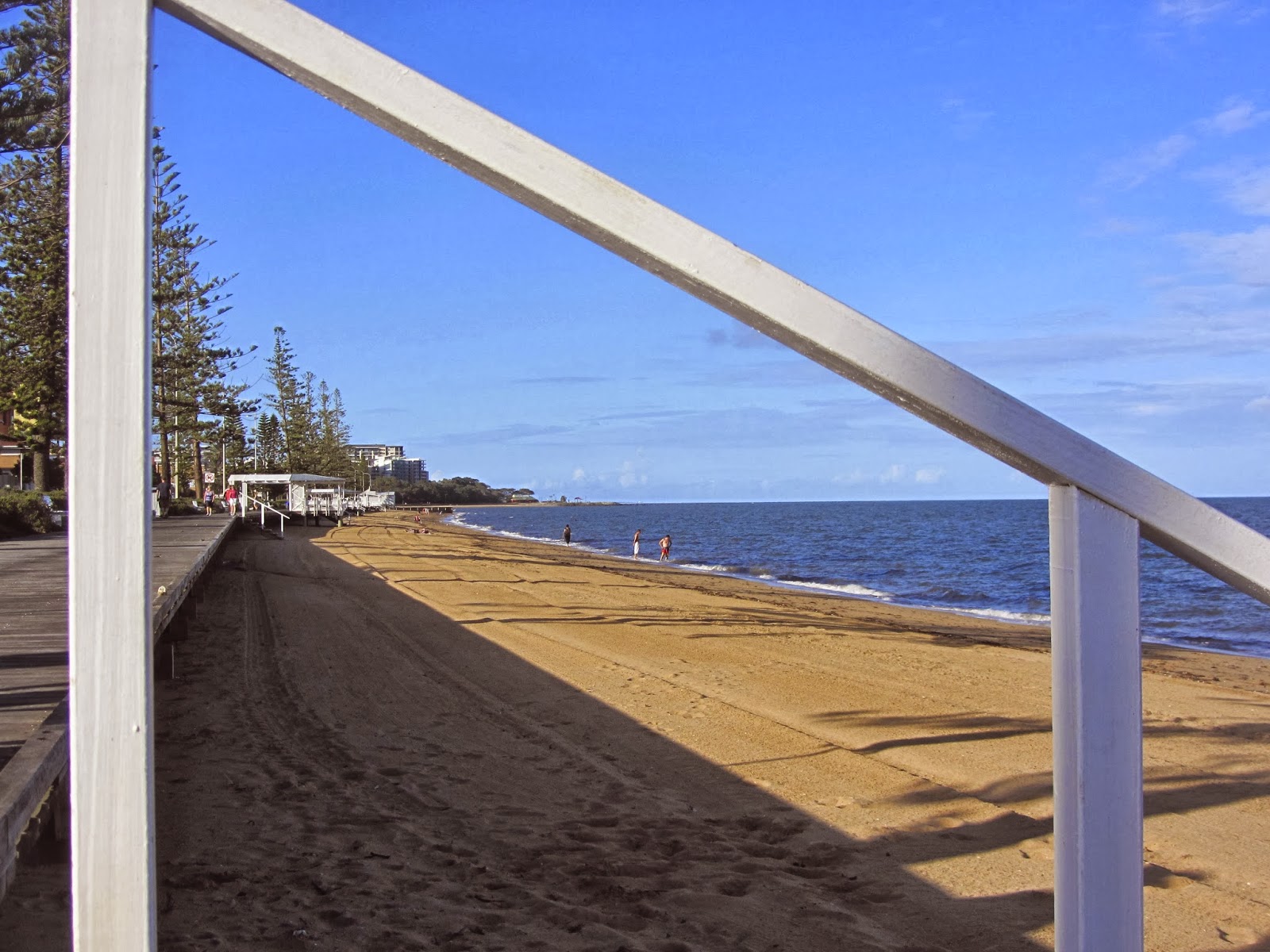 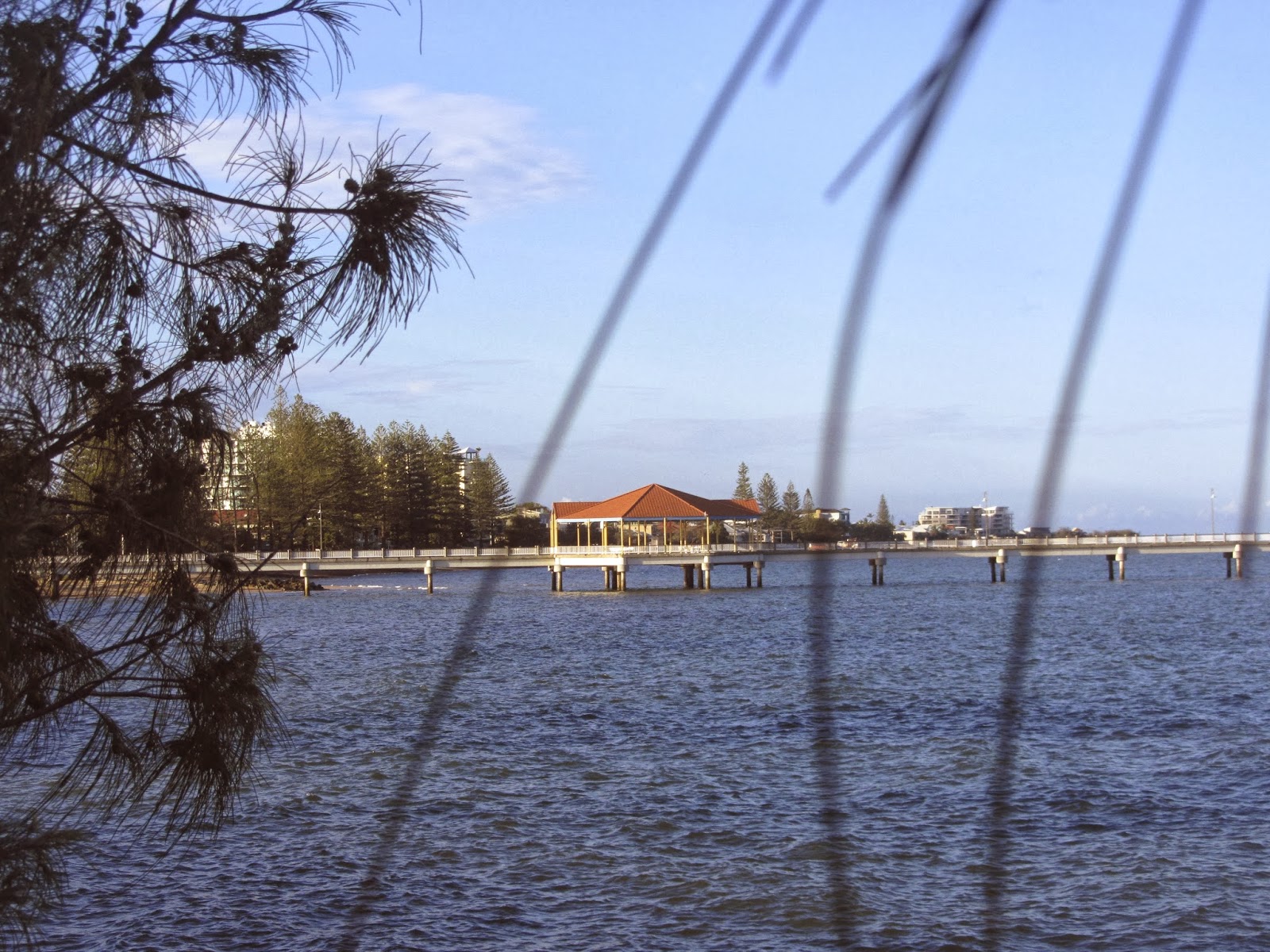 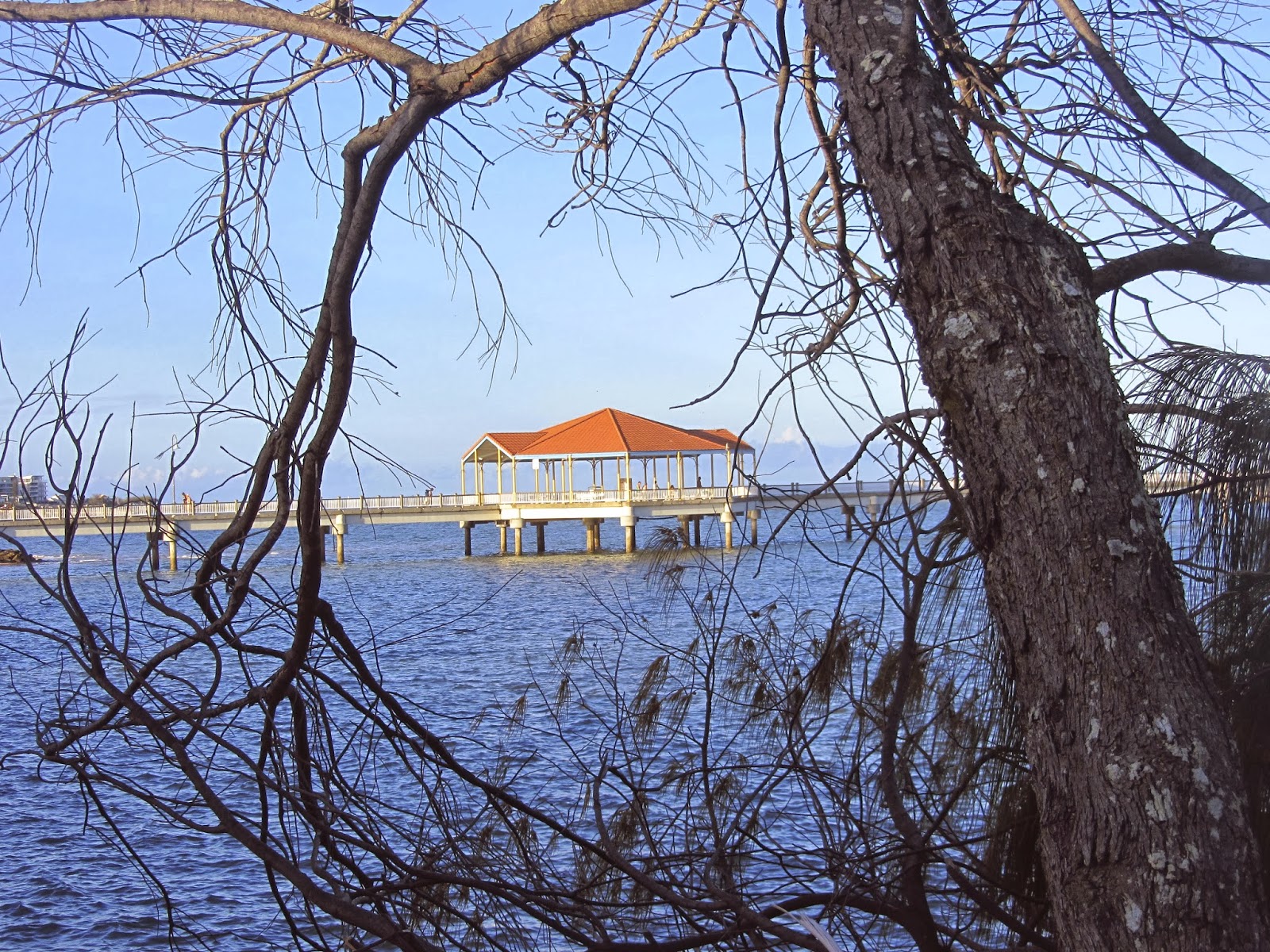 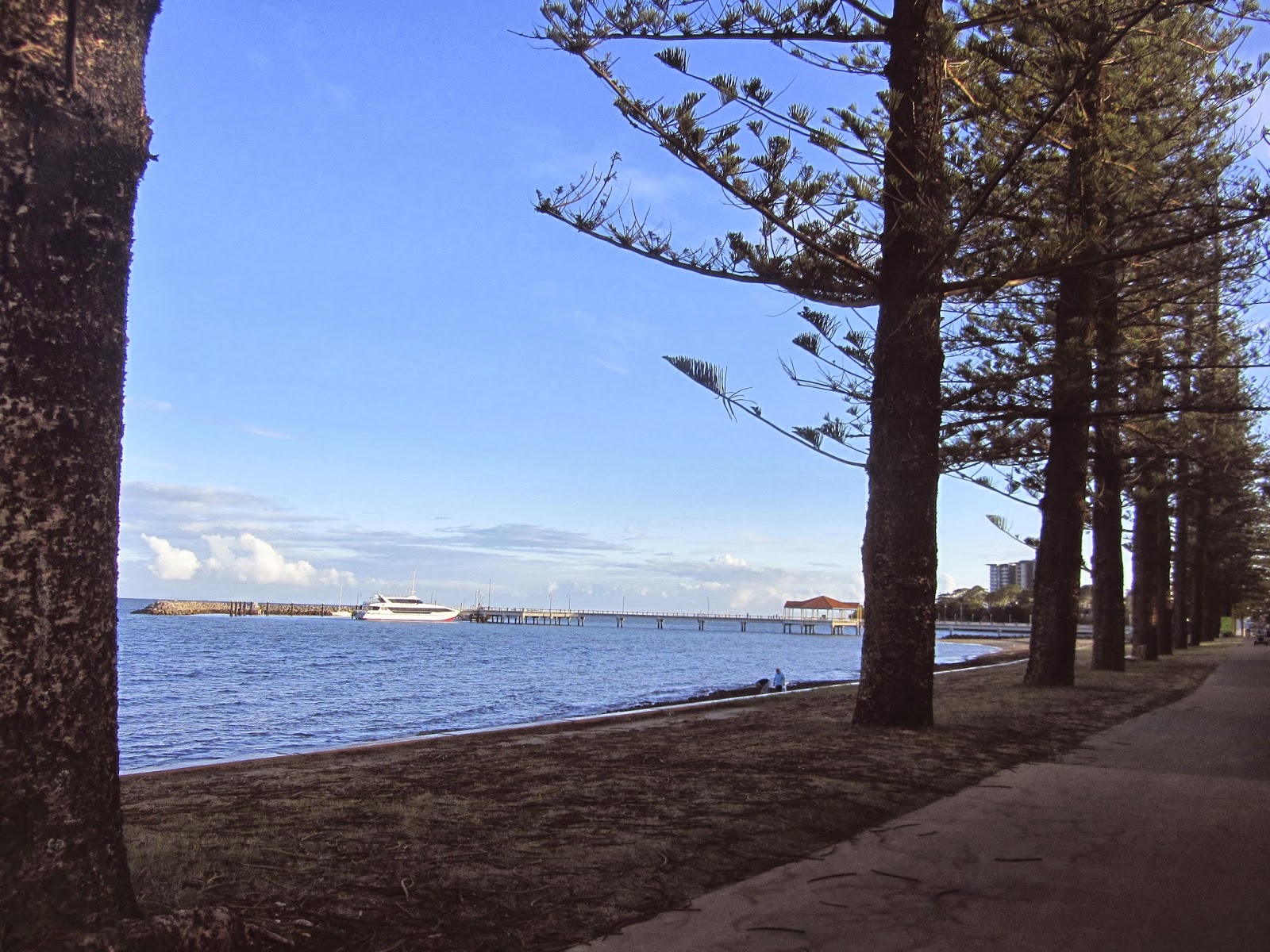 How the other half live. 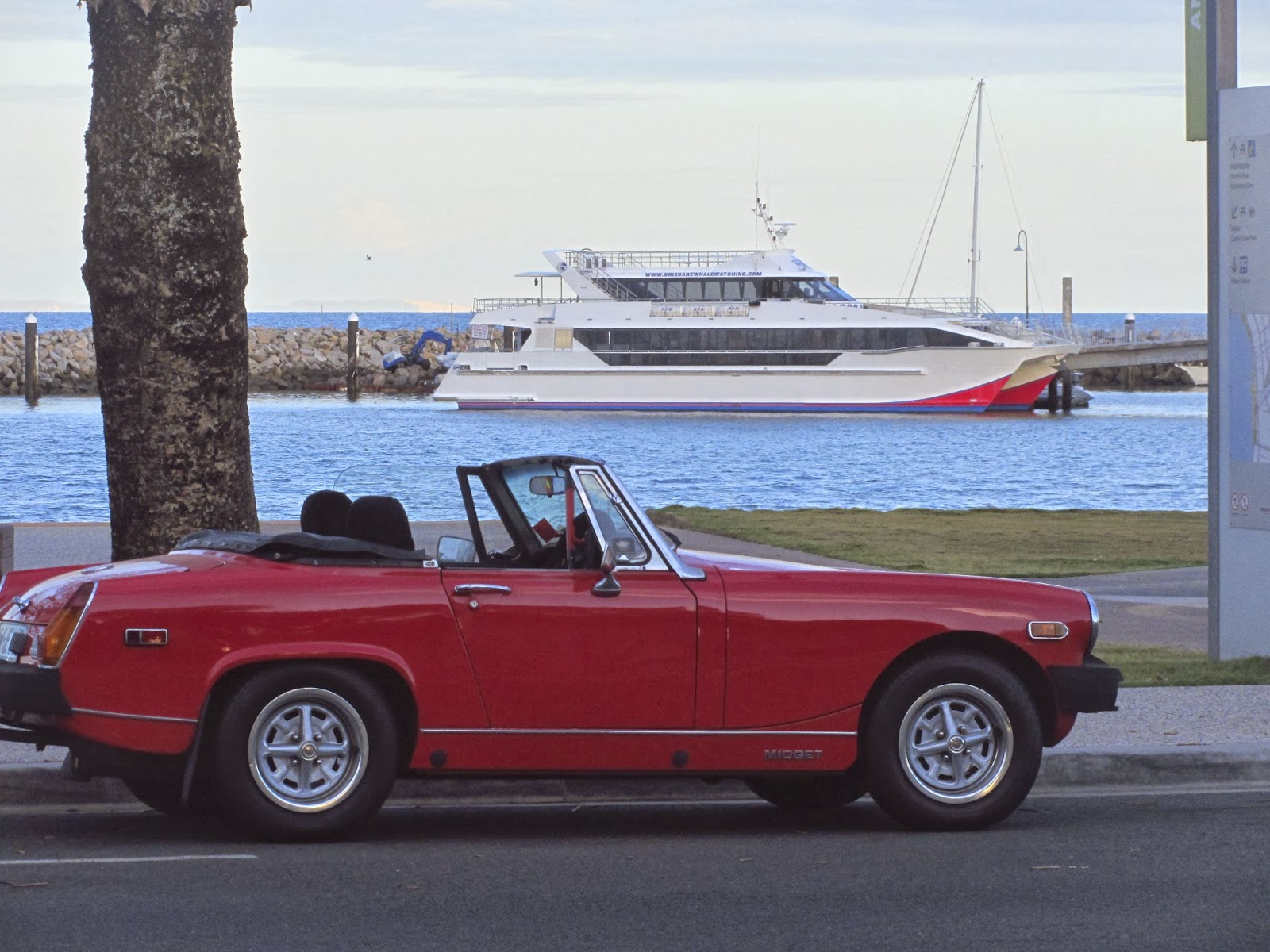 Redcliffe's tribute to their son and world famous pop group, The Bee Gees. 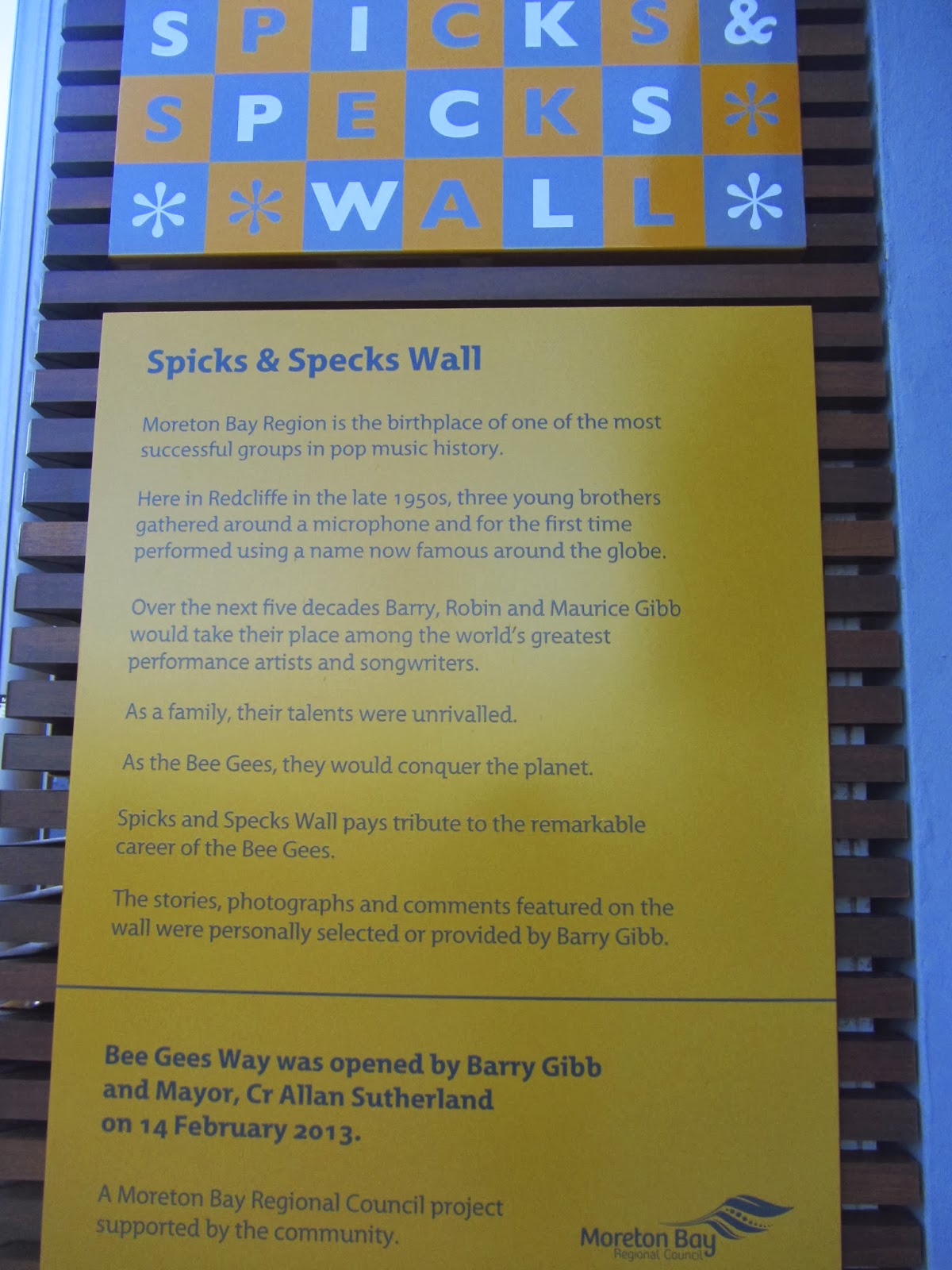 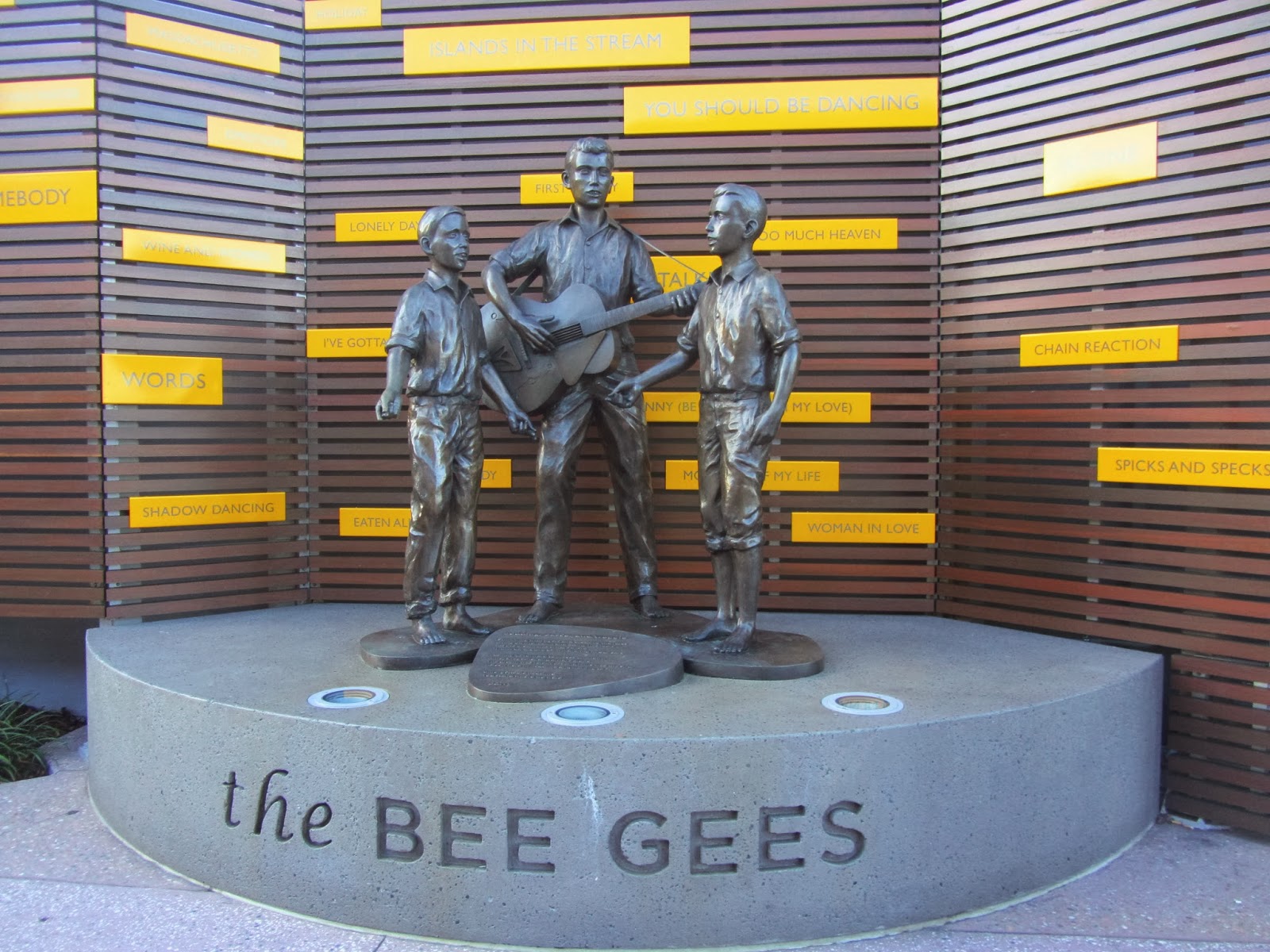 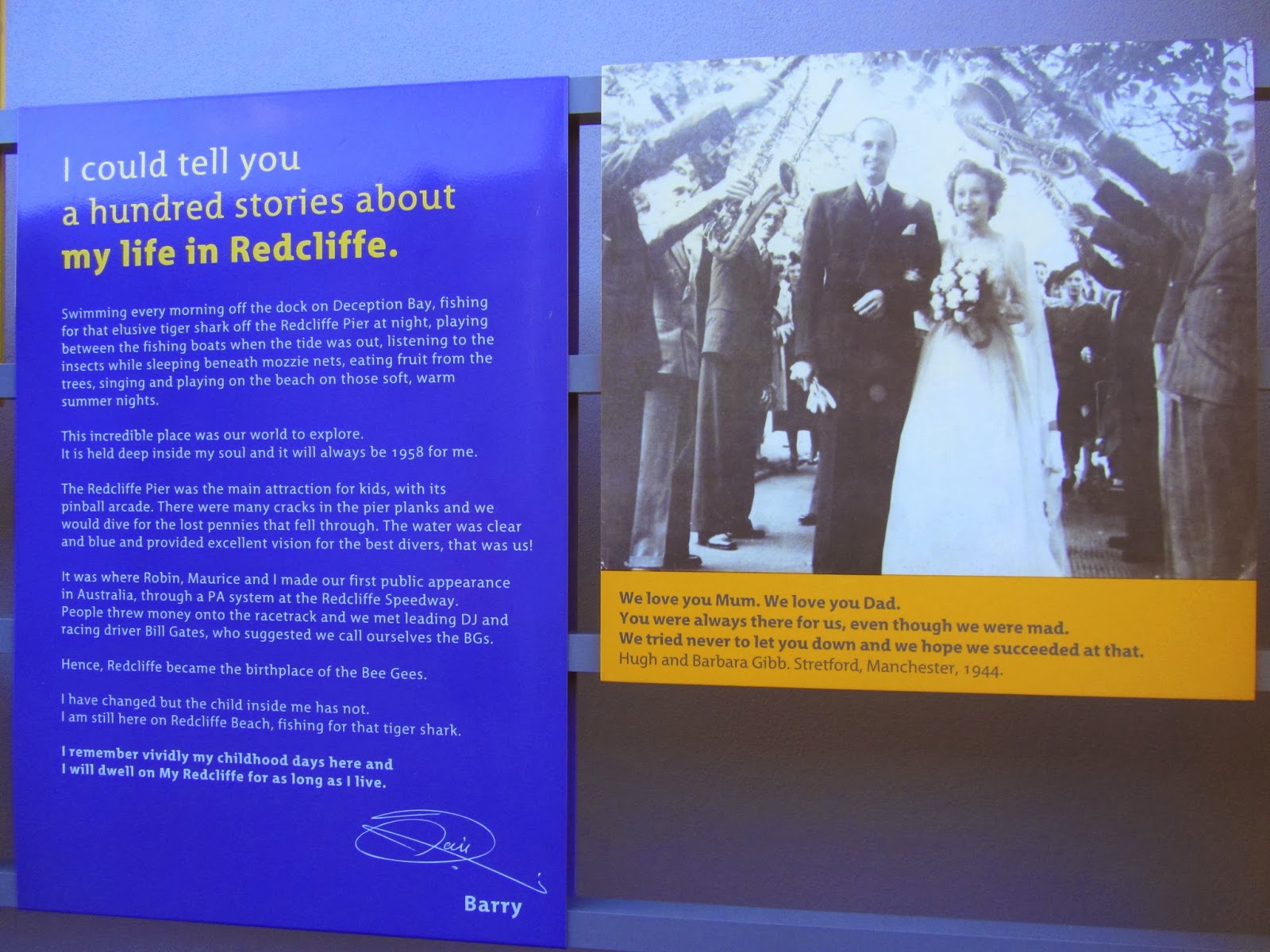 Sunset colours encouraged us on the return leg. 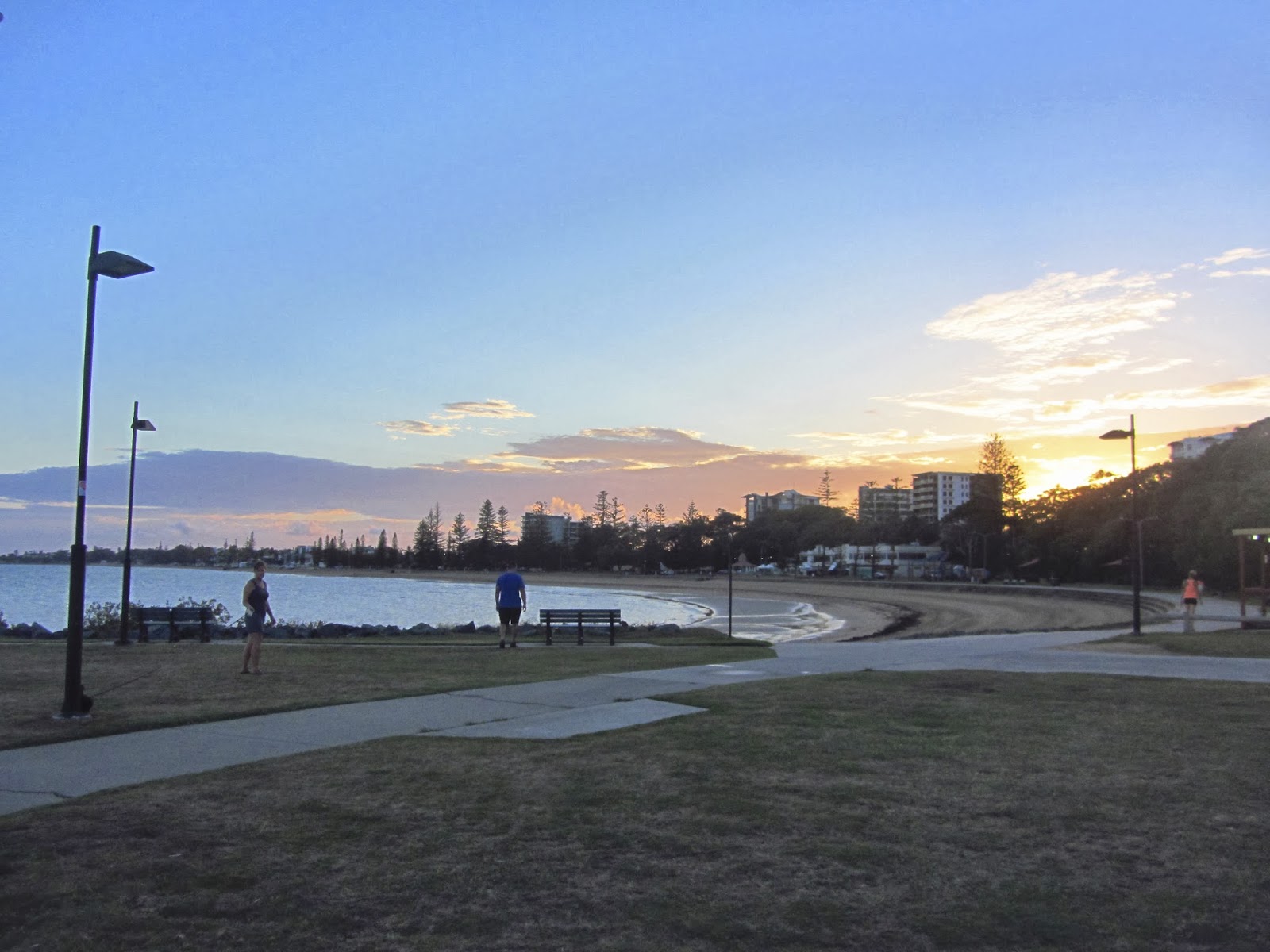 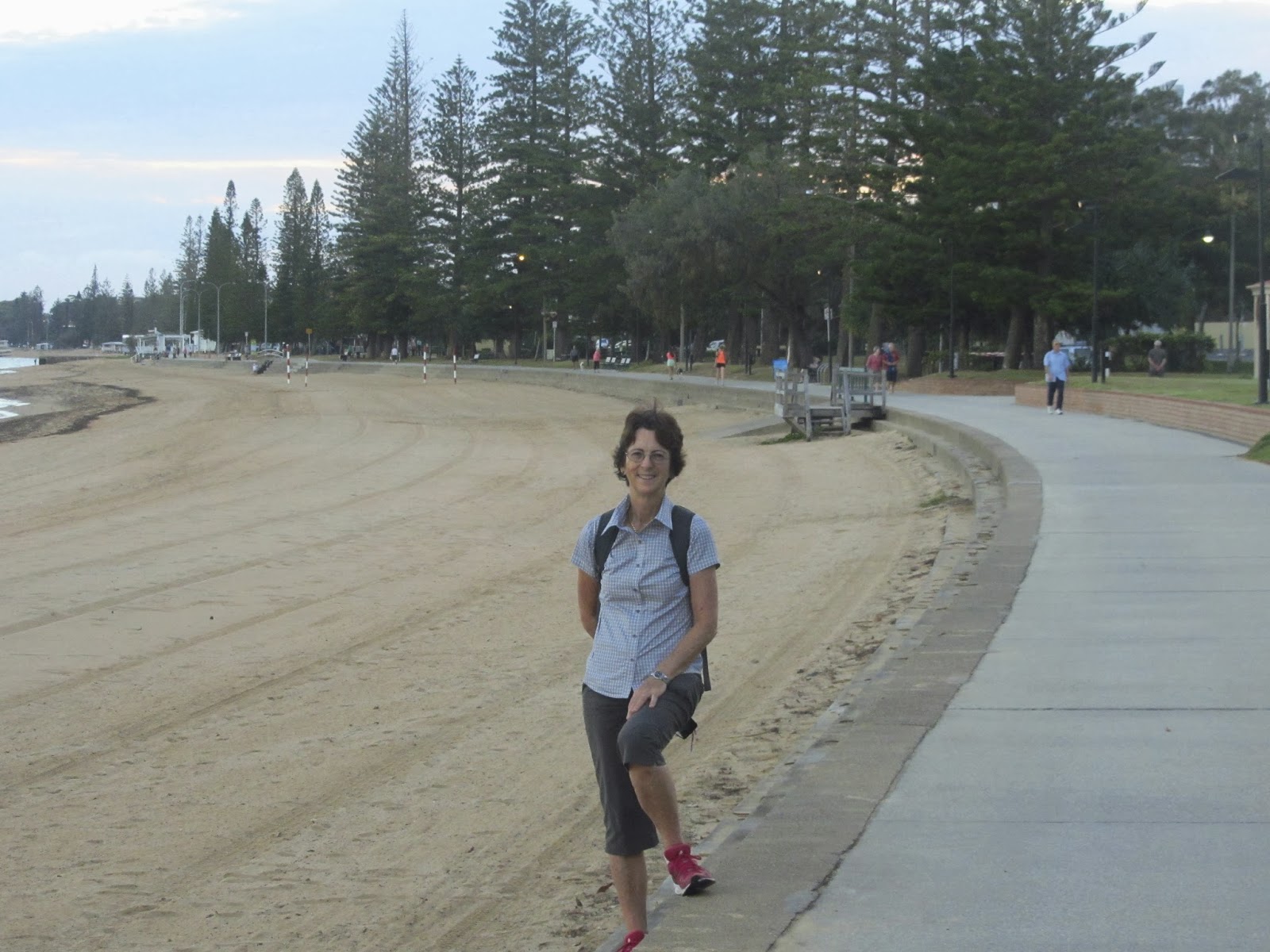 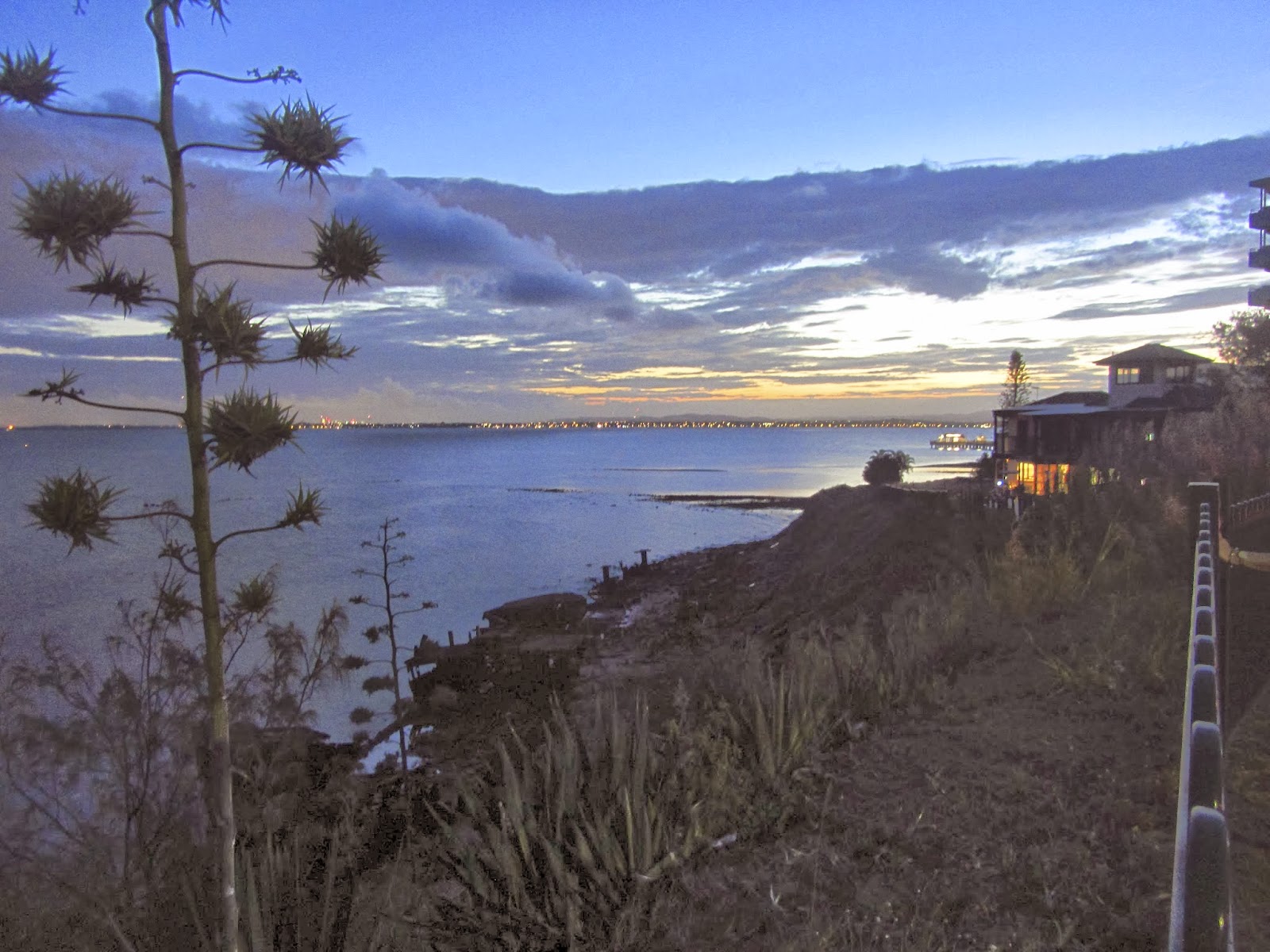 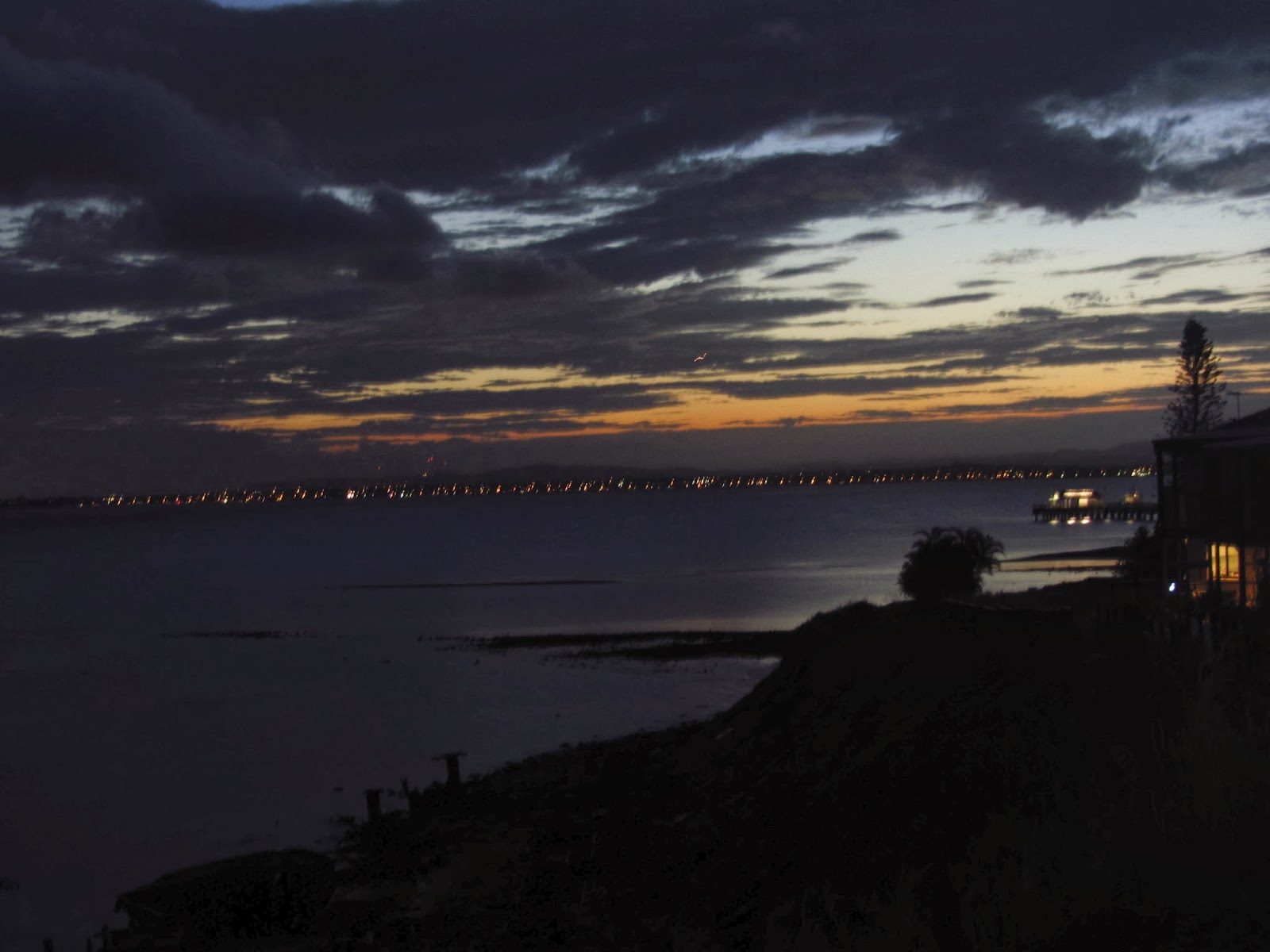 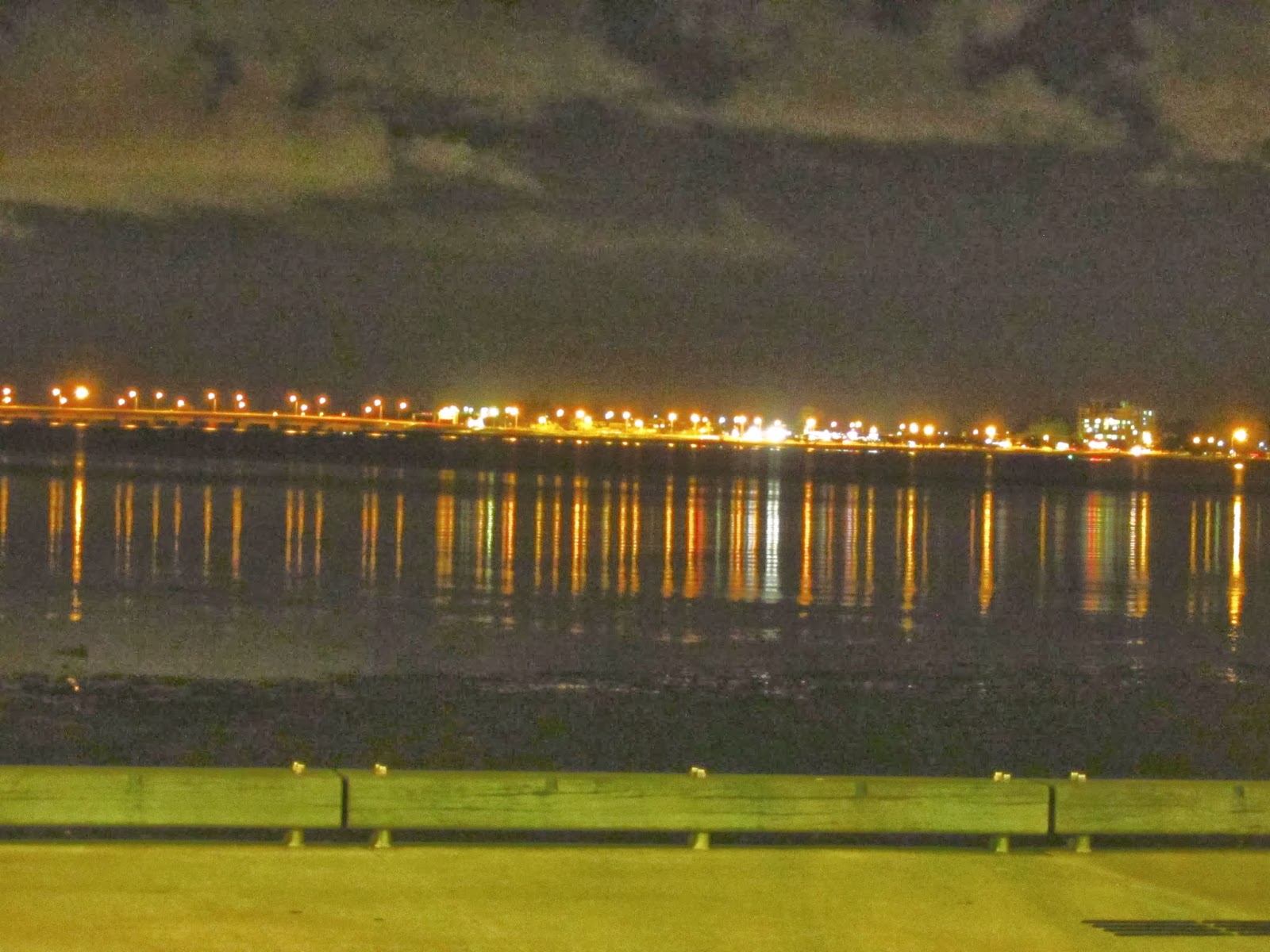 No wonder we didn't rush home!

Happy Australia Day
Life down under is hard to beat!

Thank you for visiting. I would love to read your comment to give me encouragement to keep writing.
For my friends who have difficulty leaving a comment, click on google, click on URL but only write your name and then click publish. Then you have  to type some letters in a box. If you don't succeed with them just try again.