Friends had often mentioned to me the vast trails of Springfield Lakes with the added bonus on a Saturday, of markets to explore. They were added to the 'must visit sometime list'. 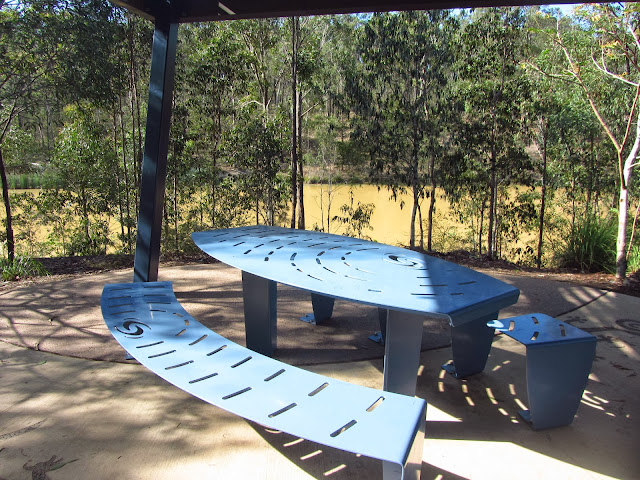 Saturday 26 October we headed there, with the forecast  for a very hot day. By 7am we were sitting here, eating our breakfast, before hitting the trails. Alas signage was poor and we had to back track several times. There had been no rain for 3 months and the tinder dry bush was not at all welcoming. The vegetation along the shoreline tried to put on a brave face. 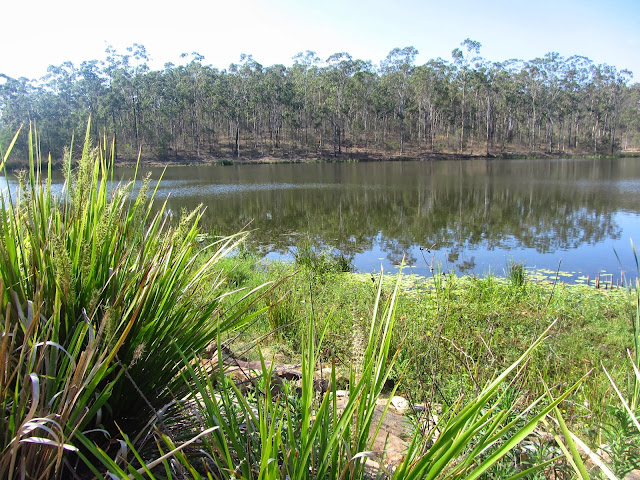 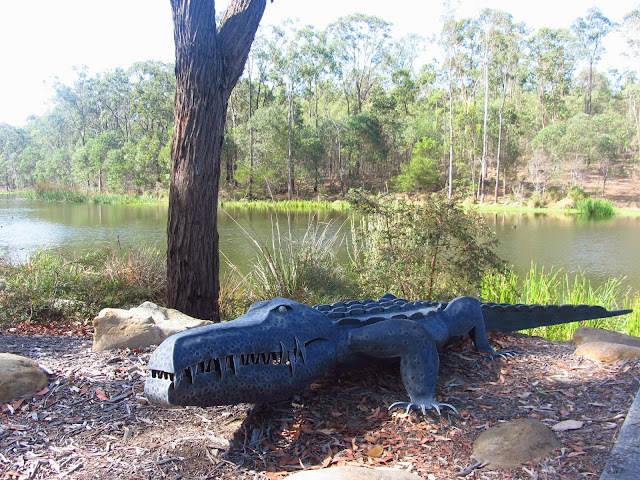 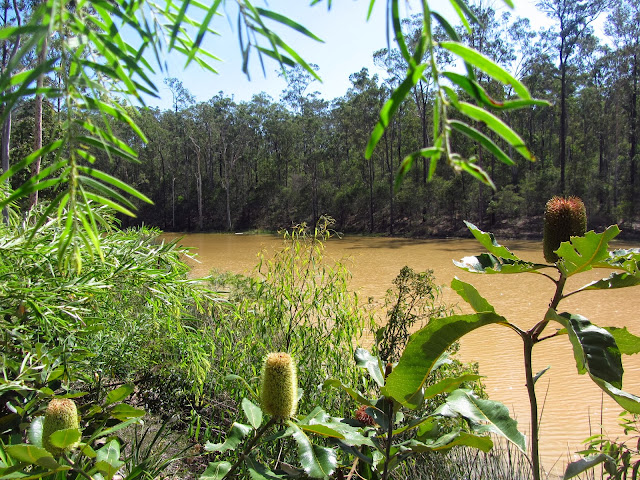 We managed to walk for 2 1/2 hours, but it wasn't with the usual sense of achievement. Even the markets took some finding and were so limited, that within 15 mins, we were back in the car and returning to Brisbane - dusty, sweaty and hot. Our spirits lifted when Margot suggested we have an early lunch at a tiny Vietnamese restaurant she frequents at Darra. Definitely worth a return visit.

Two weeks later, Saturday 10 November, found us setting off on a Brisbane suburban walk. The forecast heat for the day, had us parking the car at Toombul Shopping Centre, under the shade of the airport rail link, by 7am. 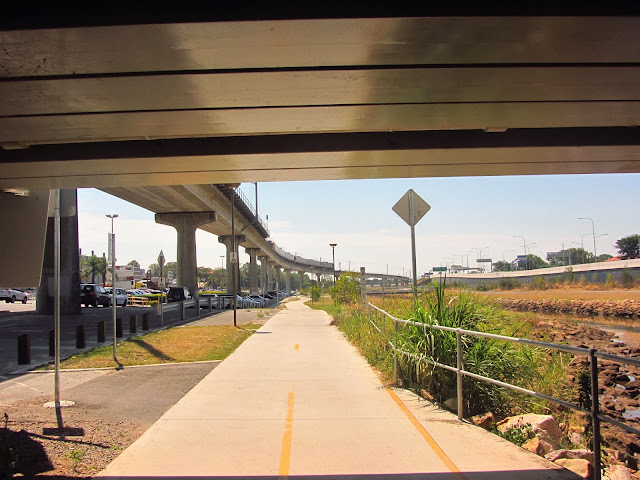 Not the most picturesque starting point, but we were surprised at how quickly we left the city behind as we set off along the bank of Kedron Brook. We walked for 3 hours return and the majority of that time we were in leafy parkland, with occasional views of suburban homes. It was lovely to see so many families up so early, enjoying the space and bike paths.

We still hadn't seen any rainfall, so the creek banks wore the only splashes of green, but the meandering creek, with its overhanging trees and wildlife, made this a relaxed and satisfying walk. We even learnt, that along Kedron Brooks banks was where the 1st coal was mined in Qld, having spotted a cairn commemorating this historic fact. 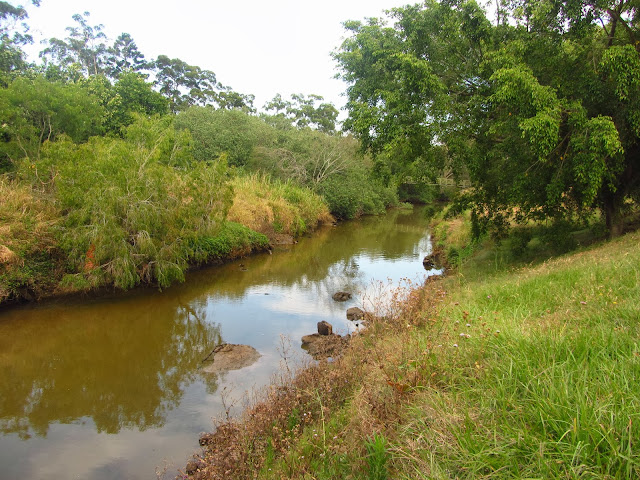 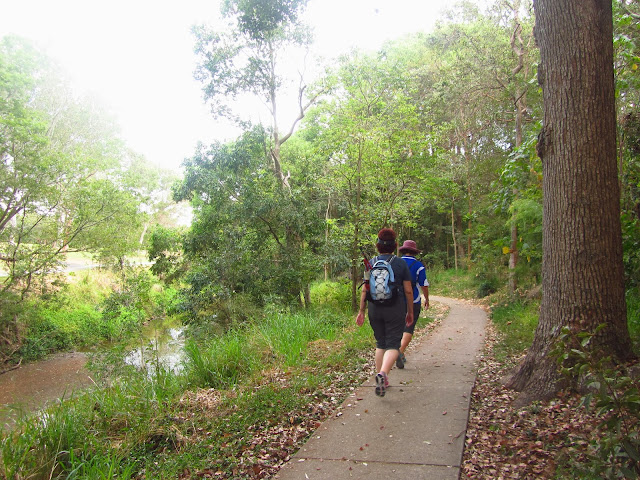 For my Northern readers, the leaves on the path are not autumn leaves, but the signal that rain is badly needed. 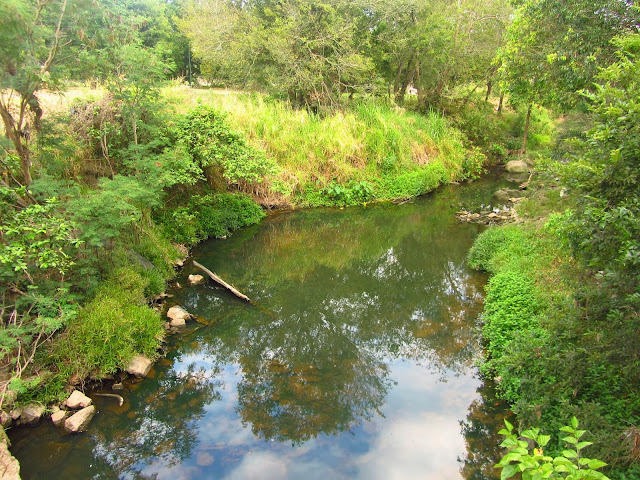 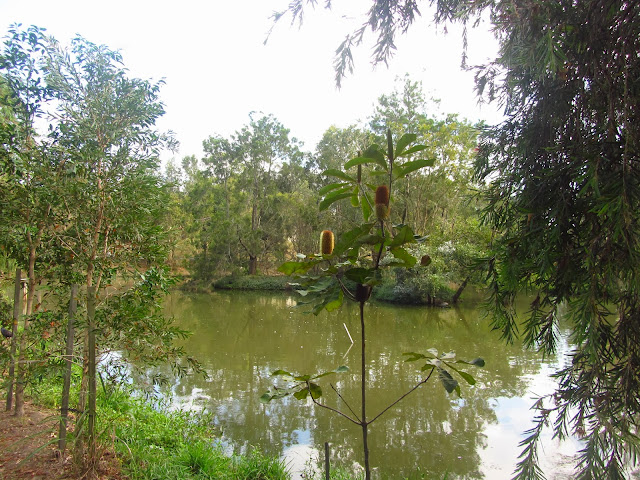 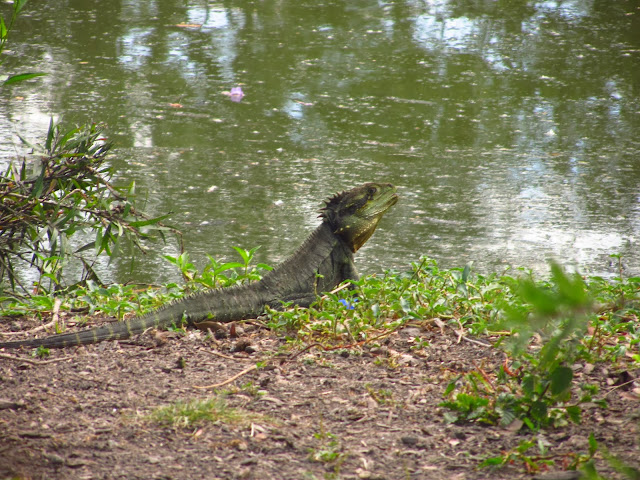 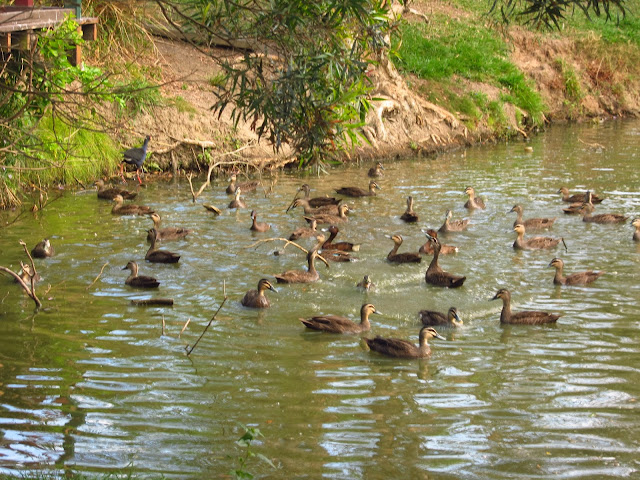 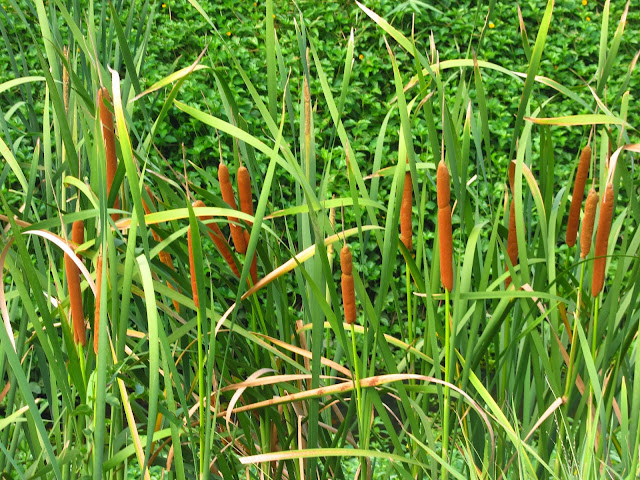 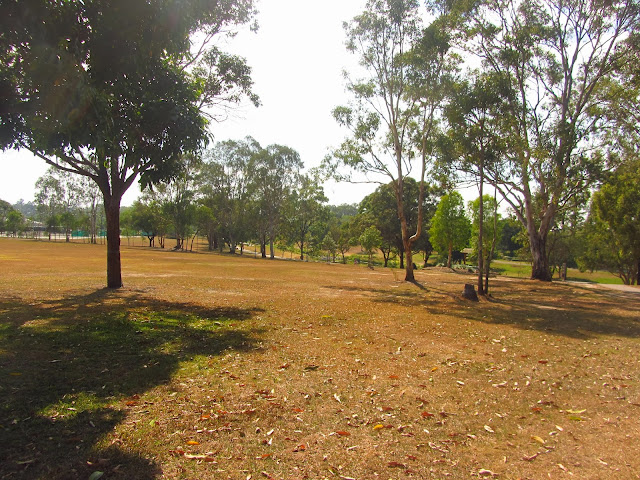 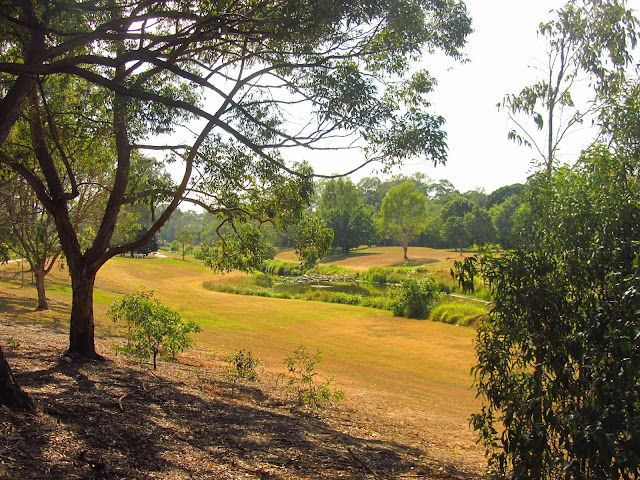 October is the month that the Jacarandah tree drops its leaves and clothes itself in mauve blossoms. For uni students, it is the reminder that end of year examinations are not far away. It now being November, most blossoms were making a carpet beneath the trees. These few were being tenacious. 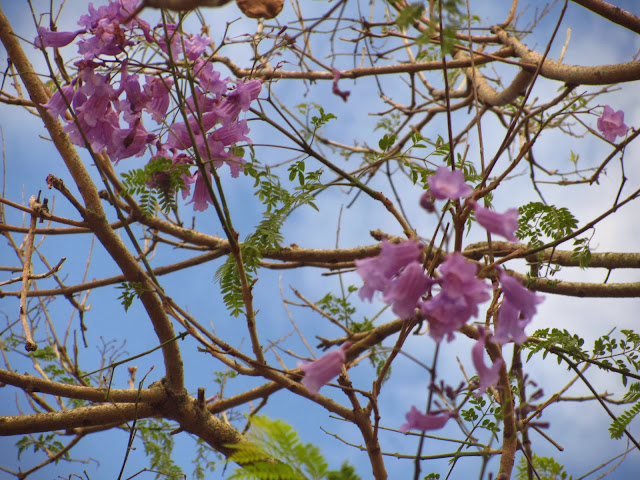 As the blossoms of the Jacarandah fade, the red of the Poinciana blossoms make their drammatic statement. 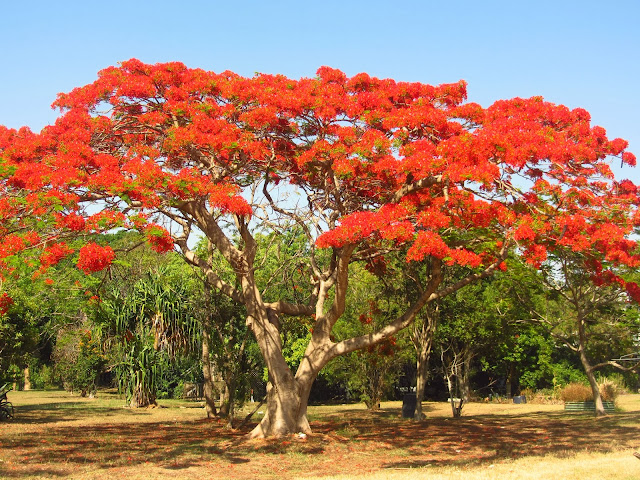 On completion of this walk, we drove a short distance to the Eagle Farm markets, where we discovered and abundance of food stalls, mouth watering fruit and vegetables, selections of cheeses, oils, crafts and creative clothing. 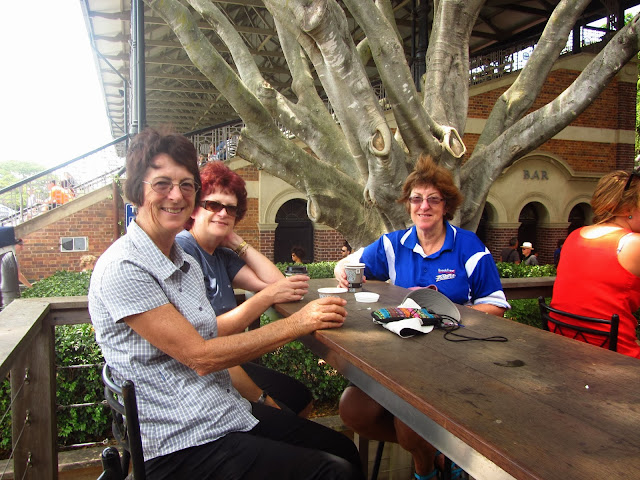 A refreshing coffee beneath the shade of a large fig tree, was a very pleasant end to
another walk 'down under'.

Thank you for visiting. I would love to read your comment.
Posted by Helen at 04:35