To better see the photos, please click on them to increase their size.

2 posts being added tonight.
Don't miss Saturday March 15 - How to celebrate a birthday. 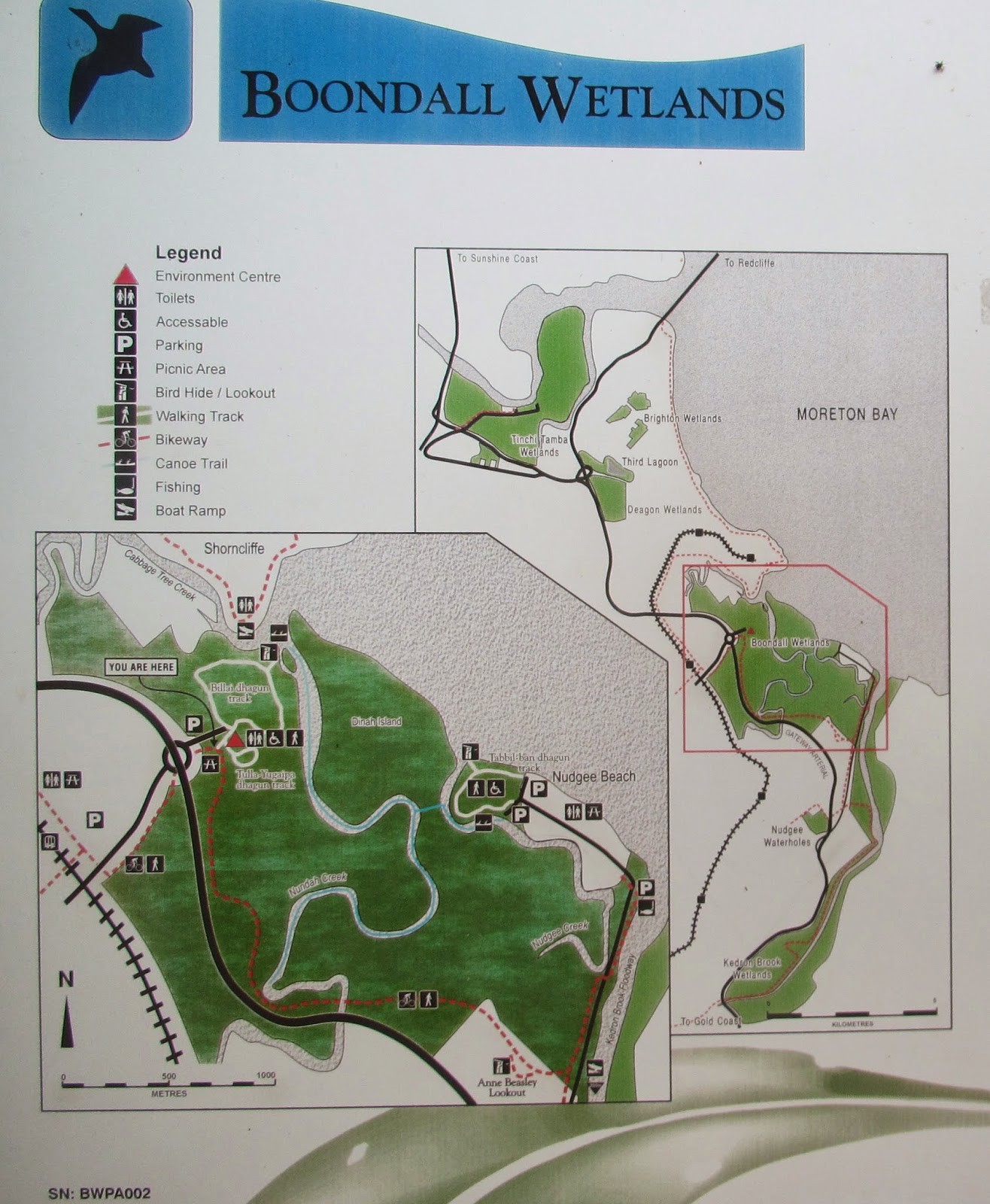 After our viewing of the wetland guides on our arrival, the decision was made to walk the 2km Billai dhagun circuit before before having our customary, energising coffee and cake. 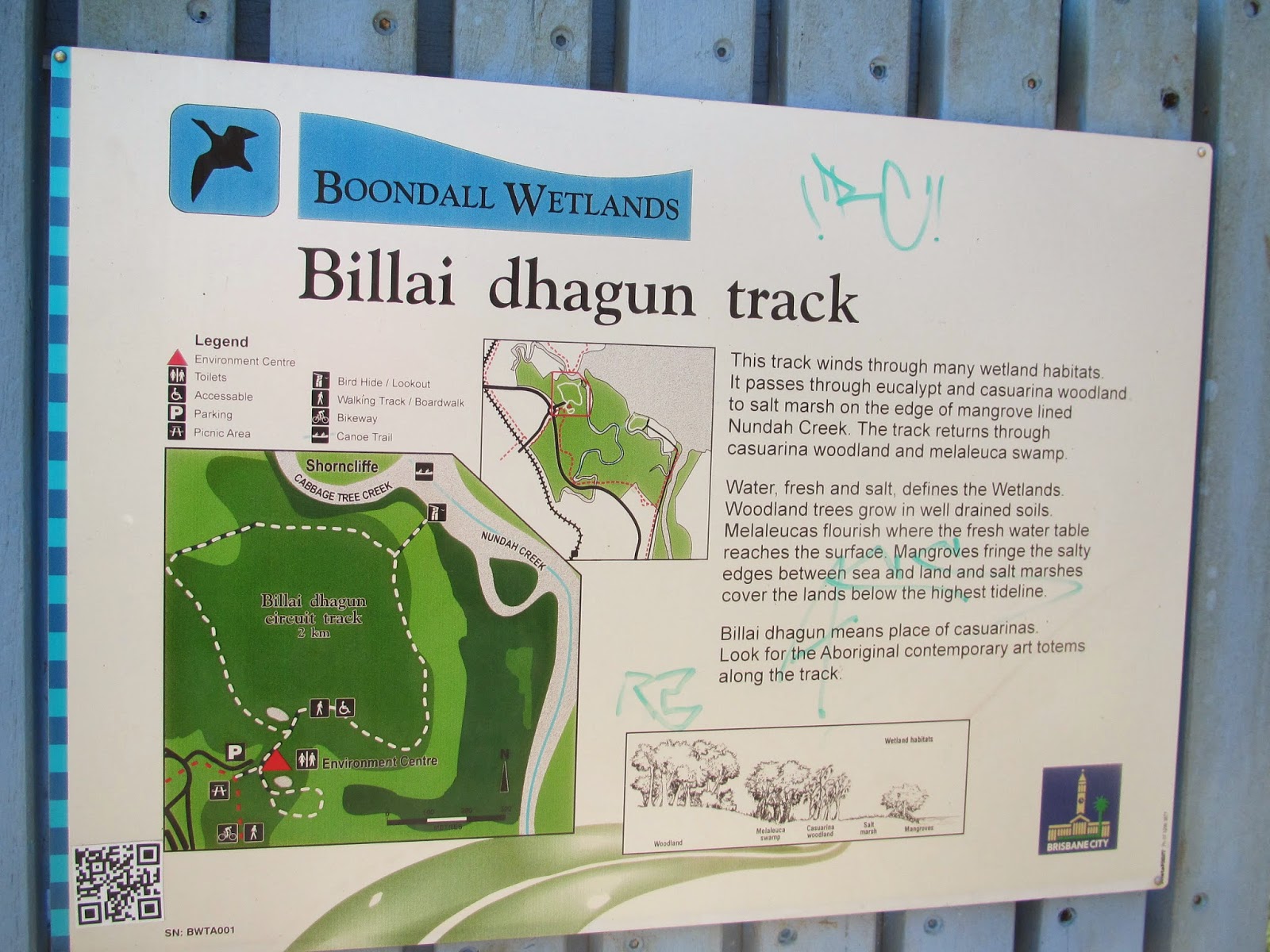 The signposts may have said wetlands, but after a long, hot, very dry summer, there was was little to indicate that that was where we were walking. As we ventured to the broad walk, the day's temperature  indicated that it would not be kind.  A small baby brown, slithered rapidly off the path as we approached, but that was all the fauna we saw. 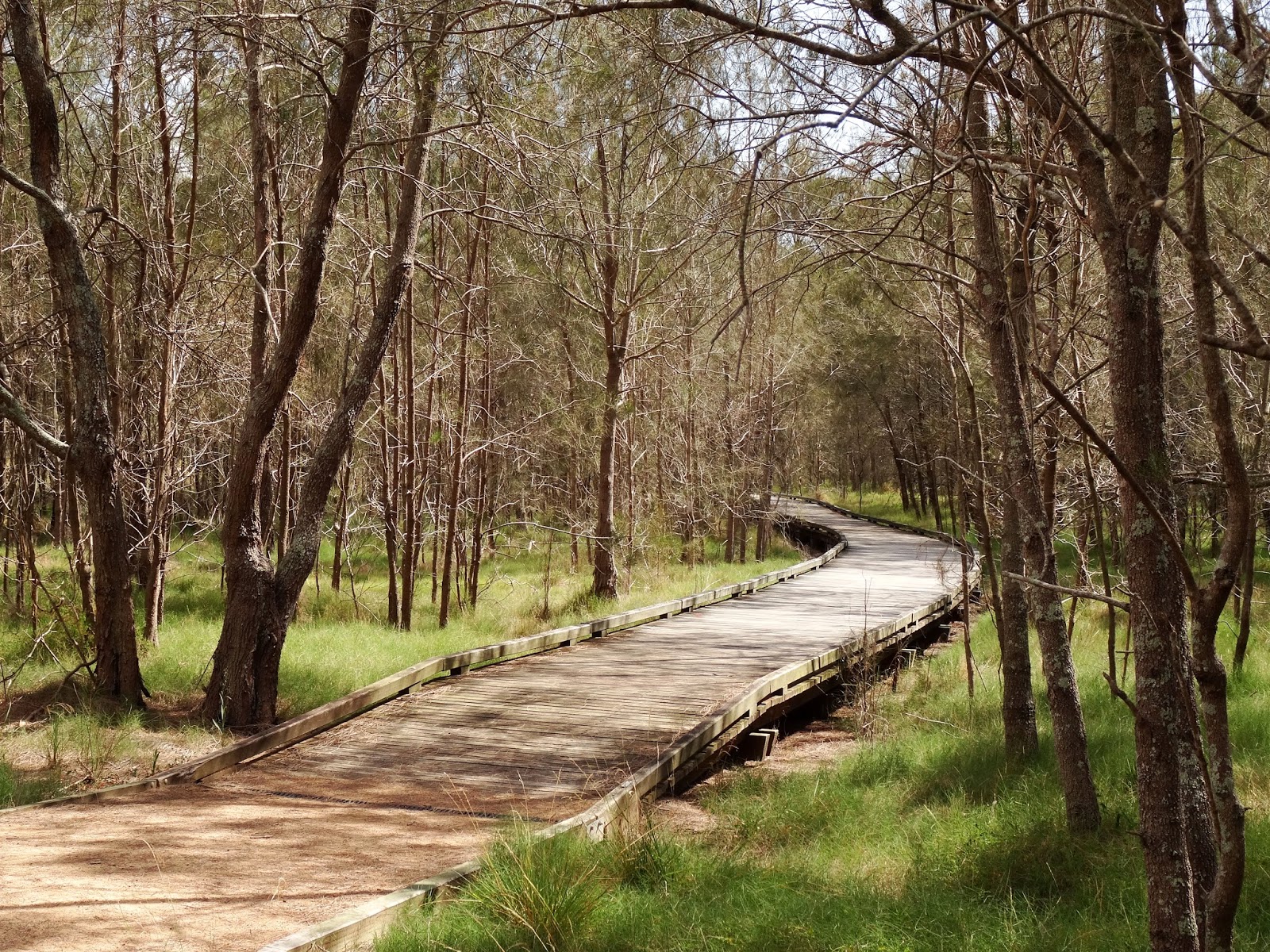 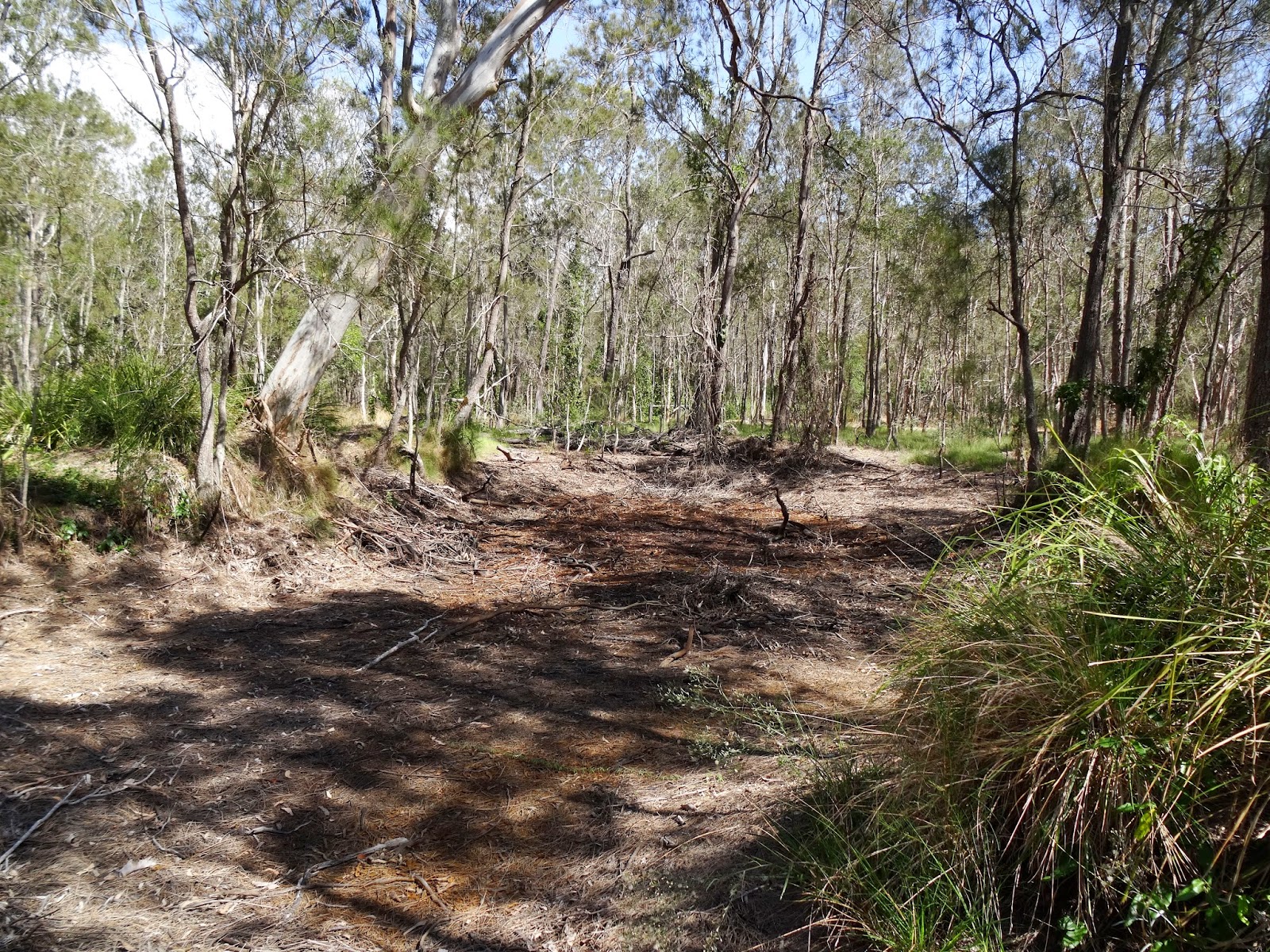 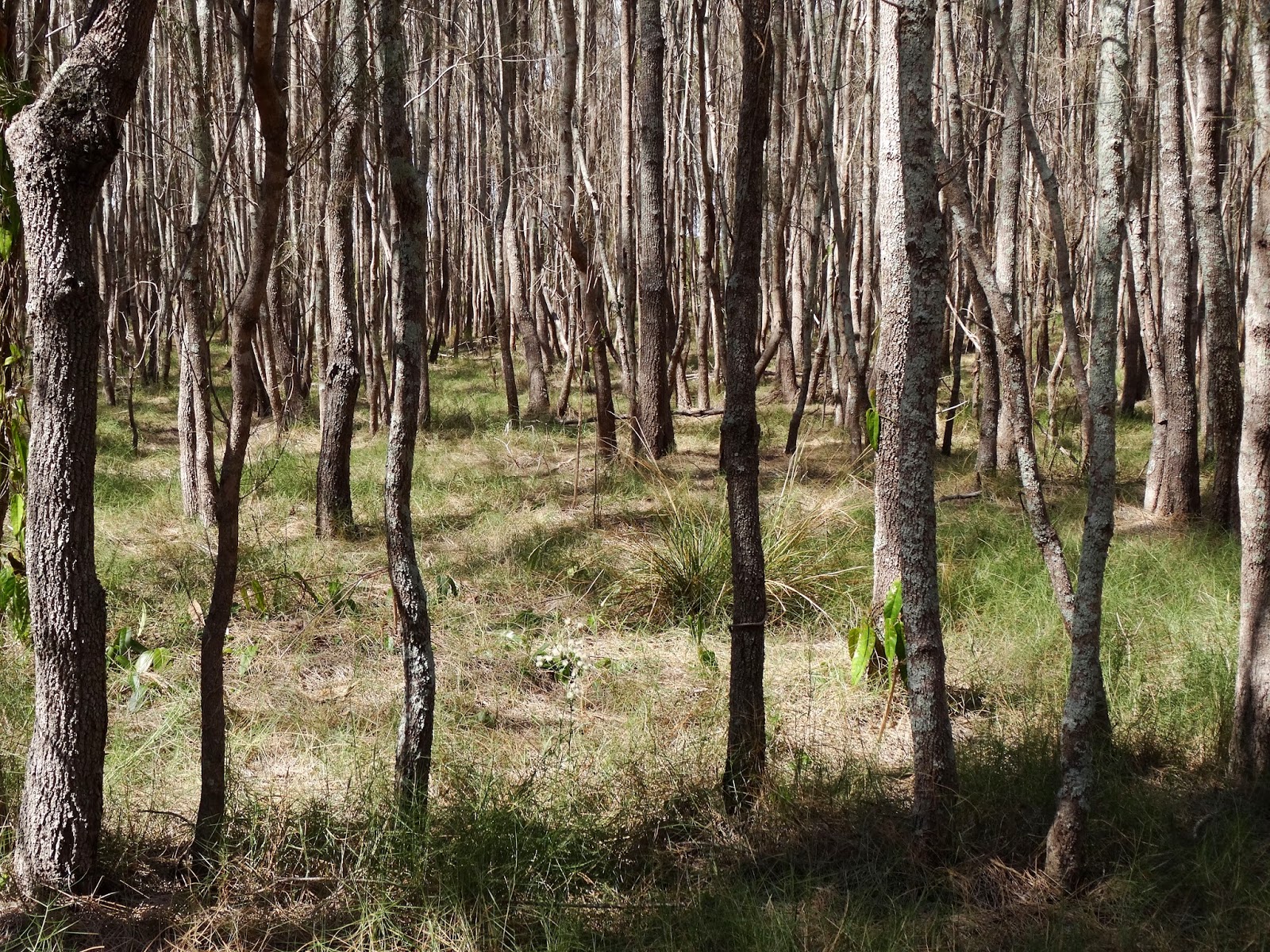 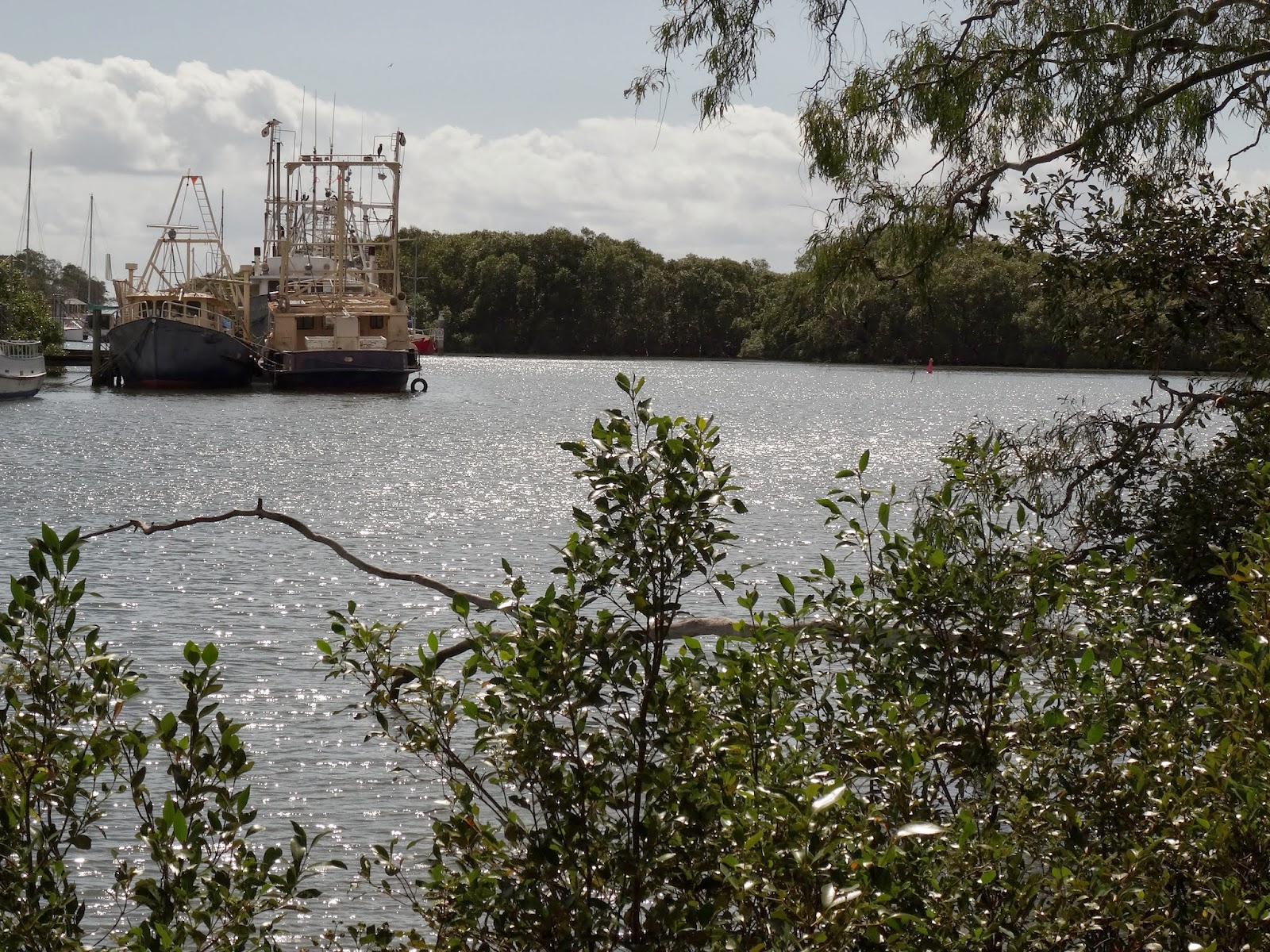 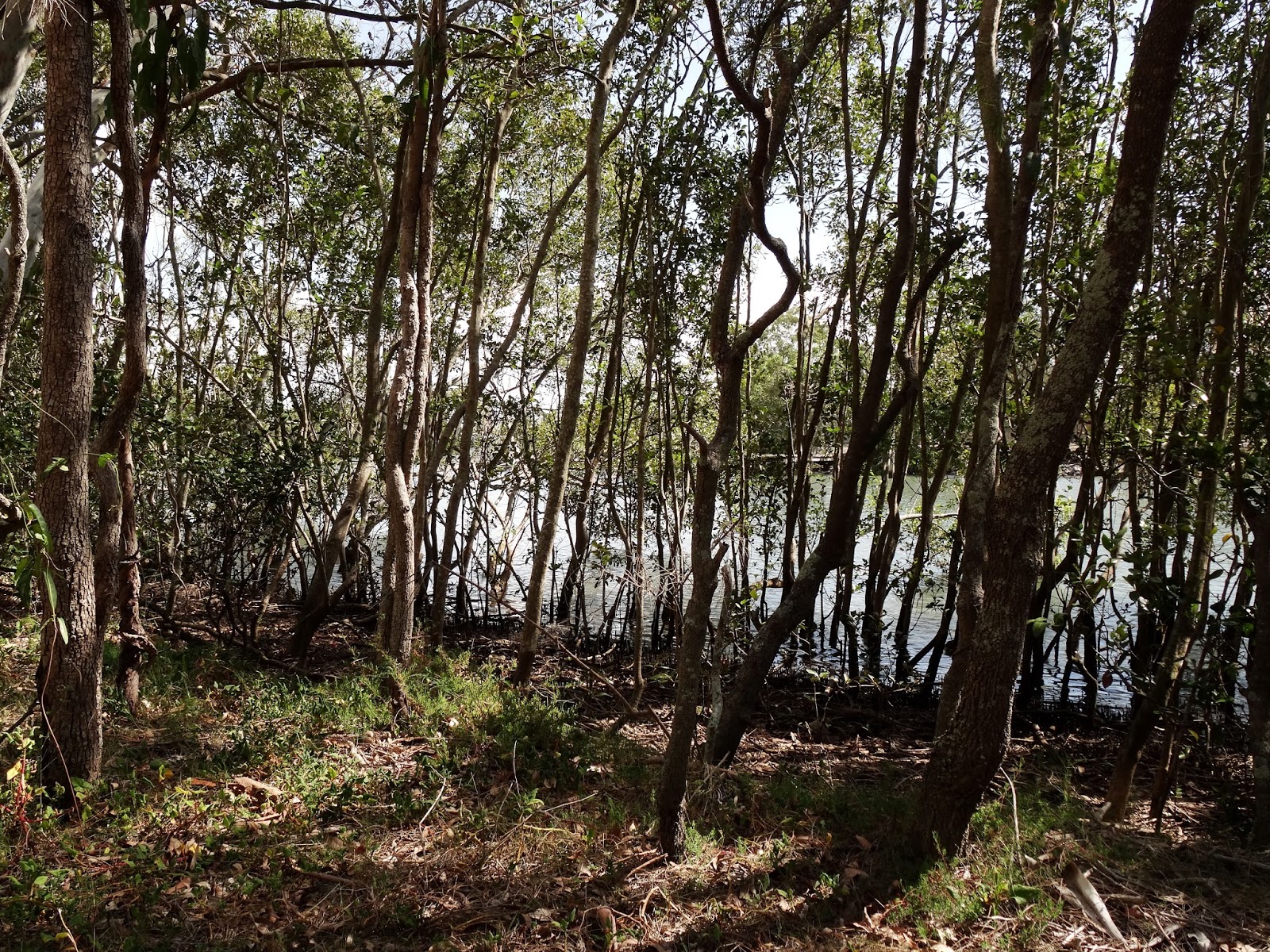 The Boondall Wetlands is internationally recognised as an important feeding and resting habitat for migratory wading birds from countries such as Siberia, China, Japan, Mongolia and Alaska. Recently, it has been recognised by being made a RAMSAR site (RAMSAR is an international convention for the protection of Wetland sites).

Some time was spent in the bird hide but with no success spotting any birdlife. 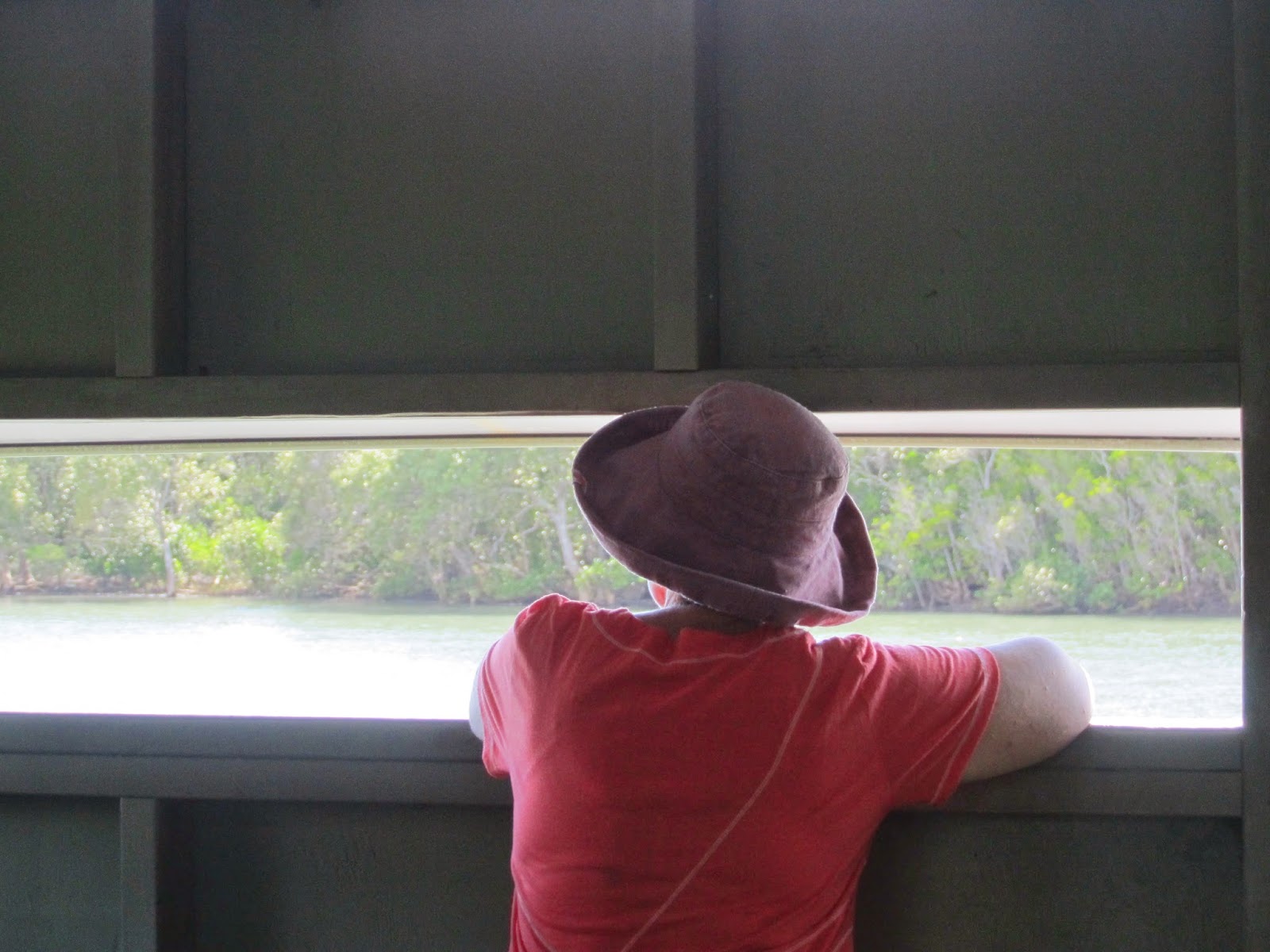 As we finally set off for Nudgee Beach, we quickly became aware we were sharing a bike path and needed to stay alert for bike traffic. We appeared to be the only souls on foot.

Earlier our attention had been attracted to totem like poles. 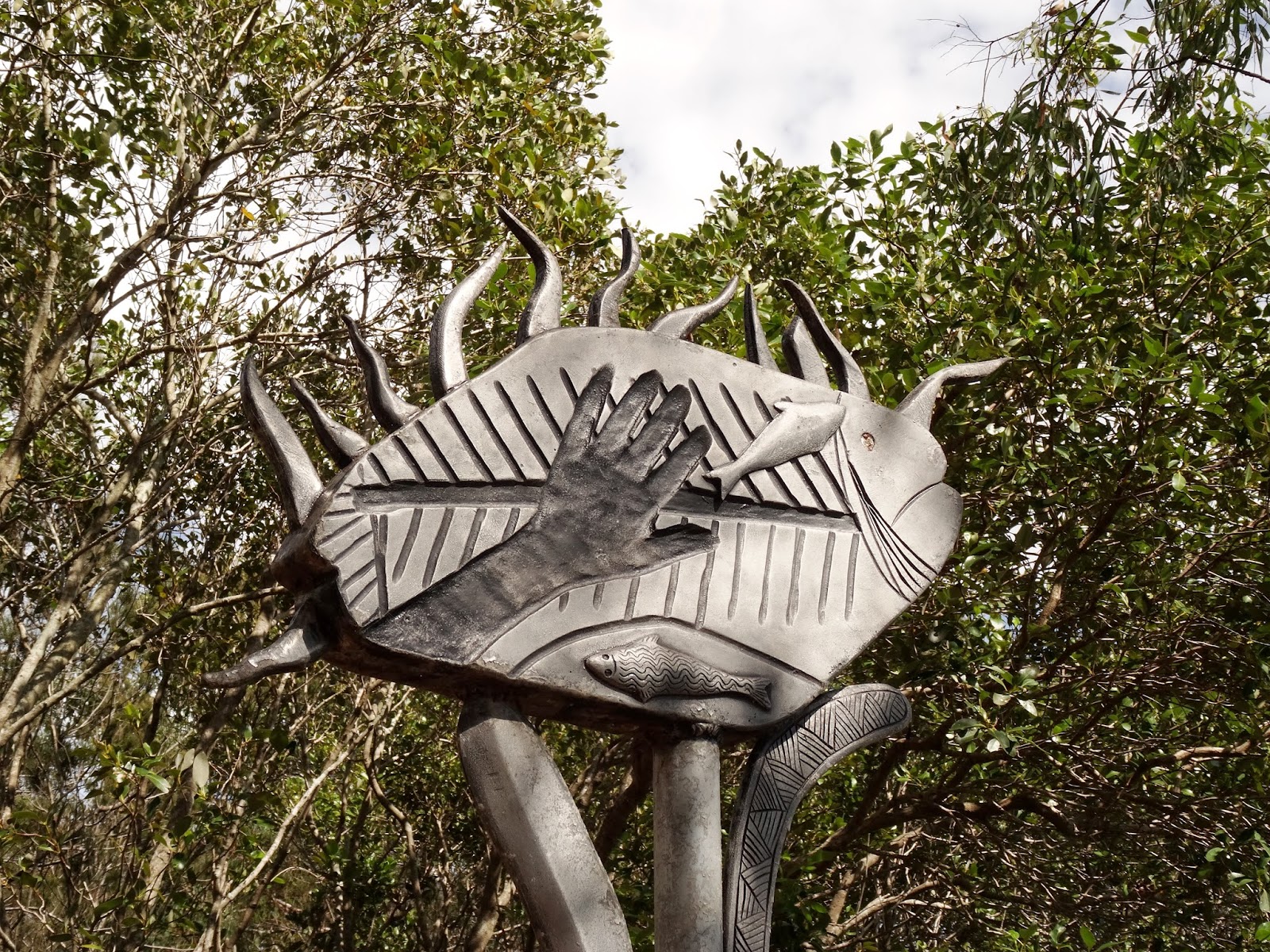 18 cast aluminium totems symbolise aspects of Aboriginal culture in Boondall Wetlands. The totems refer to food, plants and animals, tools, camp life and the Dreaming, and each totem is placed near a related site, plant or animal habitat. Many of the totems are supported or framed by local weapons including shields and boomerangs.

There were numerous bridged waterways and backwaters. 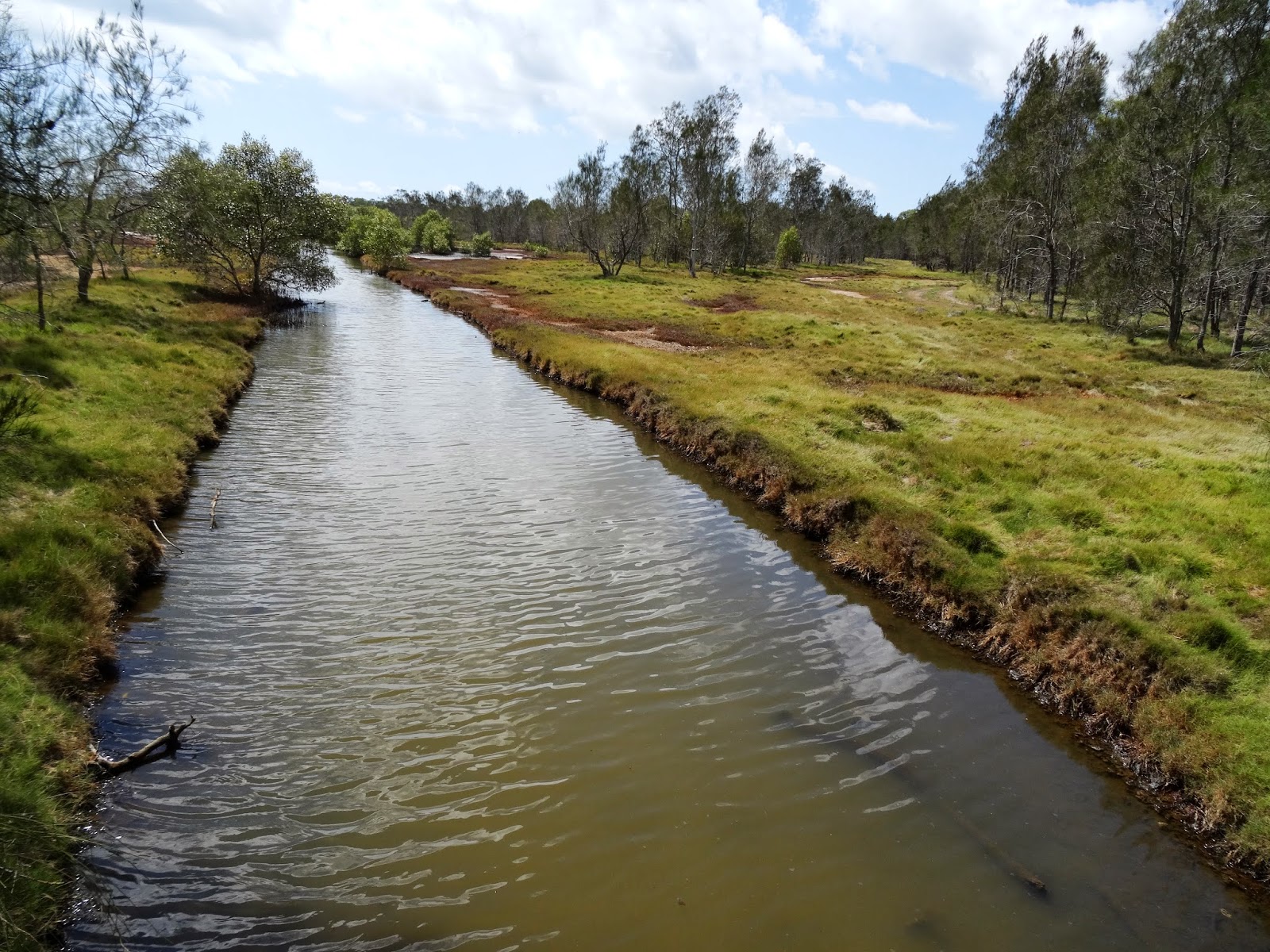 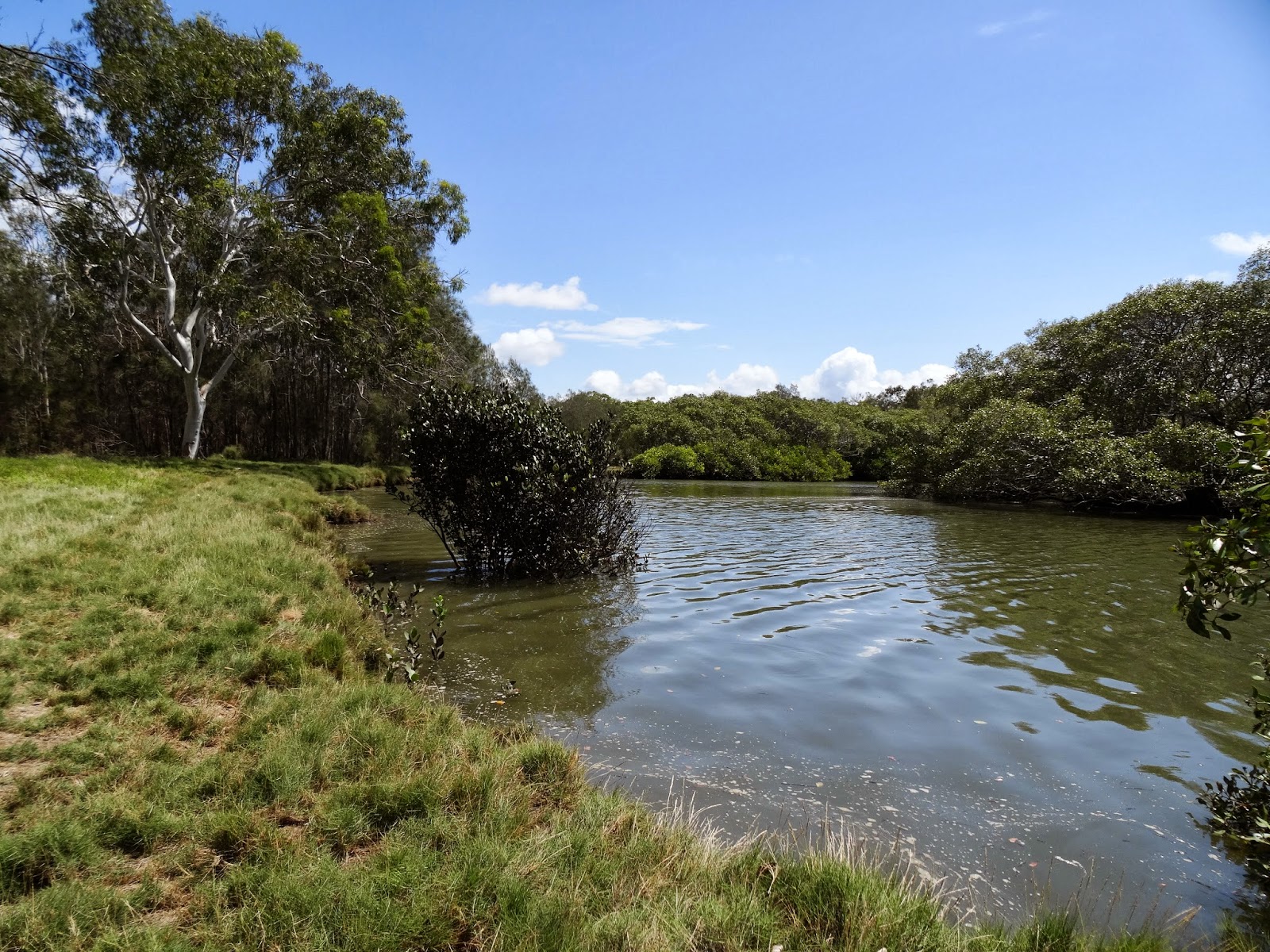 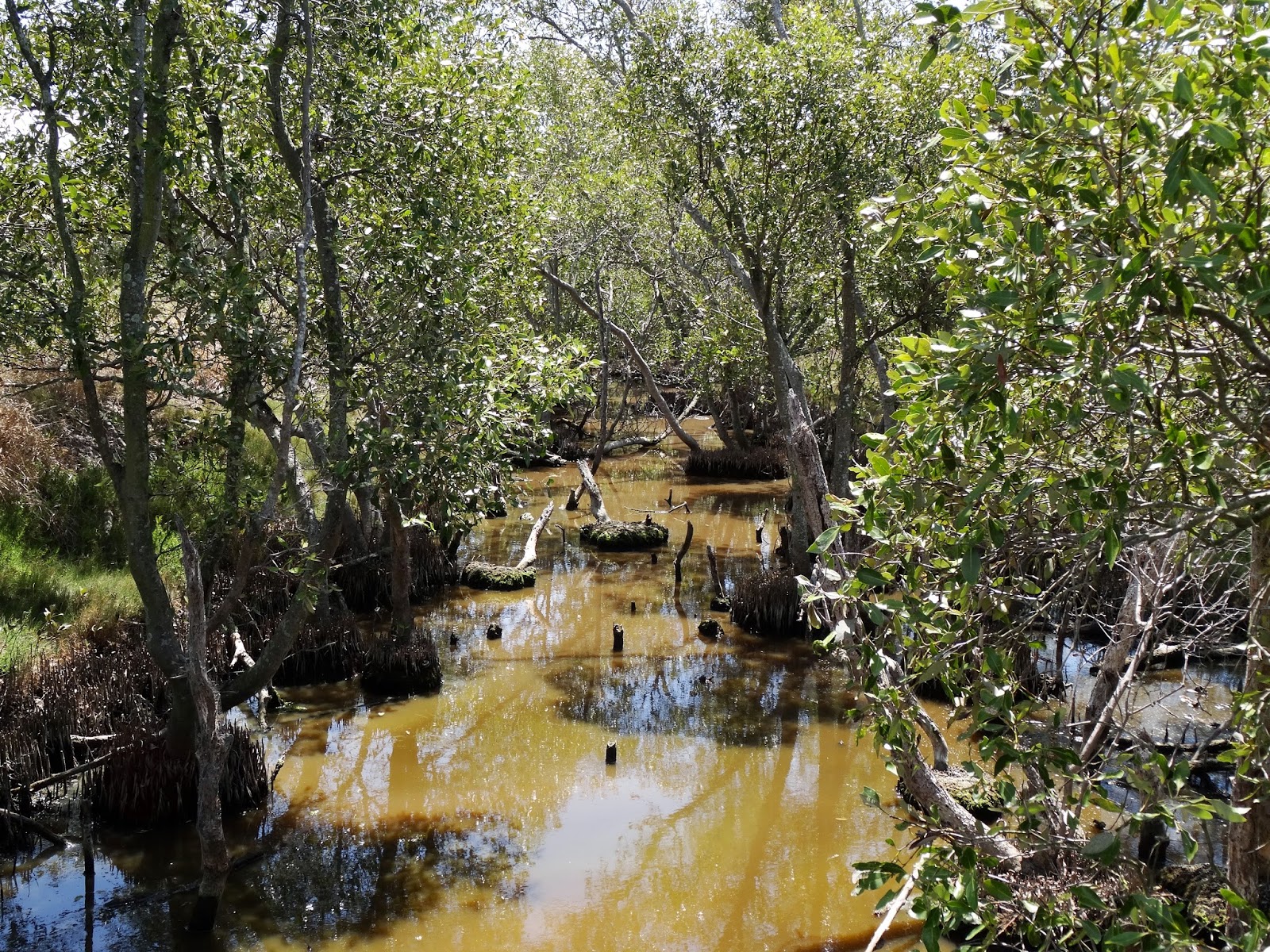 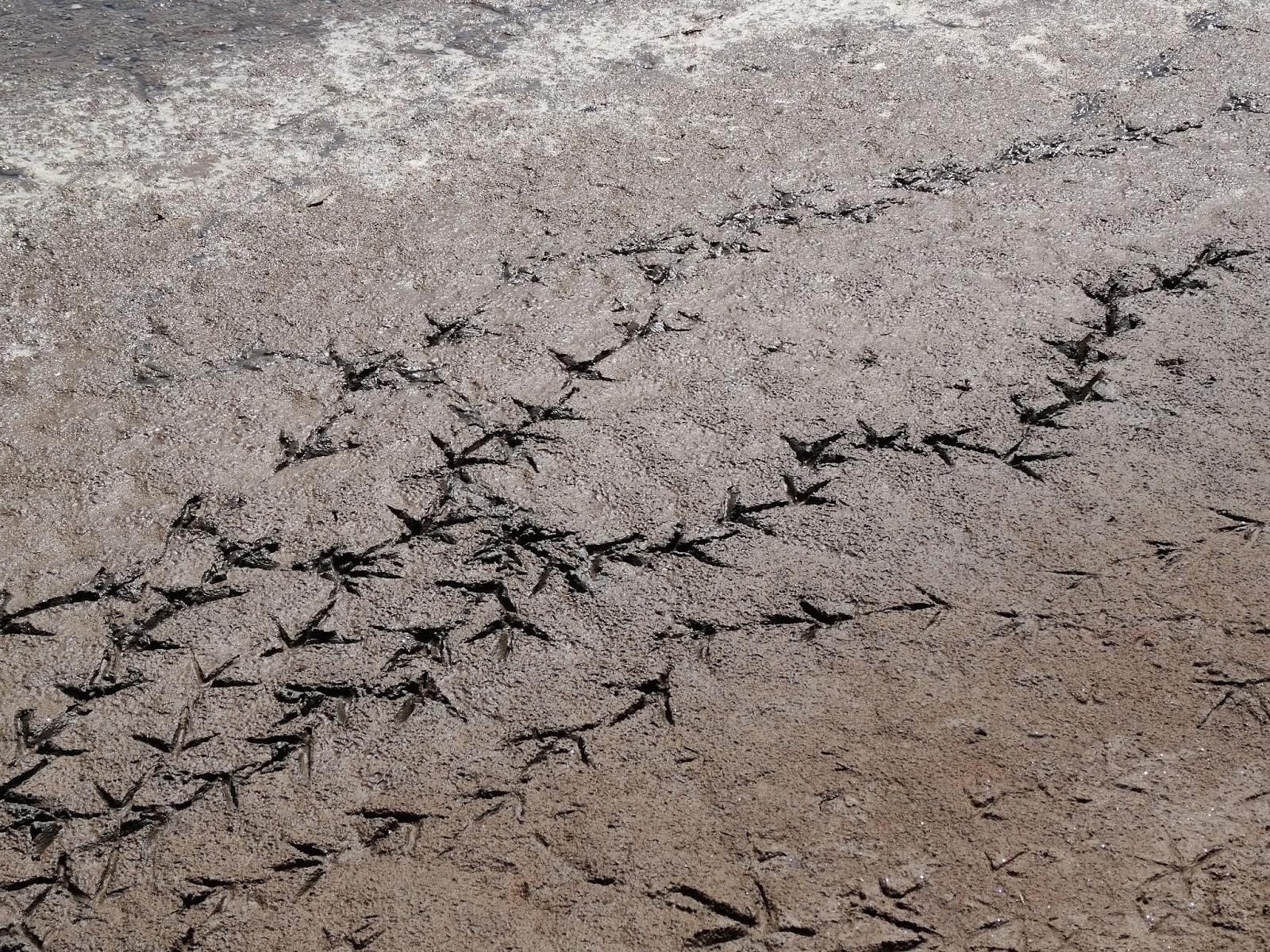 On one of these, we were in total wonder of a flock of pied oystercatchers who appeared to be walking on water. As we moved closer to them, they took flight together landing a safe distance away. There was no breaking of the surface water for landing or take off and their movements were synchronised. 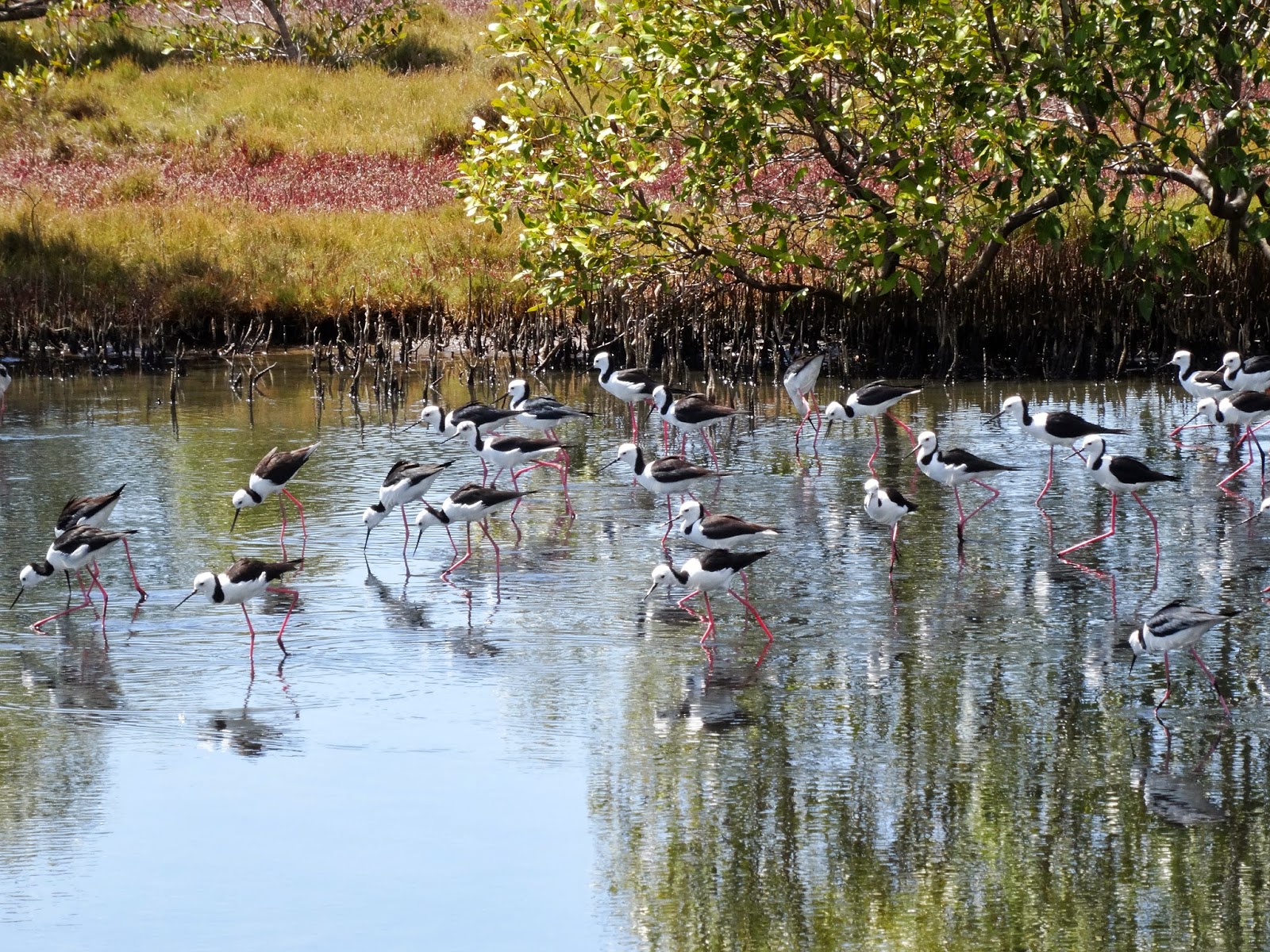 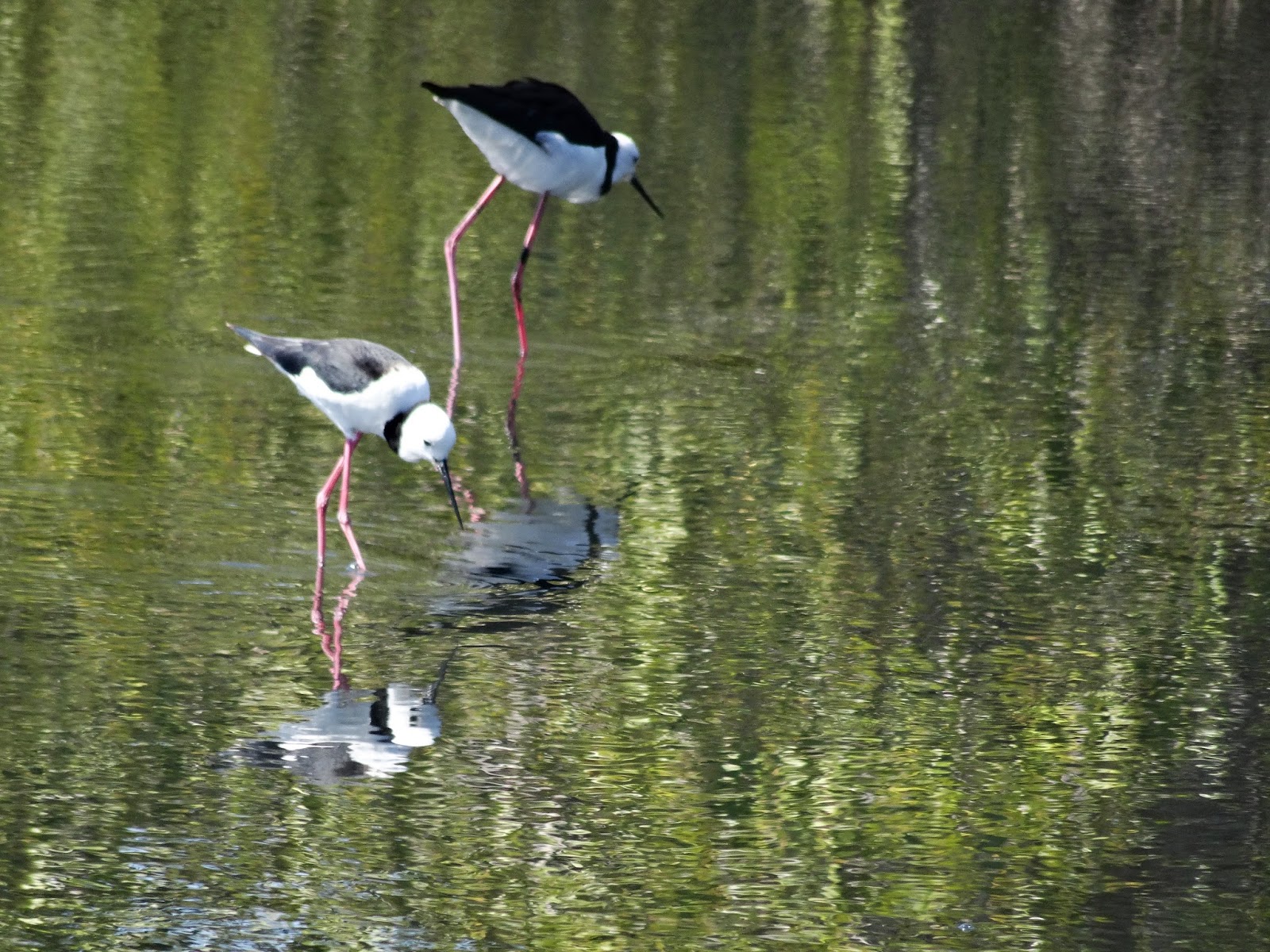 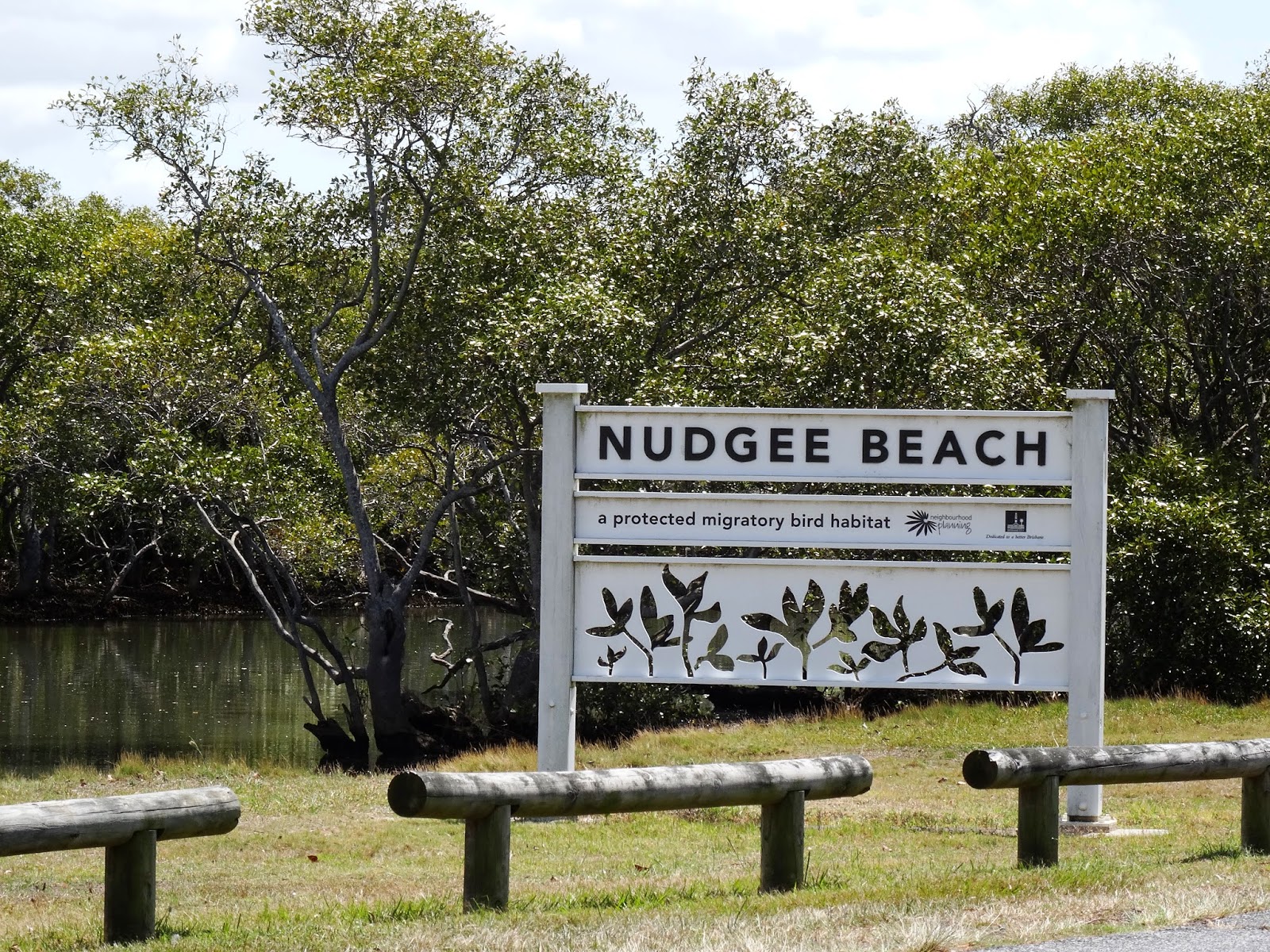 On reaching Nudgee Beach we diverted from the paved track, to walk through a park to a bayside jetty where we chatted with local fishermen. They'd had little success and their bait nets were being tangled by the swarms of large alien like jellyfish lazily floating by. 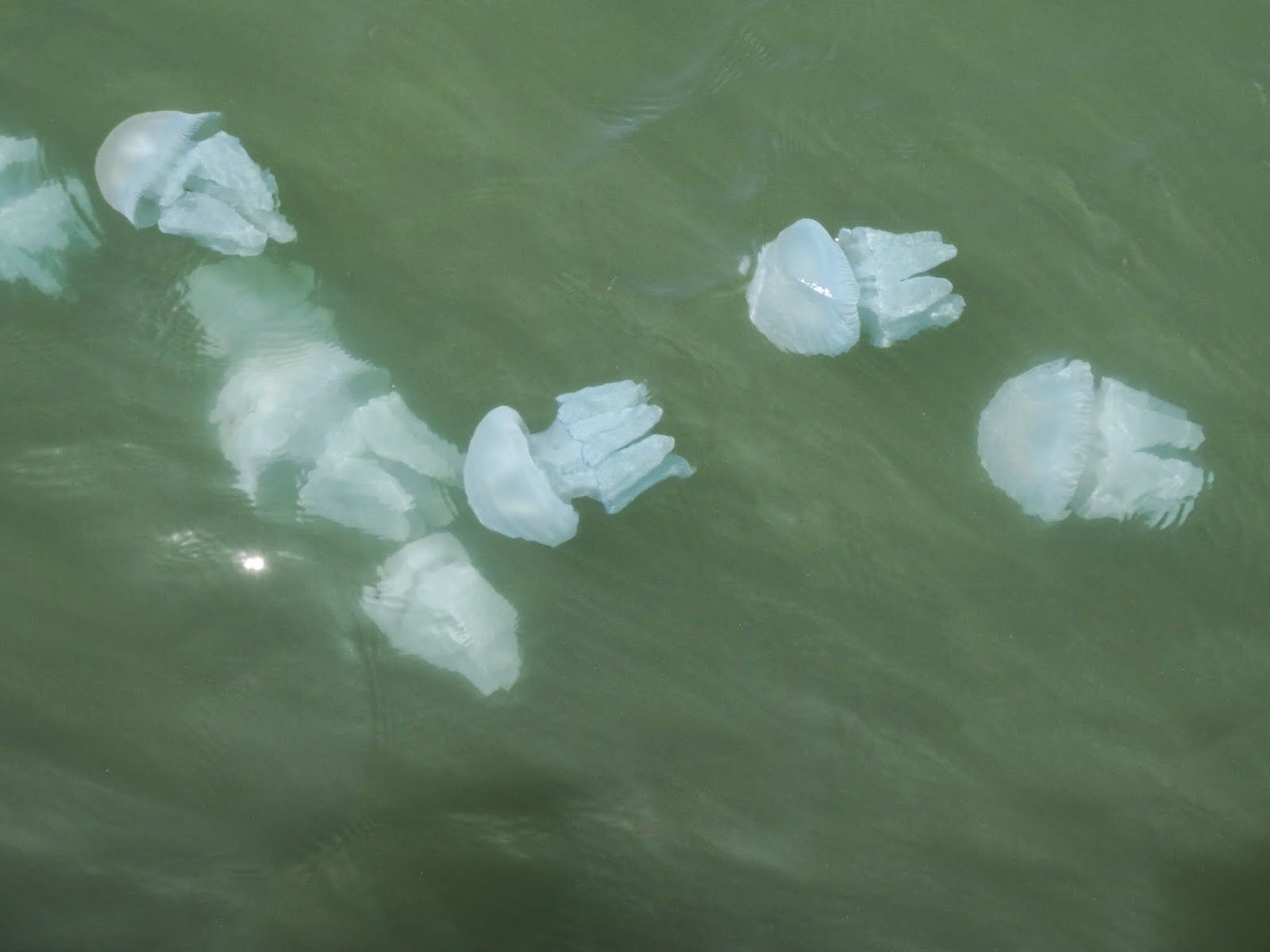 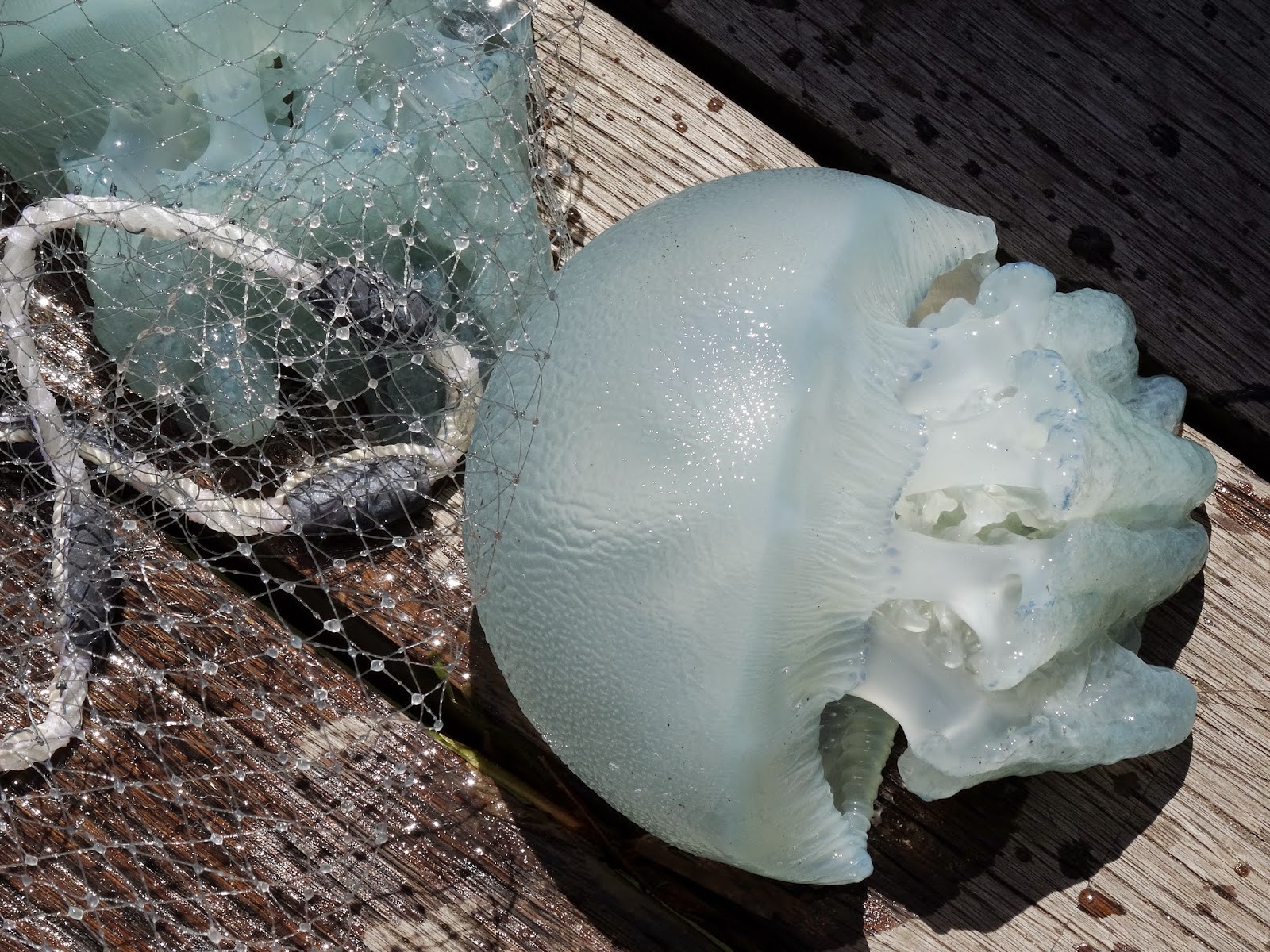 Rather than return to the path, we decided to explore the foreshore as far as possible. This enabled us to complete a circuit of Nudgee Beach. Initially we had to venture into the mangroves to negotiate a tidal inlet. 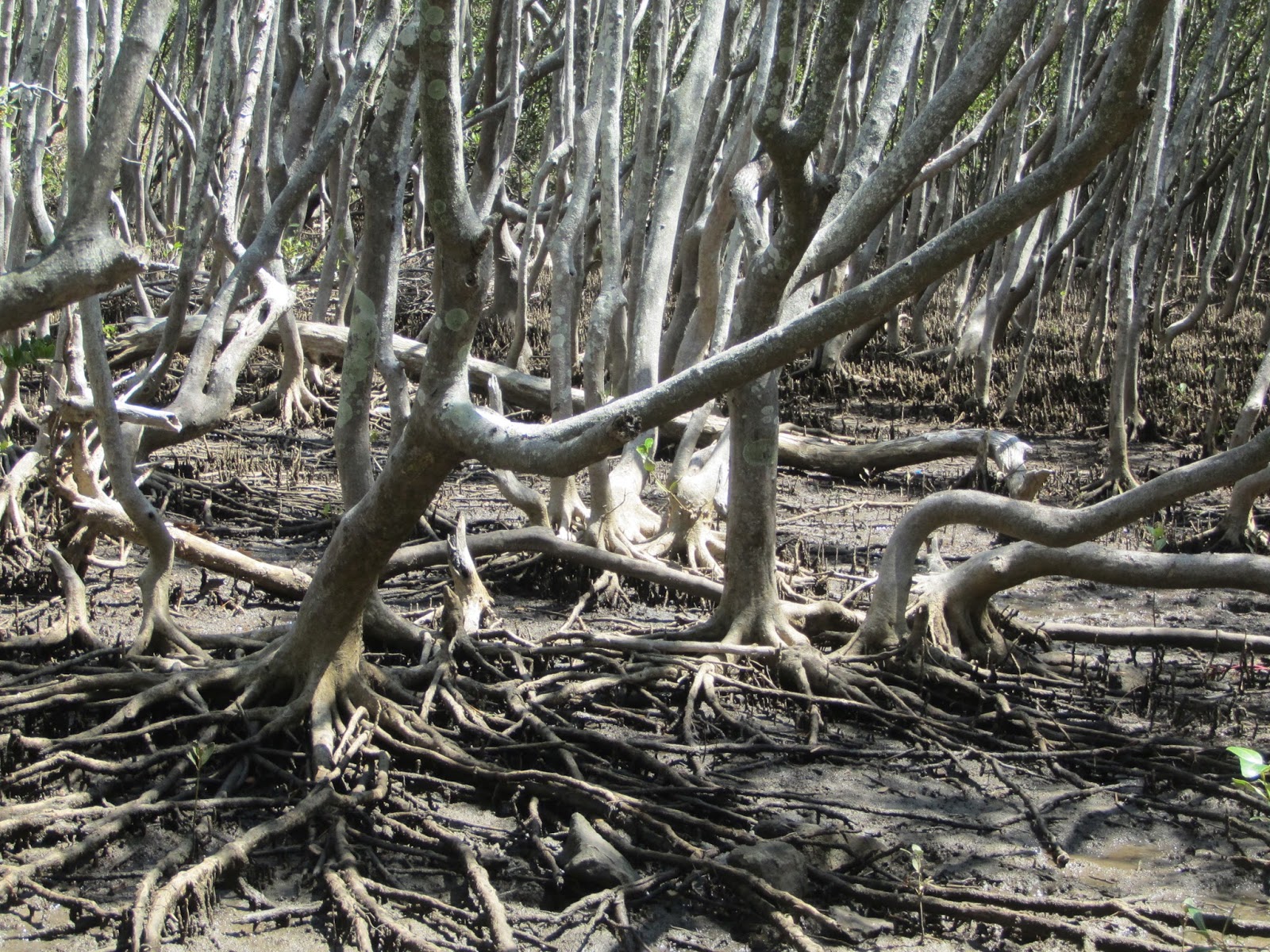 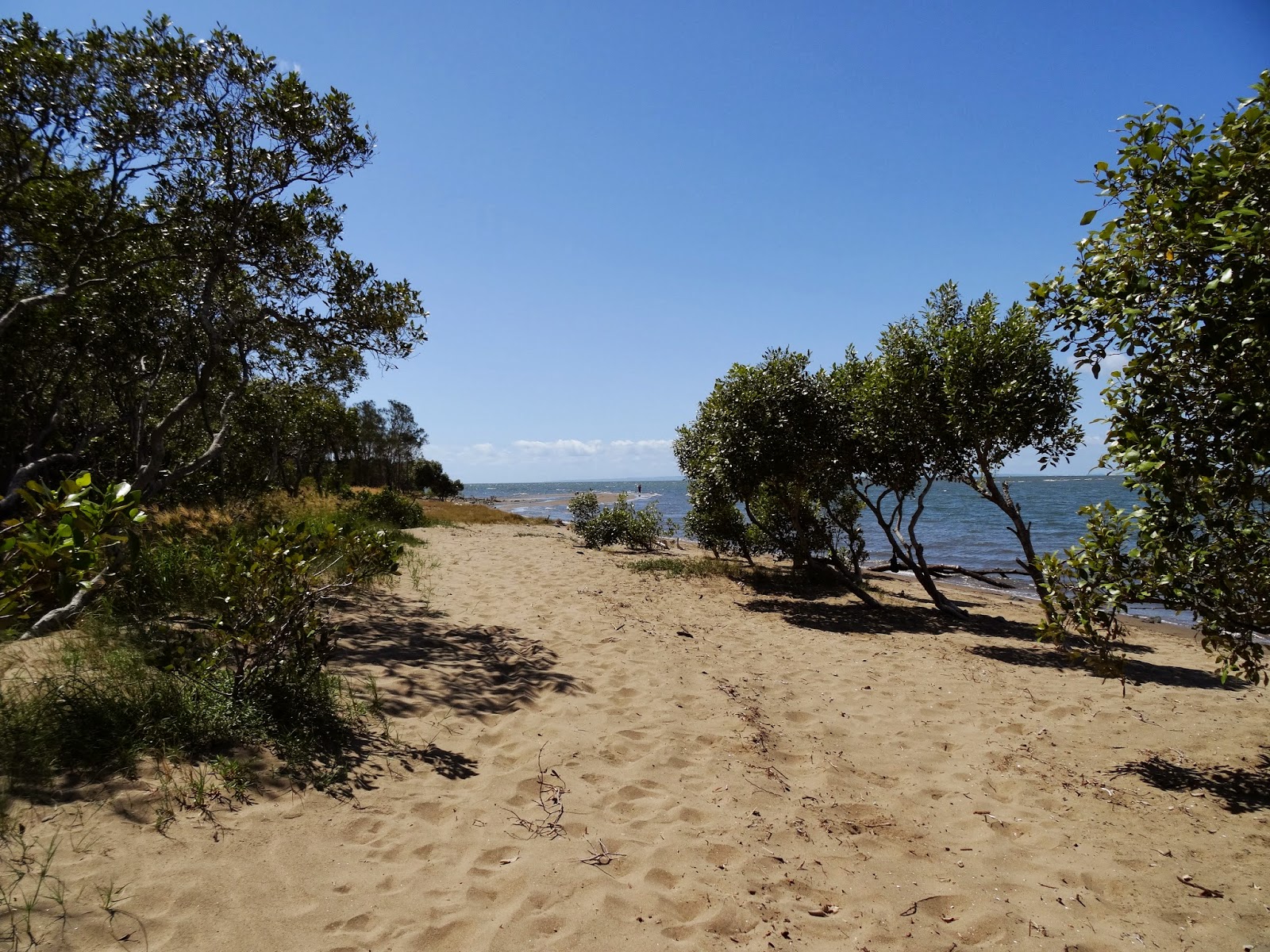 On rounding this bend, we entered extensive parkland with BBQ's and picnic tables. Margot and Laurel quickly nabbed one for some respite from the heat. It was soon agreed that this would be our lunch break as well. Perfect view again! 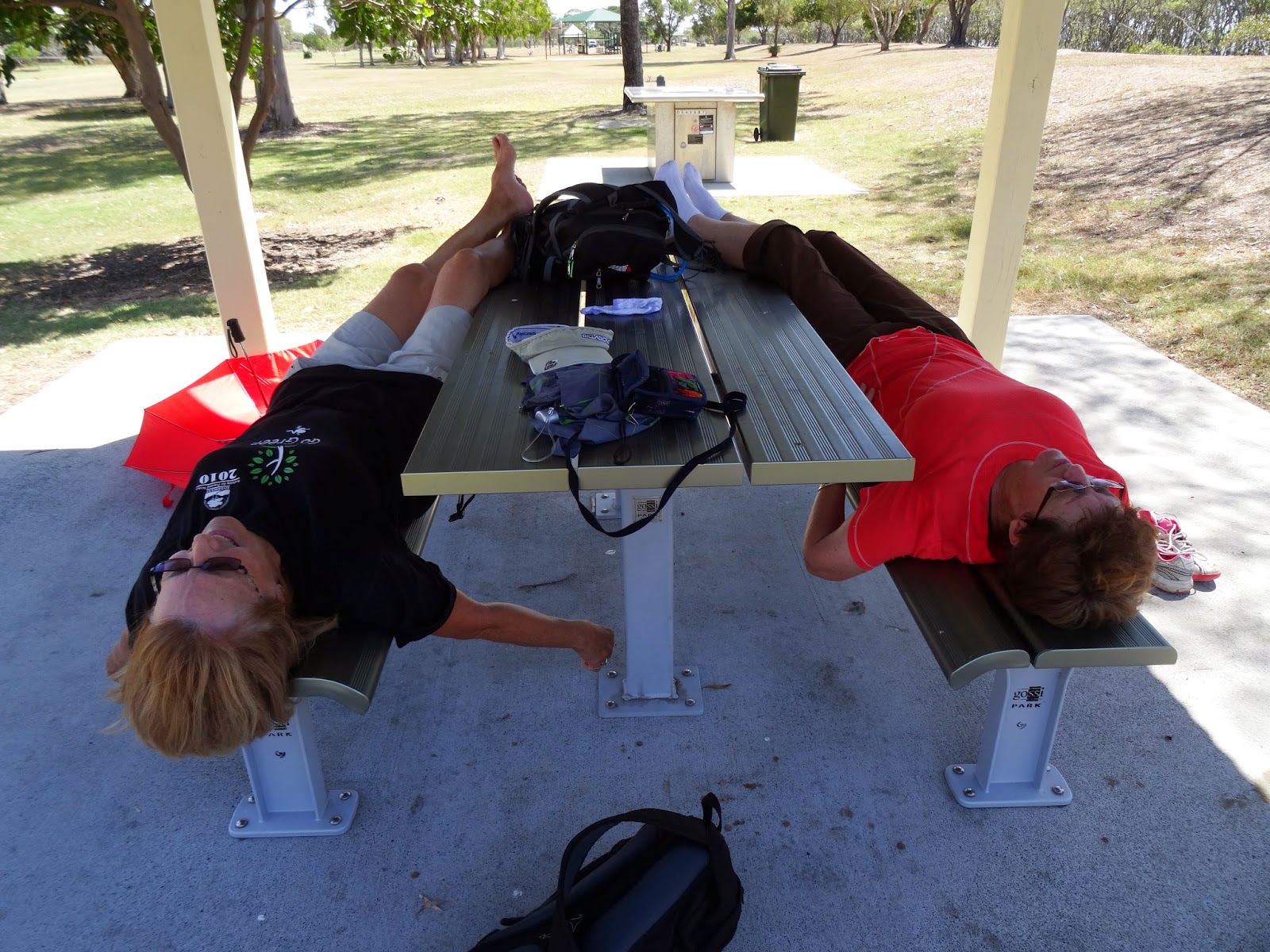 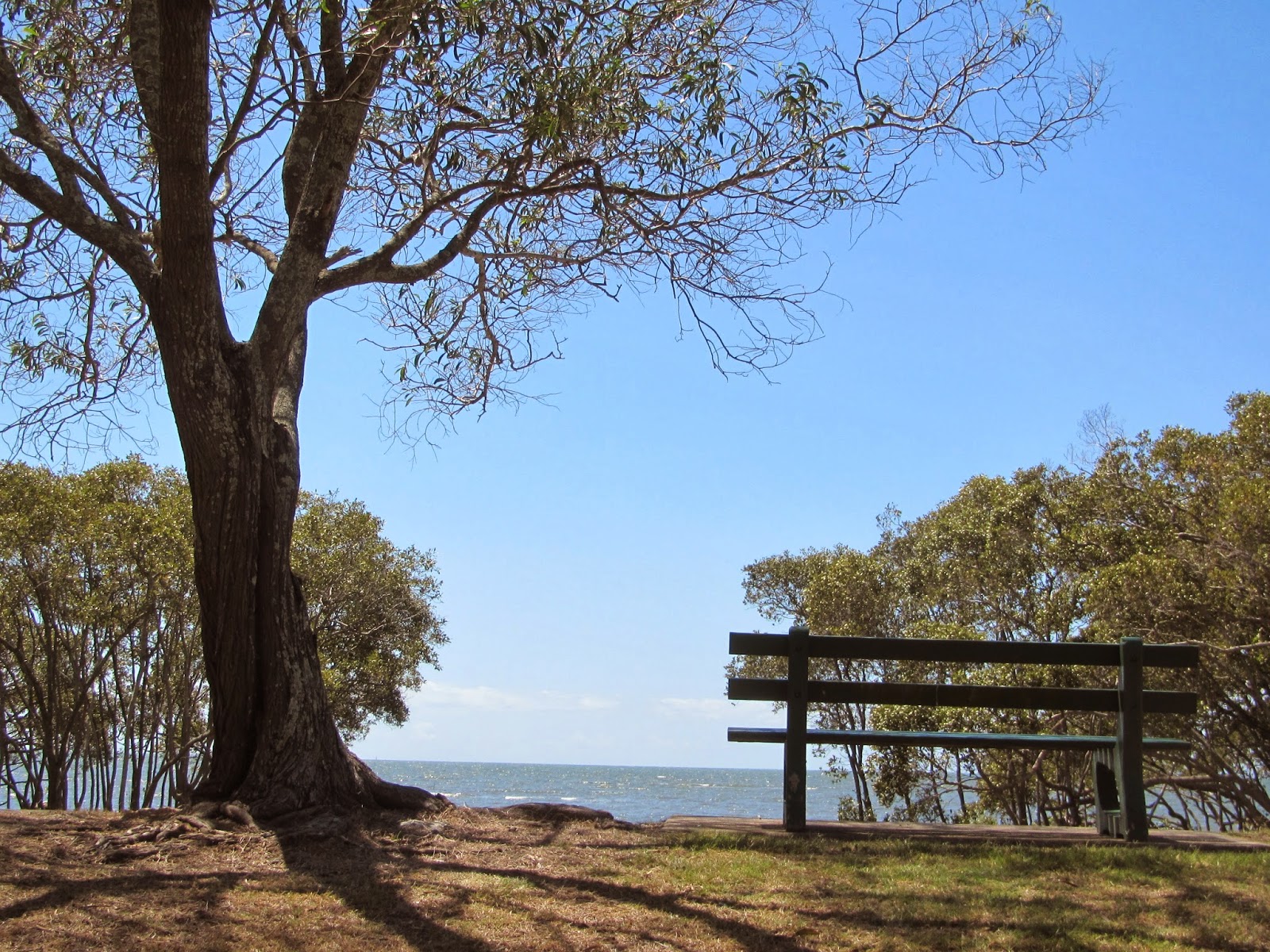 Nudgee Beach is an isolated, quiet, leafy, sleepy suburb of Brisbane, so it was enjoyable strolling its wide streets, admiring the mix of beach shacks and modern conversions. The flowering gums were vibrant, the magpie melodious and the roadside guavas delicious. 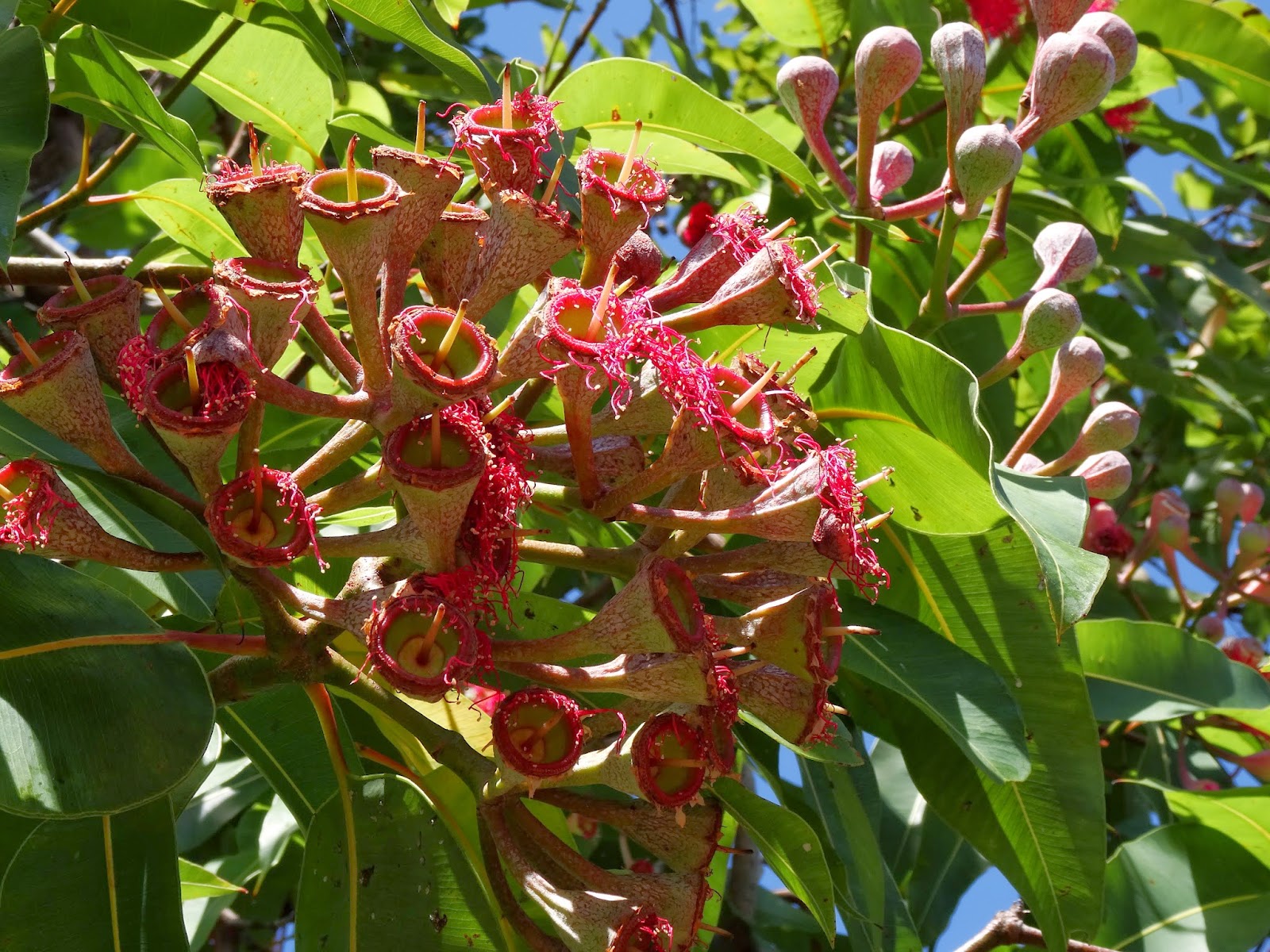 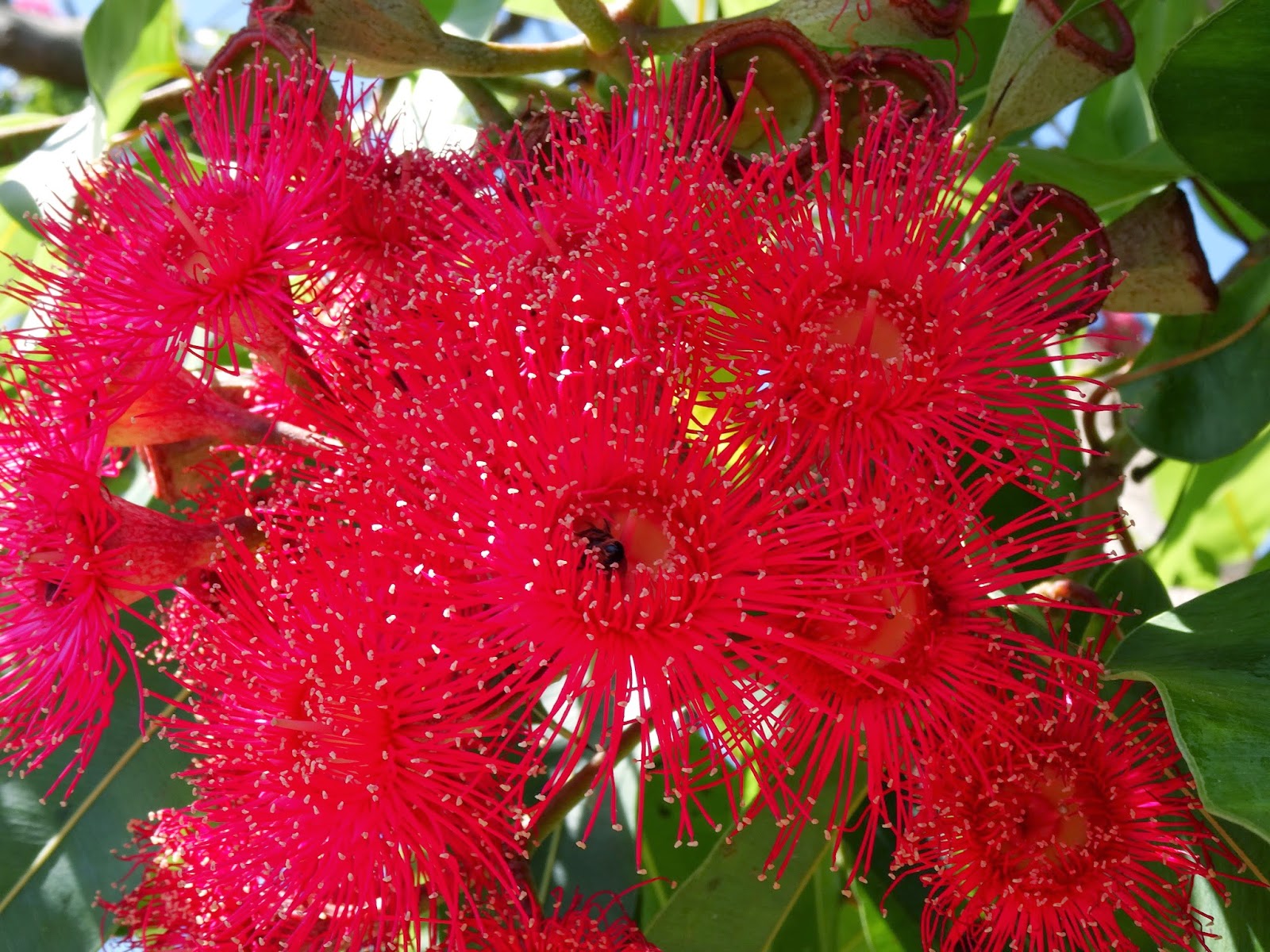 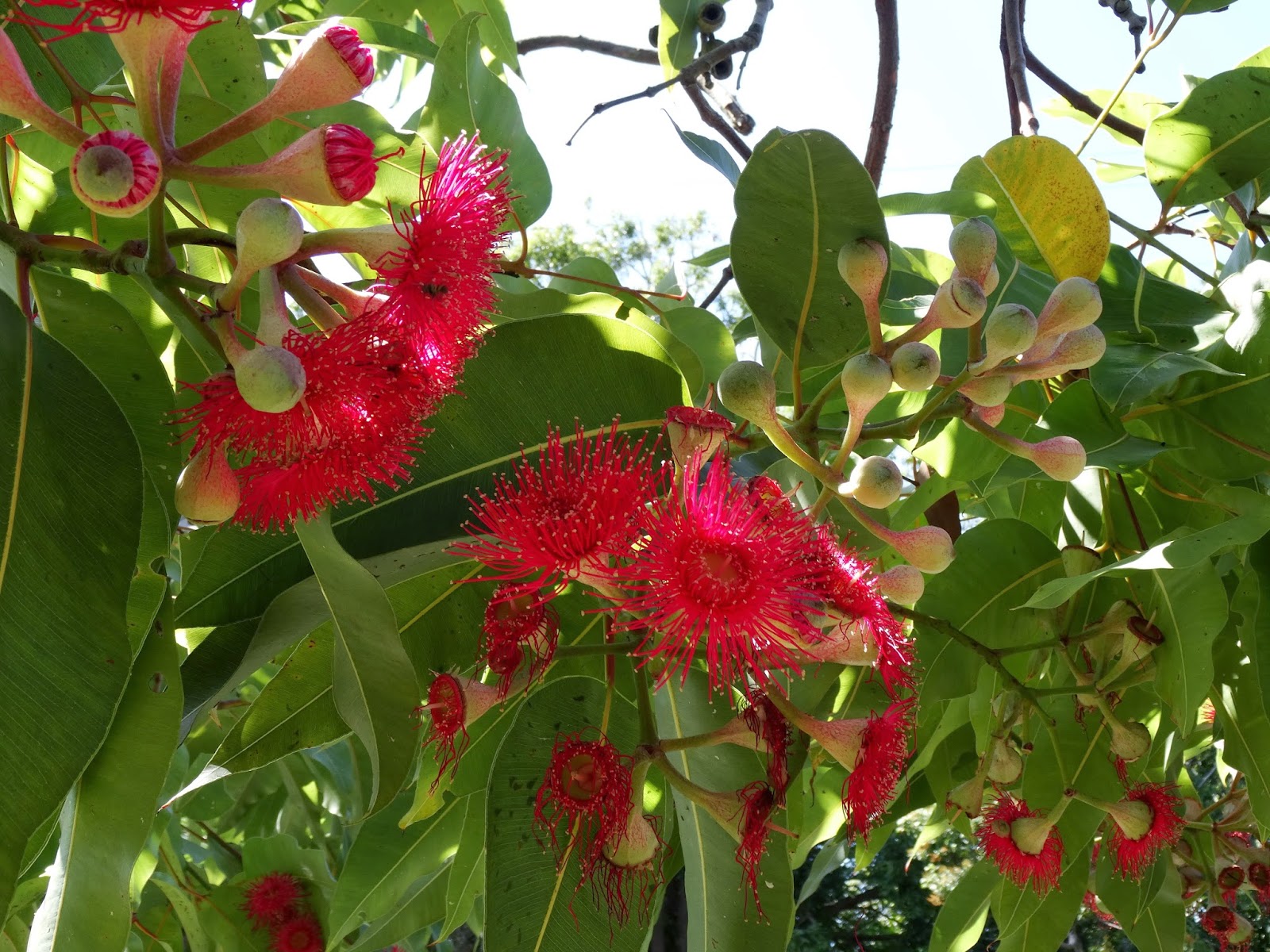 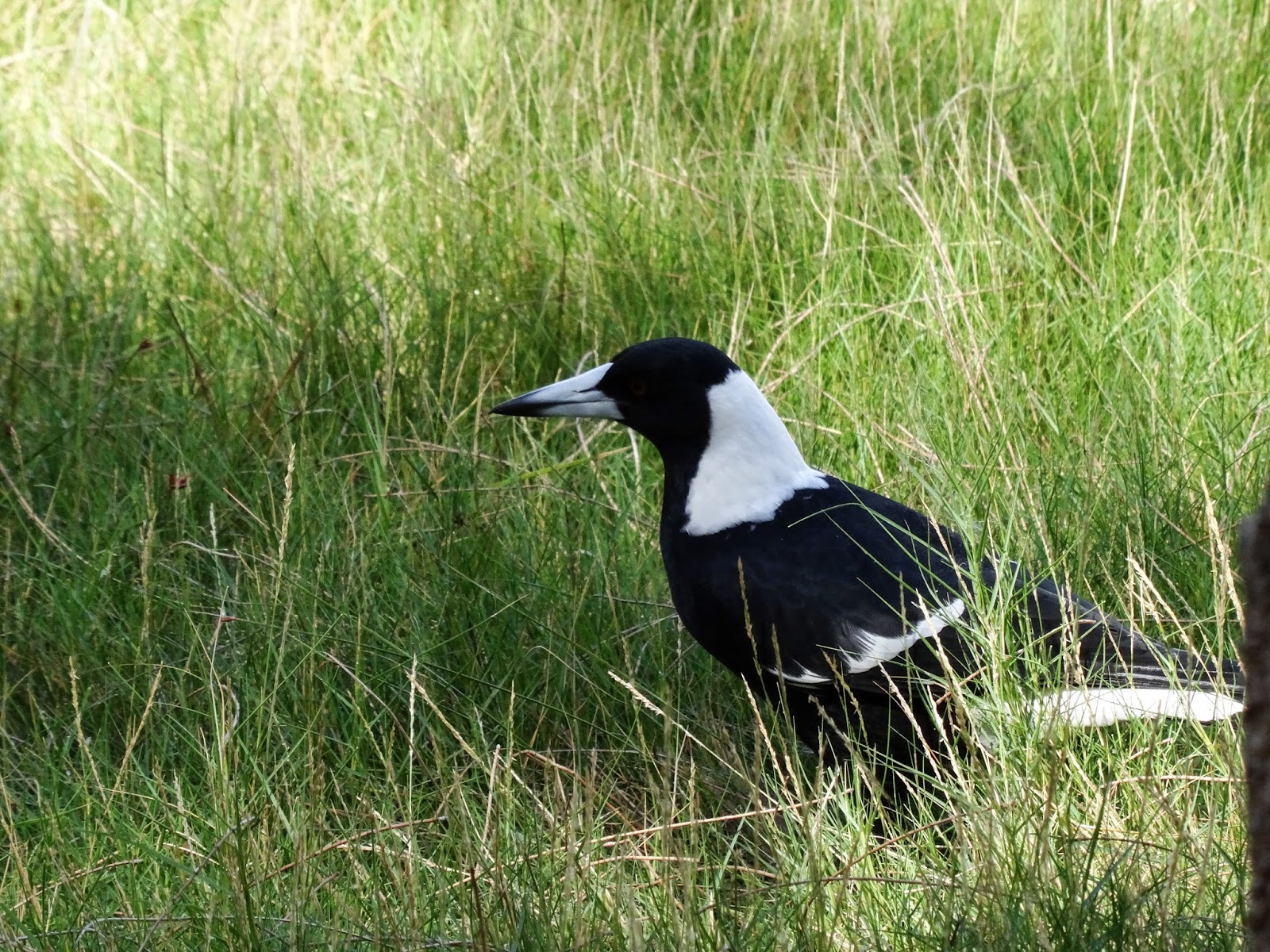 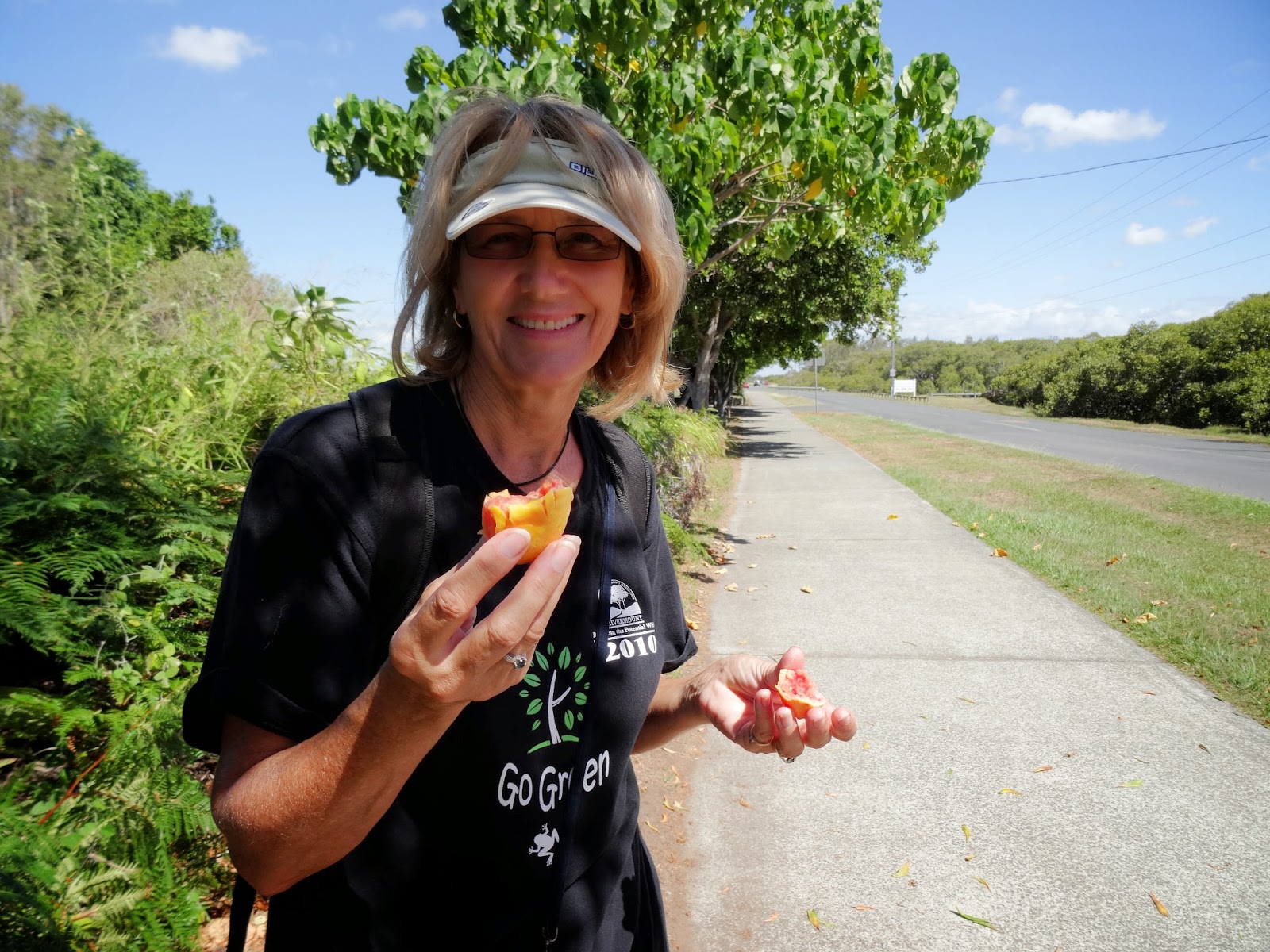 On our return we removed our shoes under the shade of the meleluccas, and were surprised to read on the GPS that we had accomplished 17 kms.  We were feeling a tad bedraggled, but still agreed that yet another walk 'down under' had been satisfyingly achieved. In the words of Laurel "Shedding some sweat in the wetlands, still beats a day at work hands down!" 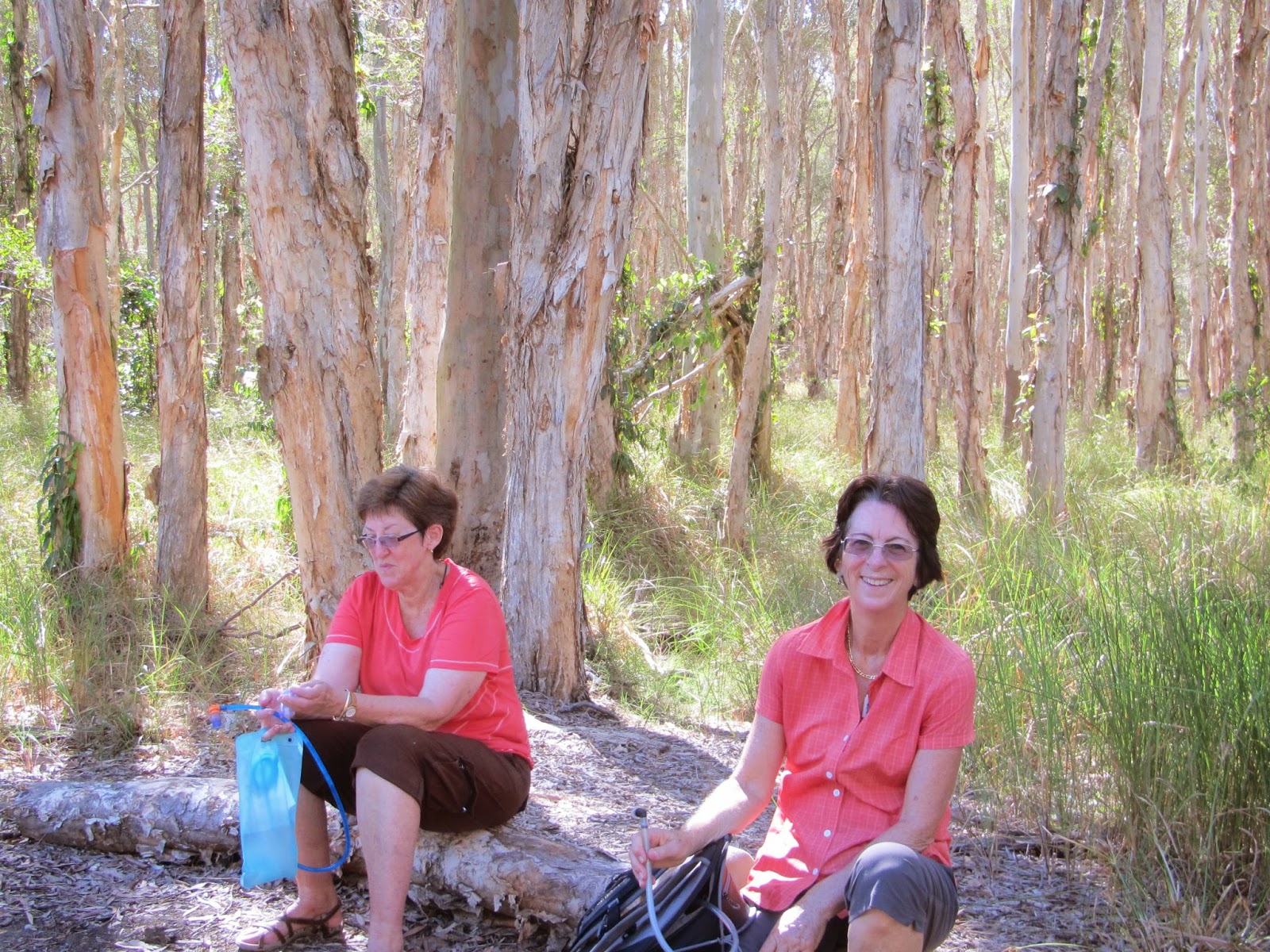 Thank you for visiting. I would love to read your comment to give me encouragement to keep writing.
For my friends who have difficulty leaving a comment, click on google, click on URL but only write your name and then click publish. Then you have  to type some letters in a box. If you don't succeed with them just try again.