As we planned our WA itinerary, all the websites hosted photos of its glorious aqua blue seas and pristine white sandy beaches.  The question was "Are they really as beautiful as the websites suggest?"

We quickly discovered that the answer was "Yes". Given that it was winter, with its associated weather conditions, of at times, gale force winds, I was well aware that we weren't seeing the sea at her best but her colours and moods had me mesmerised.

On arrival in Esperance, we headed for the scenic lookout and headland walk. 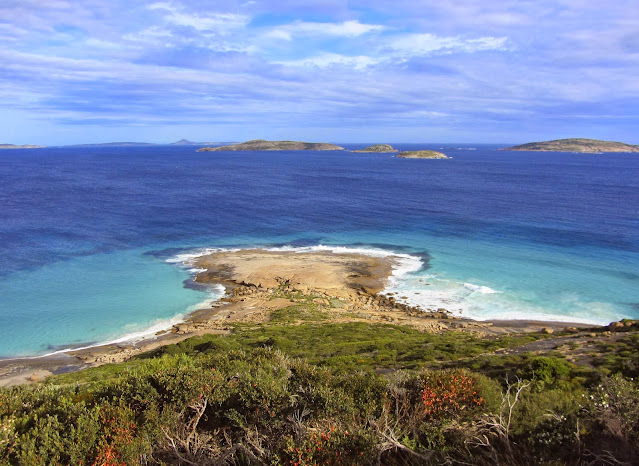 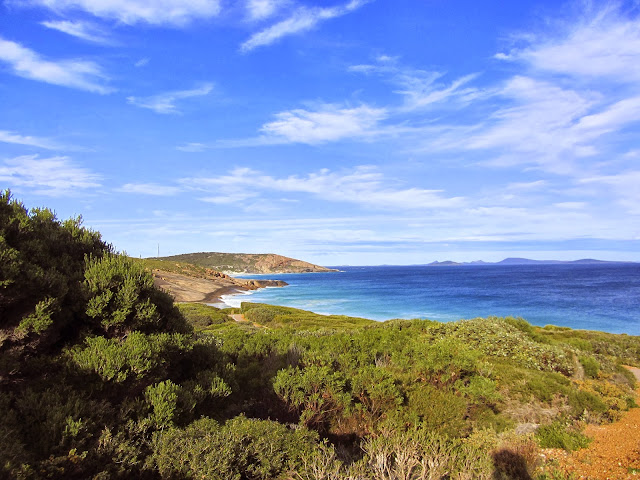 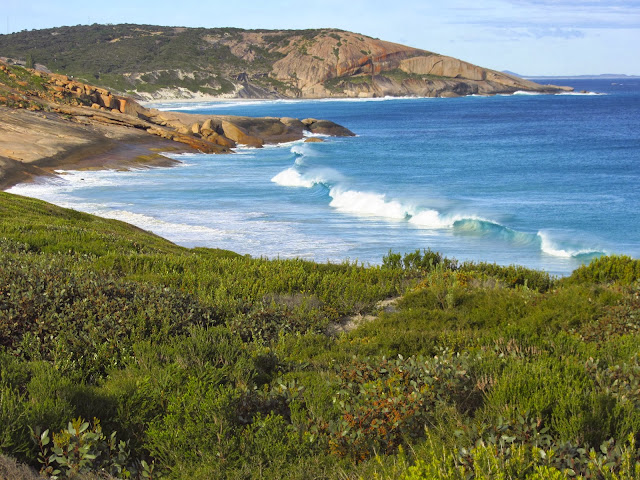 Then followed the coastal drive along Twilight Beach Road with many pull overs to view the mighty Southern Ocean. We stopped at one small cove for quite some time, as I marvelled at the constance of the size and regularity of the breakers rolling in, in an endless queue. They were monsters, but they didn't sound angry! 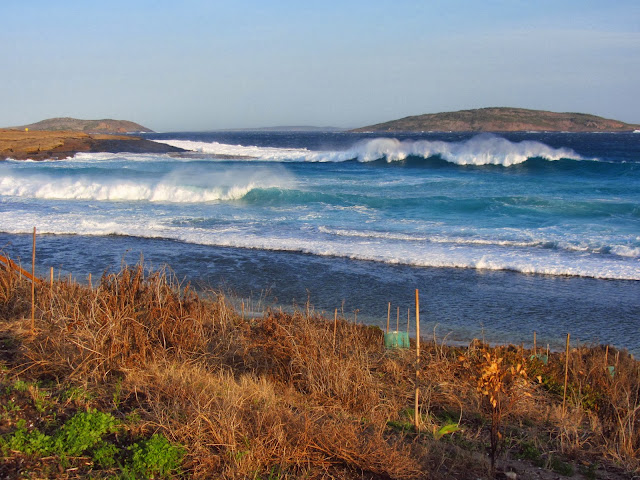 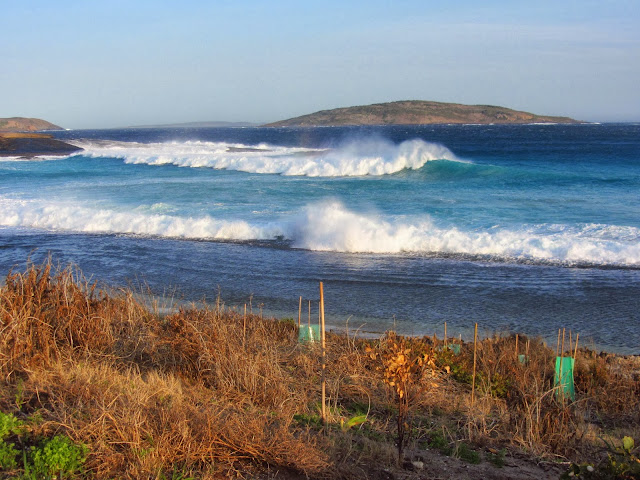 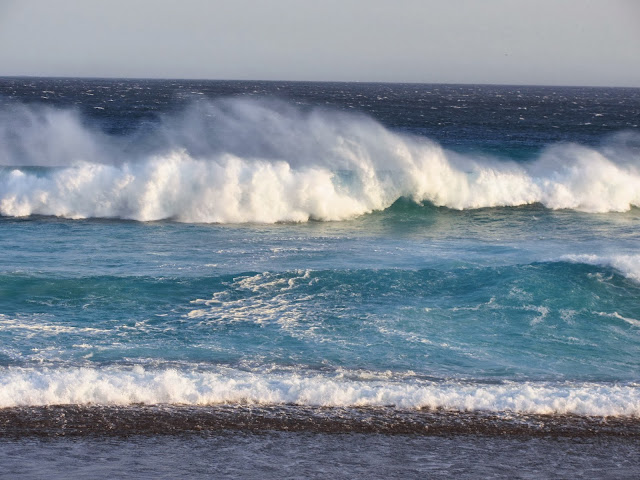 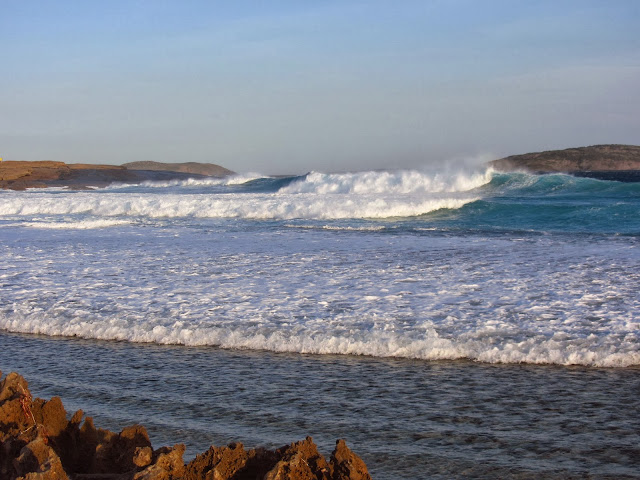 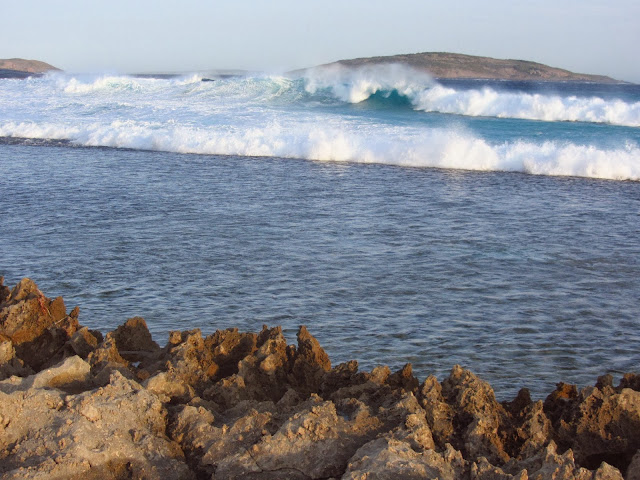 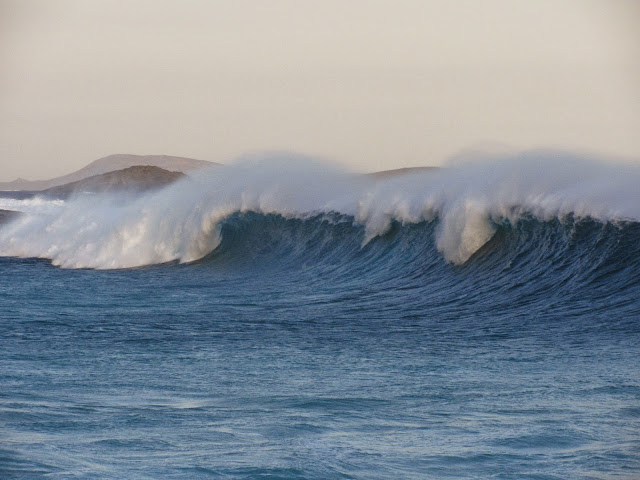 As we continued on, the light began to fade, softening the sun's rays until she dramatically sank in the west. 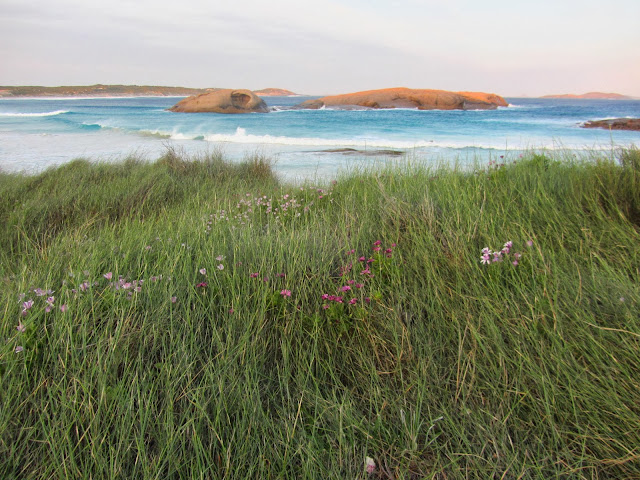 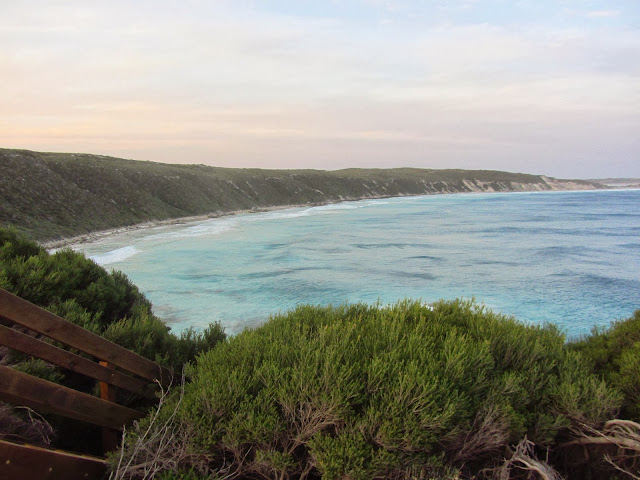 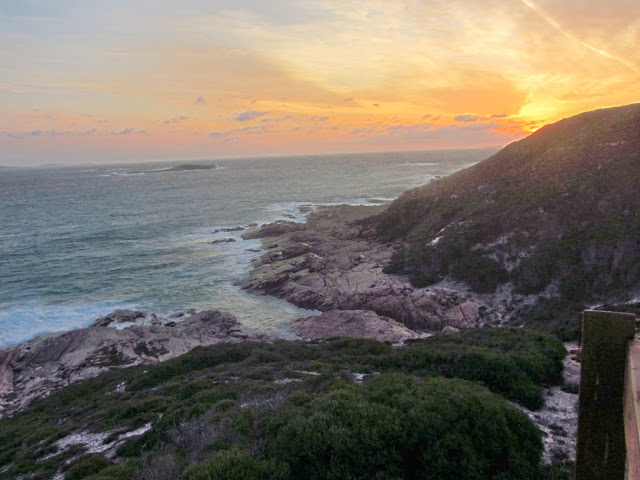 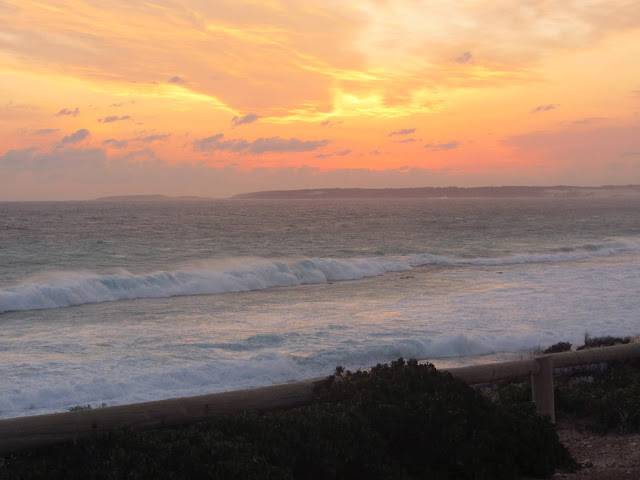 The following day we drove east to Cape Le Grande National Park. A long hike was planned following the coast line, but alas the promised well mark trail disappeared and we had to make do with 2 shorter walks. The pristine white sand and aqua sea were again the highlight for me. 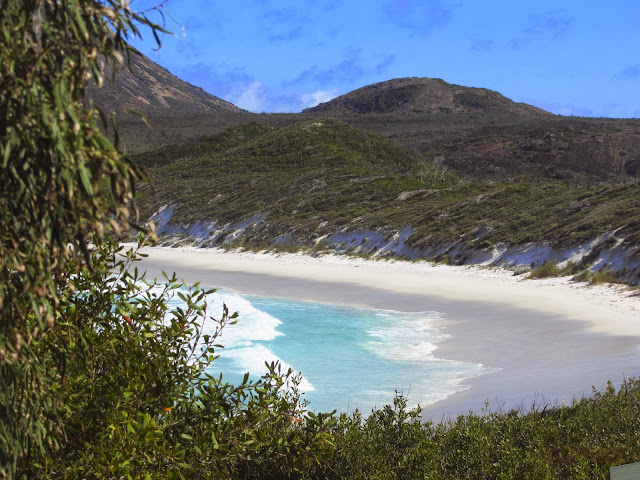 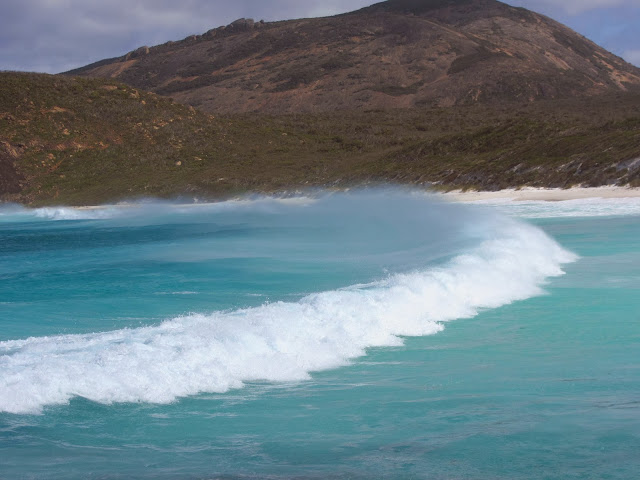 It was an extremely blustery day and the spray of the waves was being blown well behind. 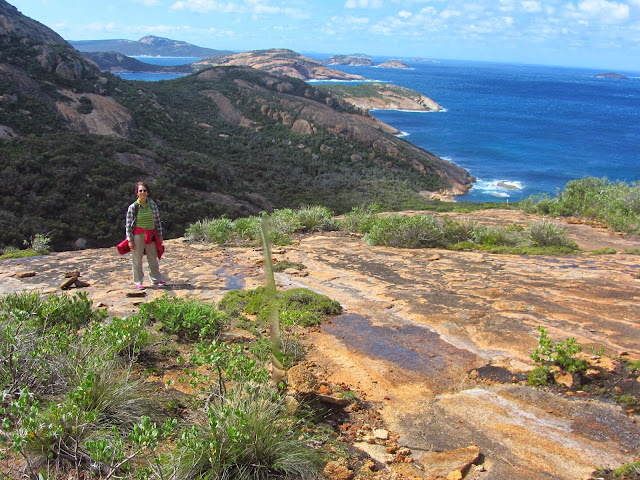 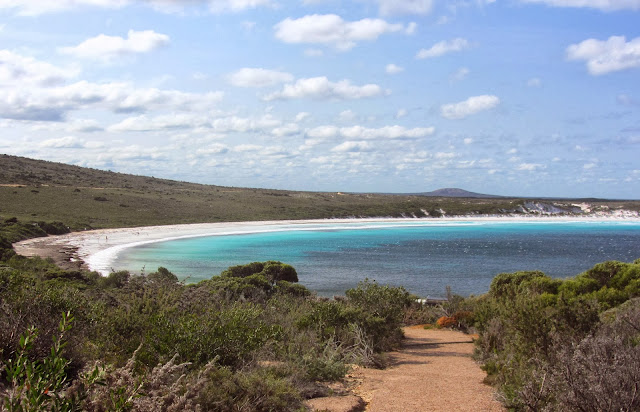 A shame these bays are too cold to swim in in winter, as they look so inviting, however I can't even begin to image how hot the sand must be to cross to the water in the heat of summer.

Thank you for visiting.
I would love to read your comment.
Posted by Helen at 04:10