To better enjoy the photographs please click on them to increase their size.

The morning of Wednesday 3 December, saw Jenny, Margot and I setting off walking from Portside Wharf, to explore the suburb of Hamilton. It was only 7am, but we wanted to beat the heat and humidity predicted for the day.

Hamilton is located on the banks of the Brisbane River, and is dominated by Hamilton Hill with its spectacular views of the river and city skyline. 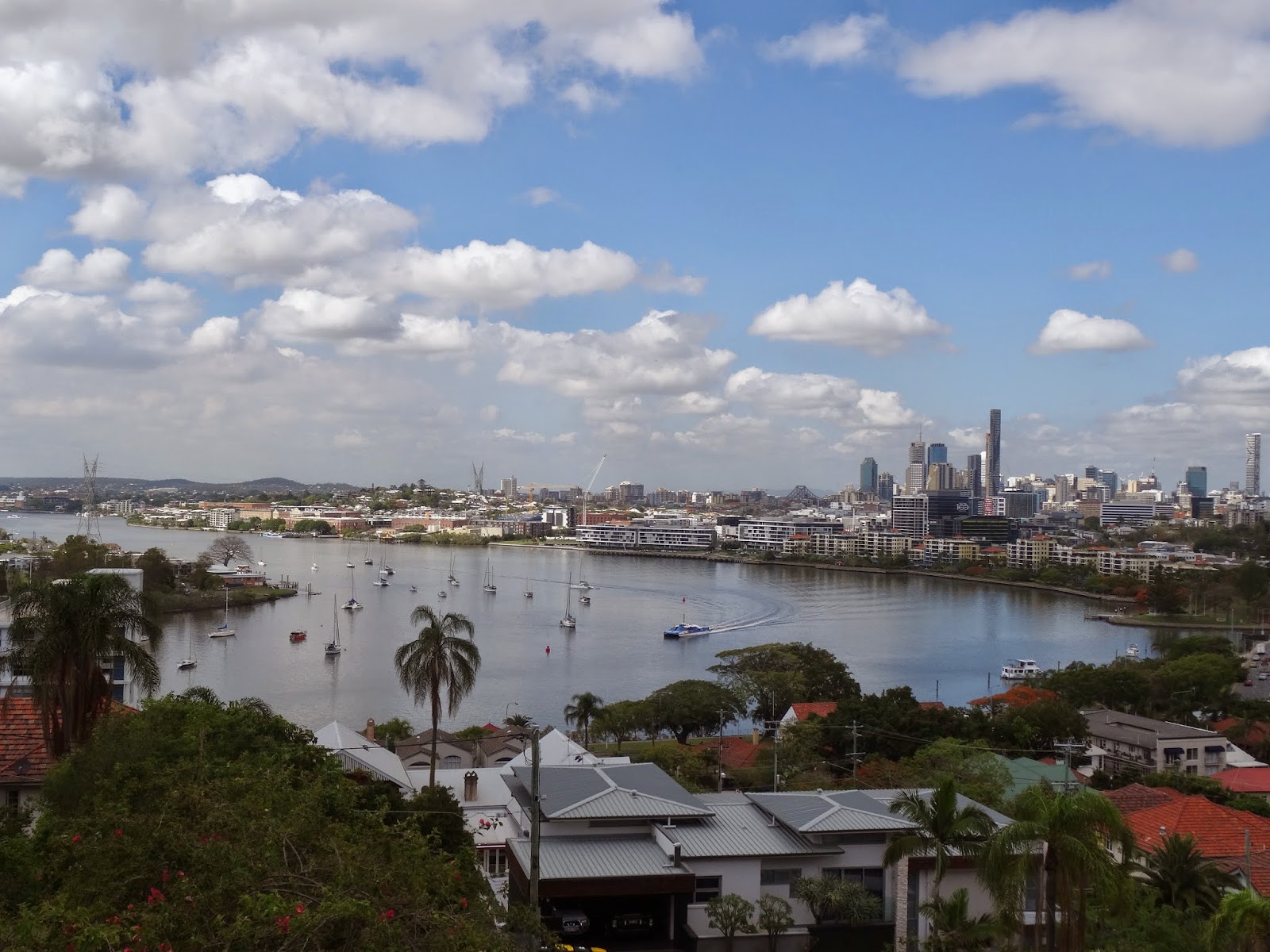 In the early days, Hamilton was home to aristocrats and clergy and today it is still home to many of Brisbane's richest families and celebrities. In 1883 a women's penal jail had been established in the area and the building of roads and land clearing, was carried out by convicts, so it has a mixed history and many architectural styles.

Using the walking notes from the book, 'Walks in Brisbane', we were able to discover the more noted residences and building styles. Being an older suburb, we were able to walk in the shade of the magnificent, orange flowering, poinciana trees. Unfortunately many of these were shredded by the hail of last week's super cell storm and numerous windows were also spotted boarded up.

St Augustine's Anglican Church was erected in 'thanksgiving for the Empire's victory' in the 1st World War. 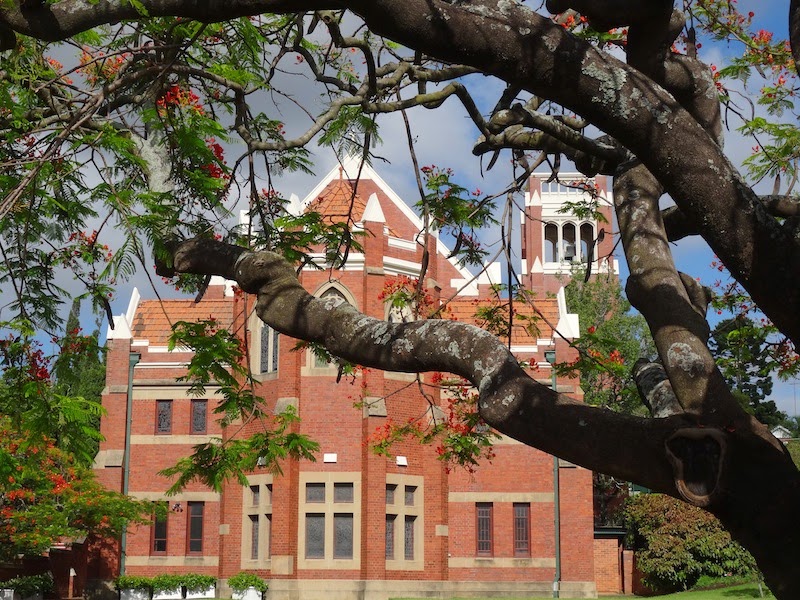 The tower was built in 1961 to remember those who fought in the 2nd WW. 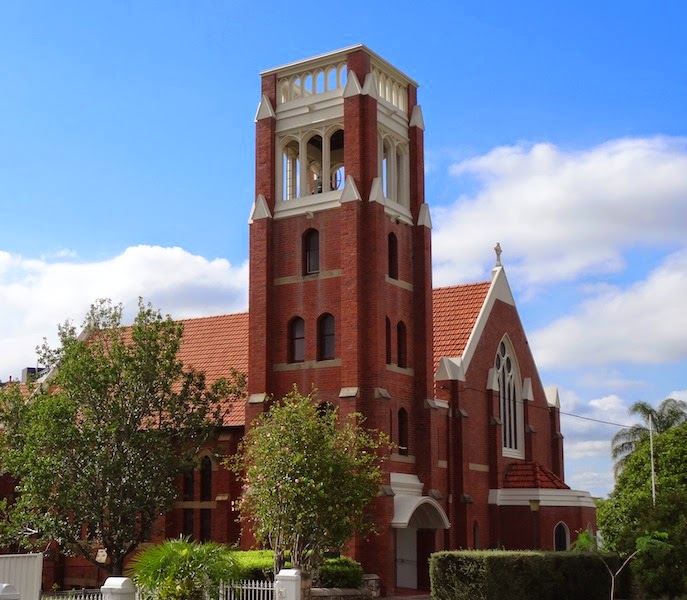 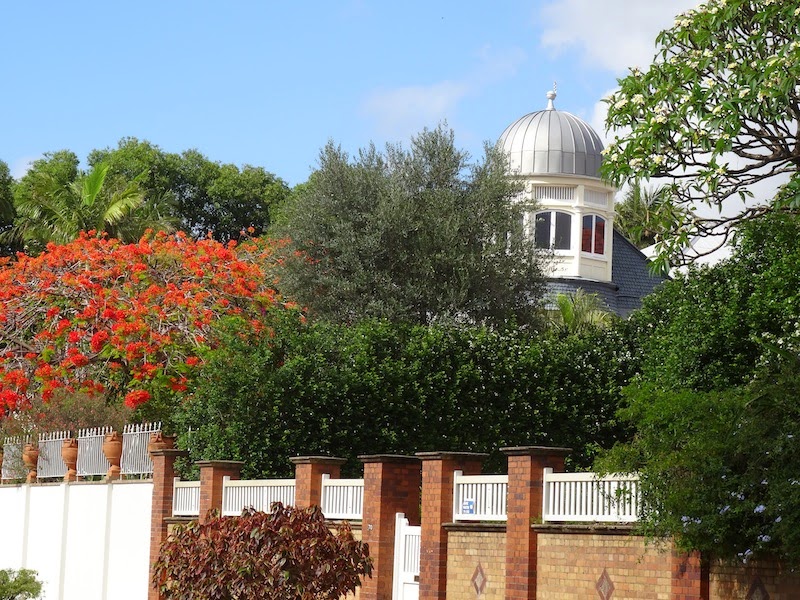 Our notes told us to view the elaborate, entrance staircase, of this home and no more. Tonight's research has uncovered the statement that the home is 'steeped in history and tradition'. A real estate site gave me a virtual tour of the interior, with its turn of the century classical beauty, along with an Indian Colonial theme - quite opulent! 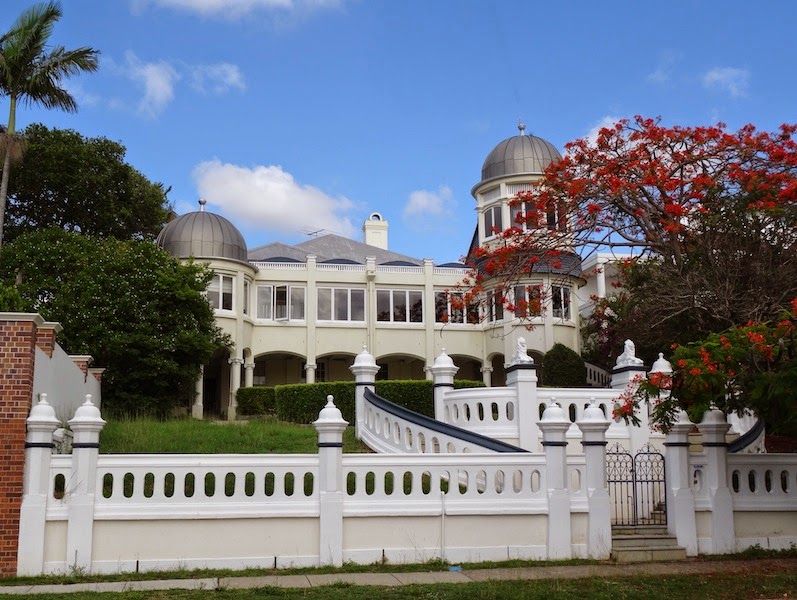 Many of these homes typify the early 'Queenslander' with their wide verandahs and balustrades. 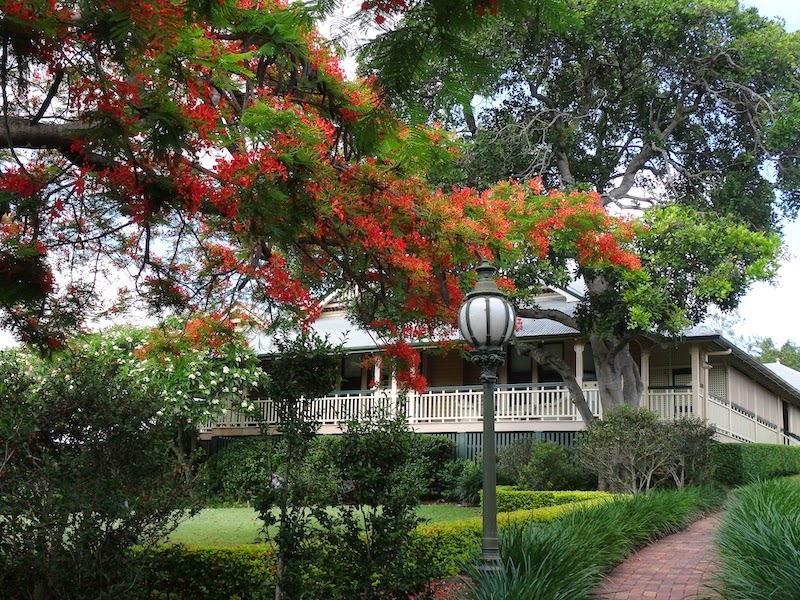 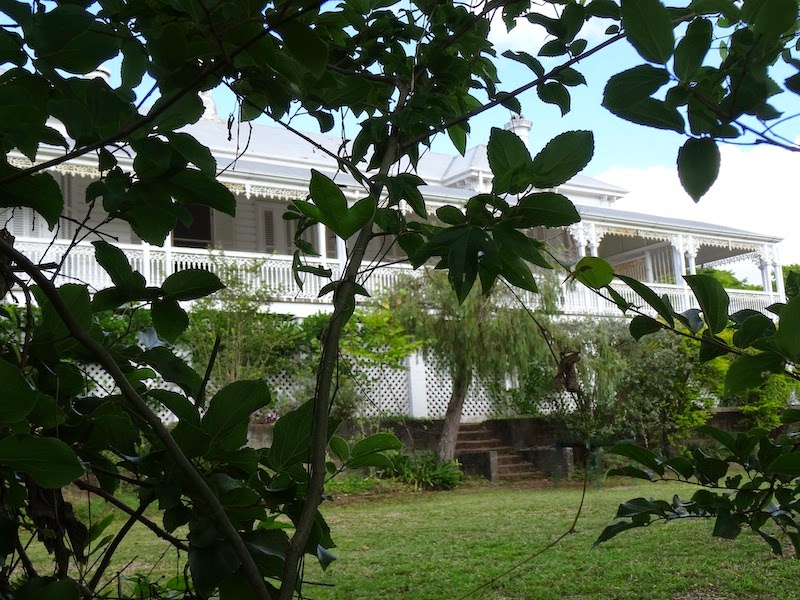 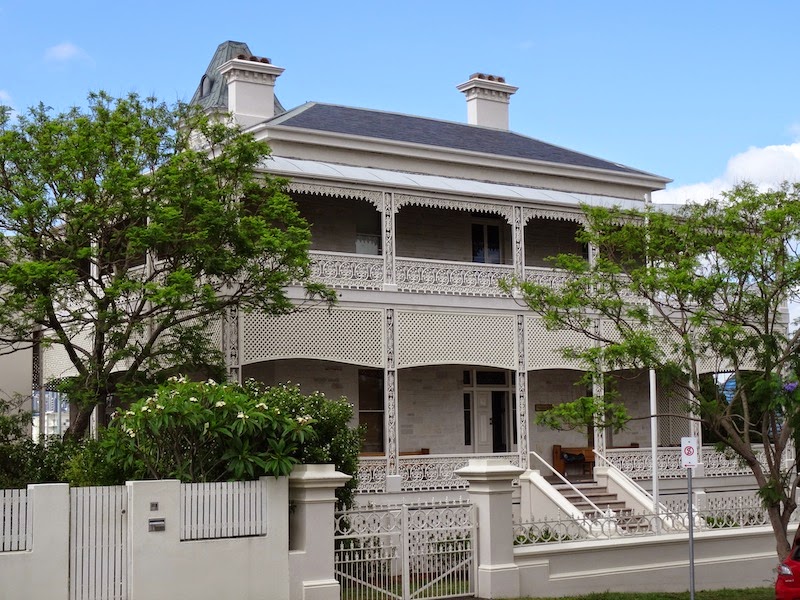 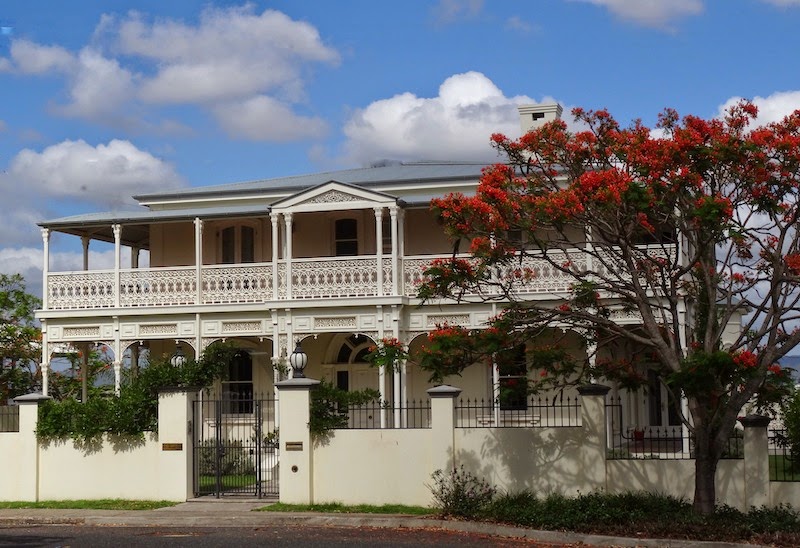 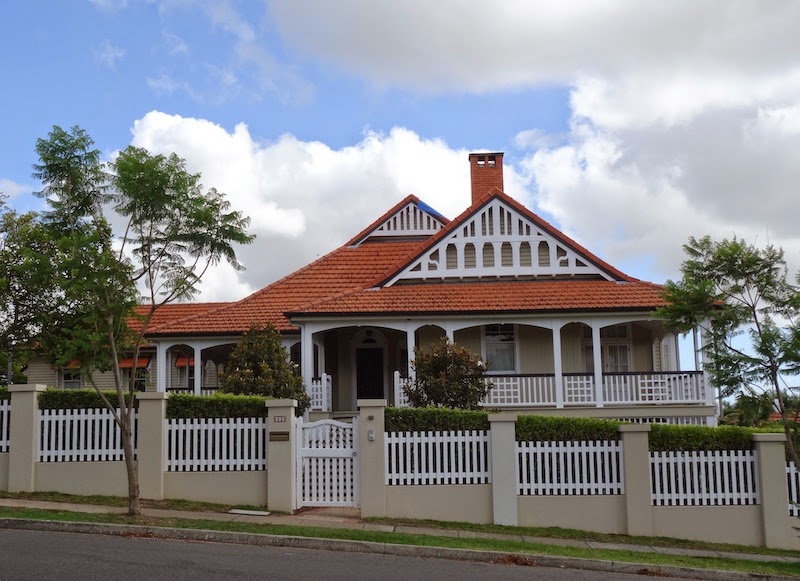 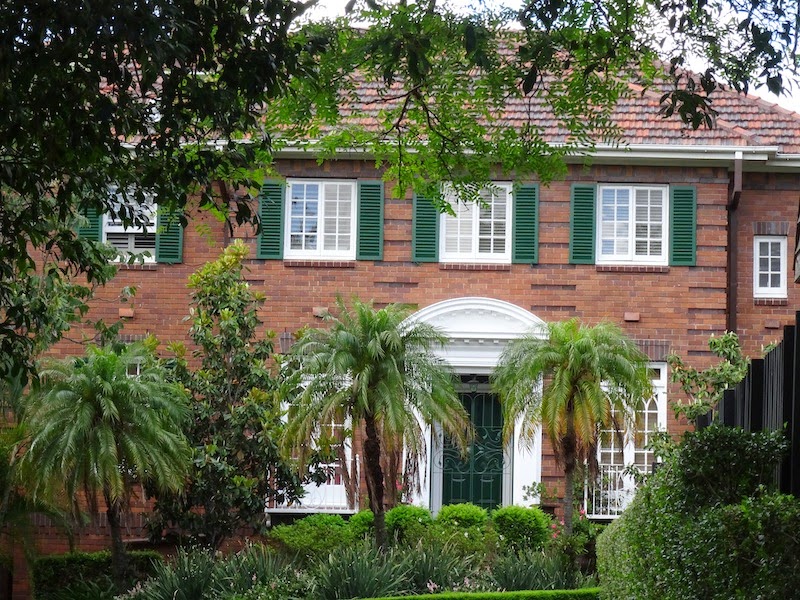 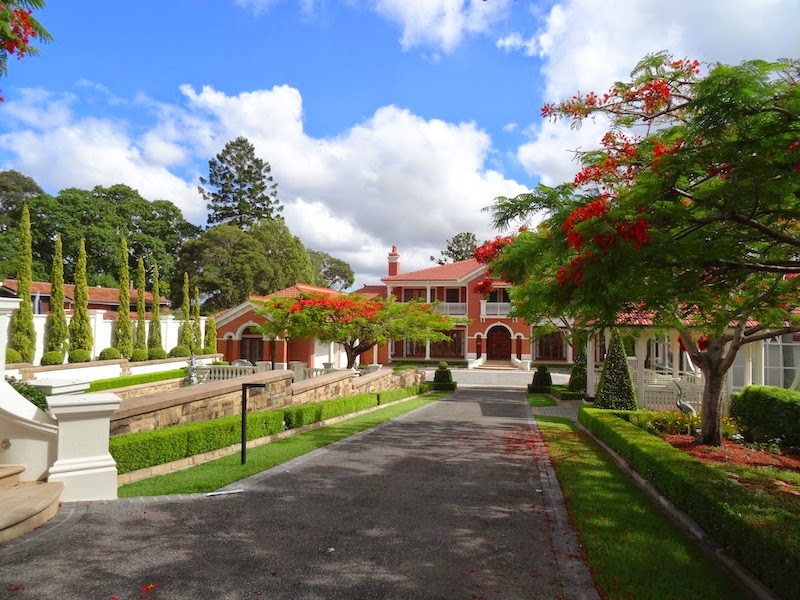 This home [below] caught our attention because of the acreage it was sitting on, its beautifully landscaped gardens, pool and tennis court. We wondered if anyone of note lived there. It didn't rate a mention in our notes. Research has only informed me that in Feb 2013 it sold for $6.5 million. 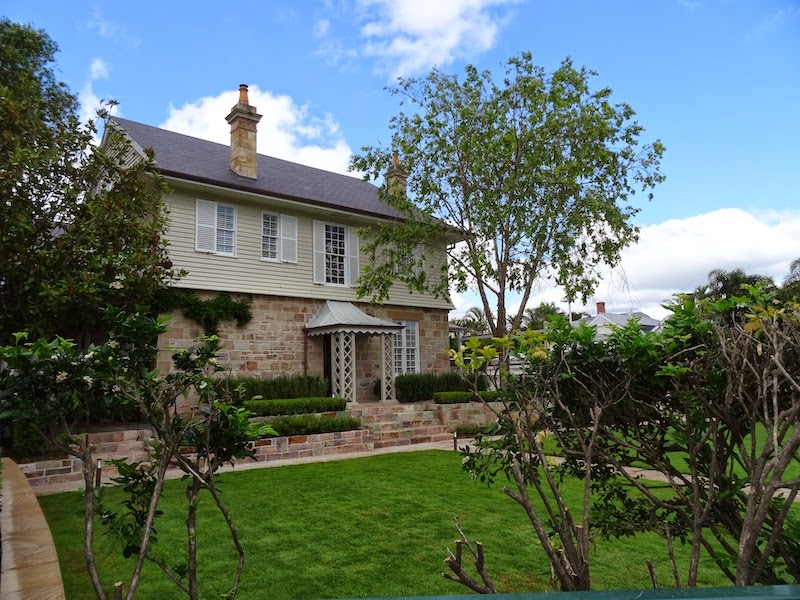 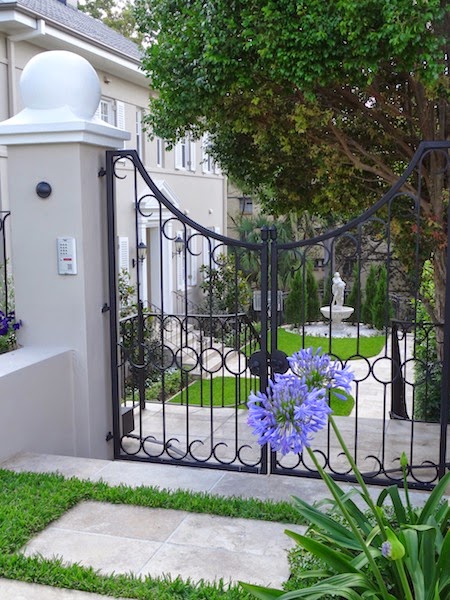 Below is an unexpected photo taken in the grounds of Toorak House, the oldest and grandest home in the area, which sits atop Hamilton Hill, on large average. It was built in 1867 for the Hon James Dickson, twice Premier of Qld,  his wife Annie and their 13 children. The fencing of the grounds prevented me from taking a decent photo of the home. 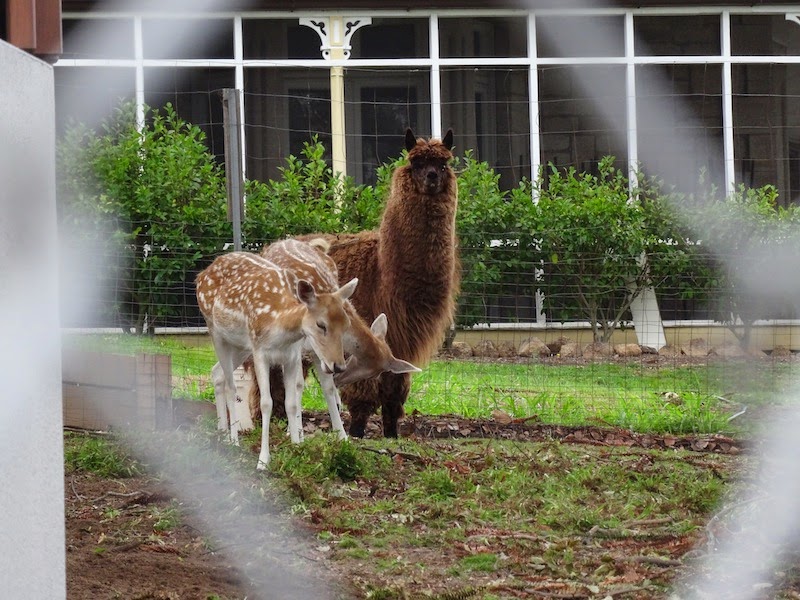 Today's 'walking down under' found us not only catching our breathe for the grandeur of the homes, but also for the charming gardens surrounding them.
The trunks of the many fragrant frangipani we saw, told us that they have witnessed the history of this beautiful suburb unfold. 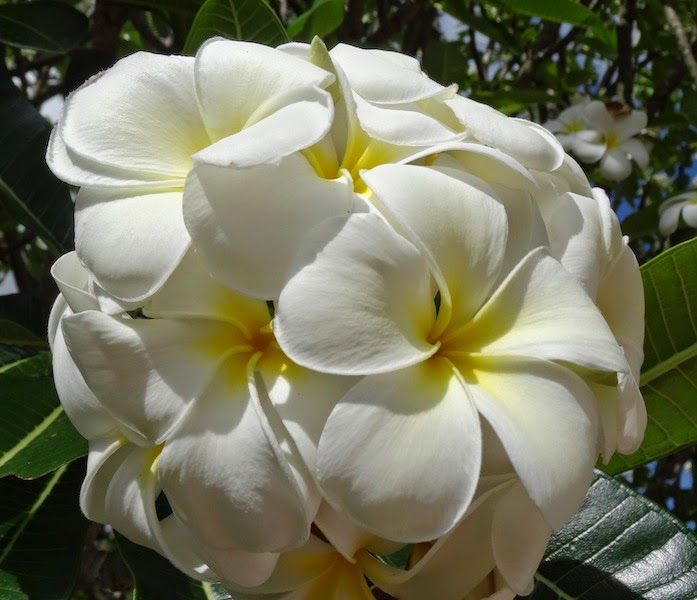 Thank you for visiting. Please leave a comment if you have enjoyed the read.